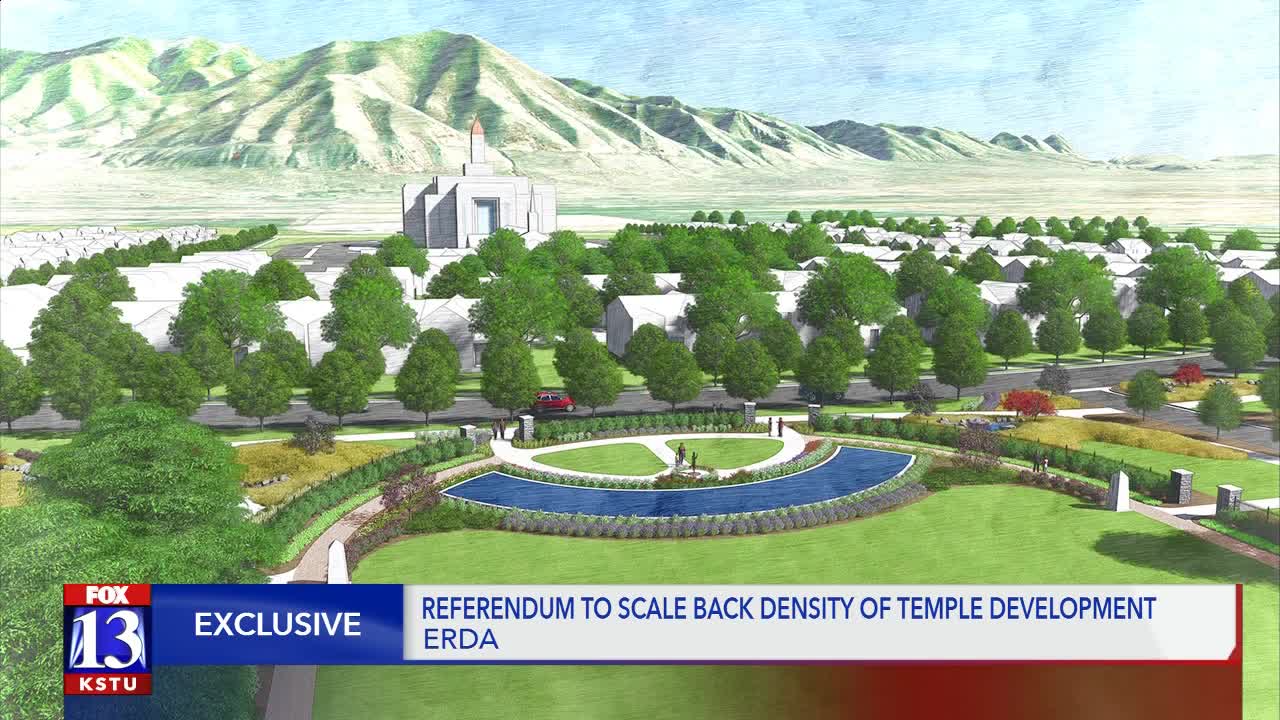 The Church of Jesus Christ of Latter-day Saints recently announced plans to build a temple and residential community on what is currently farmland in Erda, and some citizens fear that development could change the way of life in this rural community.

ERDA, Utah – Several residents are pushing back against a large development planned for a small community.

Recently, The Church of Jesus Christ of Latter-day Saints announced plans to build a temple and residential community on what is currently farmland in Erda.

In June, the Tooele County Commission approved a rezoning ordinance giving the project the green light.

Now, some citizens fear that development could change the way of life in this rural community.

“It’s sad to me,” said Monica Kennedy who has lived in Erda for more than two years. “I hate that we are a small town and they are bringing in a big city development.”

The plan calls to build hundreds of homes on a parcel of land that is roughly 150 acres.

“Originally, this land was zoned for 1-acre lots. With the temple coming in, they pushed for a higher density plan,” Kennedy said.

To try to pause the development, Kennedy and several others are organizing a referendum. They are attempting to gather nearly 2,500 signatures countywide by mid-August to allow voters to decide the rezoning issue on the November ballot.

The issue is a sensitive one for residents who want to preserve the small town qualities of their community, but who are also members of the church.

“Being LDS, I recognize the prophet announced there would be a temple in the Tooele valley,” said Ryan Sorensen, an Erda resident who supports the referendum.

Supporters hope the noise made by referendum will cause developers to rethink the current plan and come up with a compromise.

“We know our valley is going to grow, we want it in harmony with what we have established out here,” Kennedy added.

FOX13 reached out to the Church of Jesus Christ of Latter-day Saints for a comment and has not heard back.