Even as COVID-19 impacts the Navajo Nation, LGBTQ Pride recognized 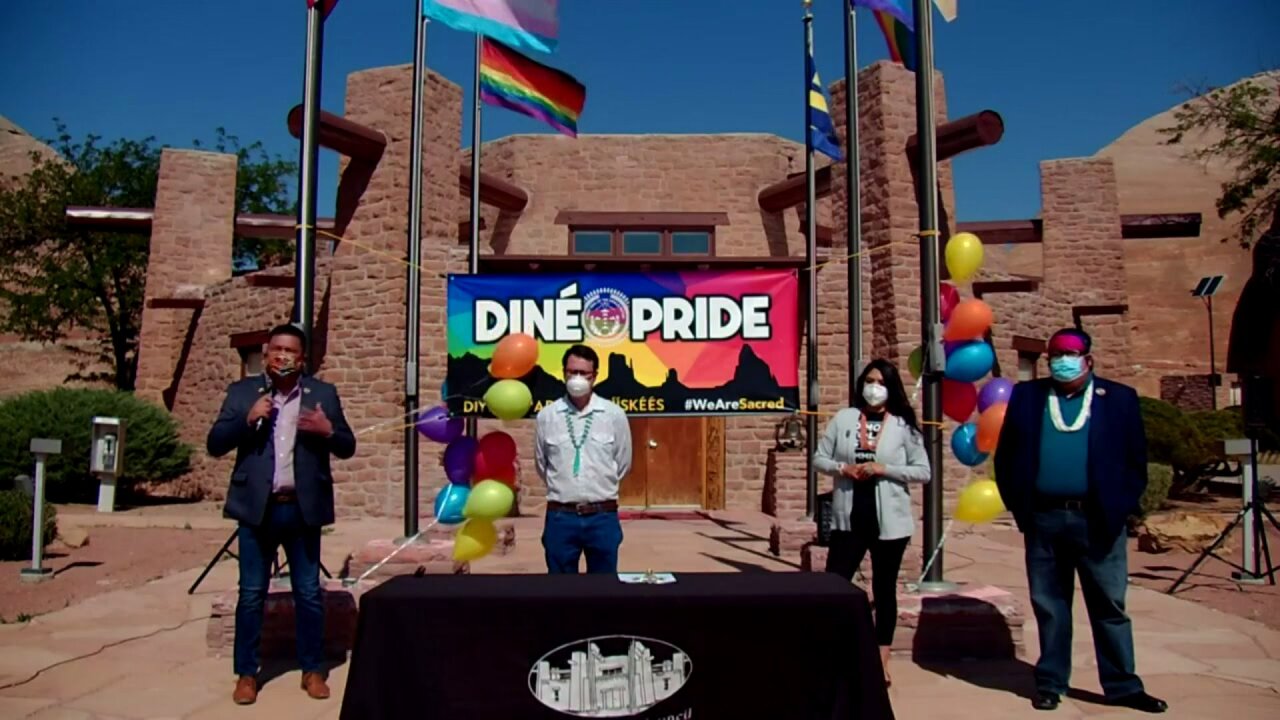 SALT LAKE CITY — As COVID-19 continues to dramatically impact the Navajo Nation, organizers of the annual Diné Pride Week festivities will not be stopped by the virus.

"Our plan for this year was completely derailed because of this new time and our shared experience with COVID-19," said Alray Nelson, who heads Diné Pride.

So now, there will be online discussions about Indigenous transgender rights and Indigenous LGBTQ youth. There will be a virtual drag show and an online art showcase. Instead of a traditional parade, people will decorate their cars and drive around Window Rock, Ariz., to celebrate their LGBTQ community and pay tribute to health care workers.

"Although we’re separated by our vehicles and we’re following the guidelines set by the Navajo government, it’s an awesome time to show the visibility of our community," Nelson said in an interview with FOX 13.

"It’s time for us to open up an opportunity to have further discussions and making sure every single person on the Nation has an opportunity with their partner, their significant other to have a home site lease, due respect and ceremonies blessed to them," Speaker Damon said.

Because the Navajo Nation is sovereign, recent U.S. Supreme Court rulings on marriage equality and LGBTQ employment discrimination do not apply. The Navajo Nation has had a ban on same-sex marriage since 2005. In an interview with FOX 13 last year, Navajo Nation Vice-President Myron Lizer said he was not in favor of repealing the ban.

Nelson said he believed there was support to pass LGBTQ rights legislation, pointing to Speaker Damon's remarks and proclamation.

"Right now, if you’re on Navajo land, whether you’re a contractor, a visitor, a tourist or if you work for the Navajo government, there’s no laws here that protect you on the basis of your gender identity, your gender expression or your sexual orientation," he said. "[Until] we completely change that language and add those as protected classes under Navajo law, we’re going to continue to see an increase in youth suicides, we’re going to continue to send the message the Navajo Nation is not an inclusive place for LGBTQ communities and to also tell our same-sex couples out there you cannot move back home."

Nelson said the Navajo Nation Council was expected to take up the legislation later this summer.