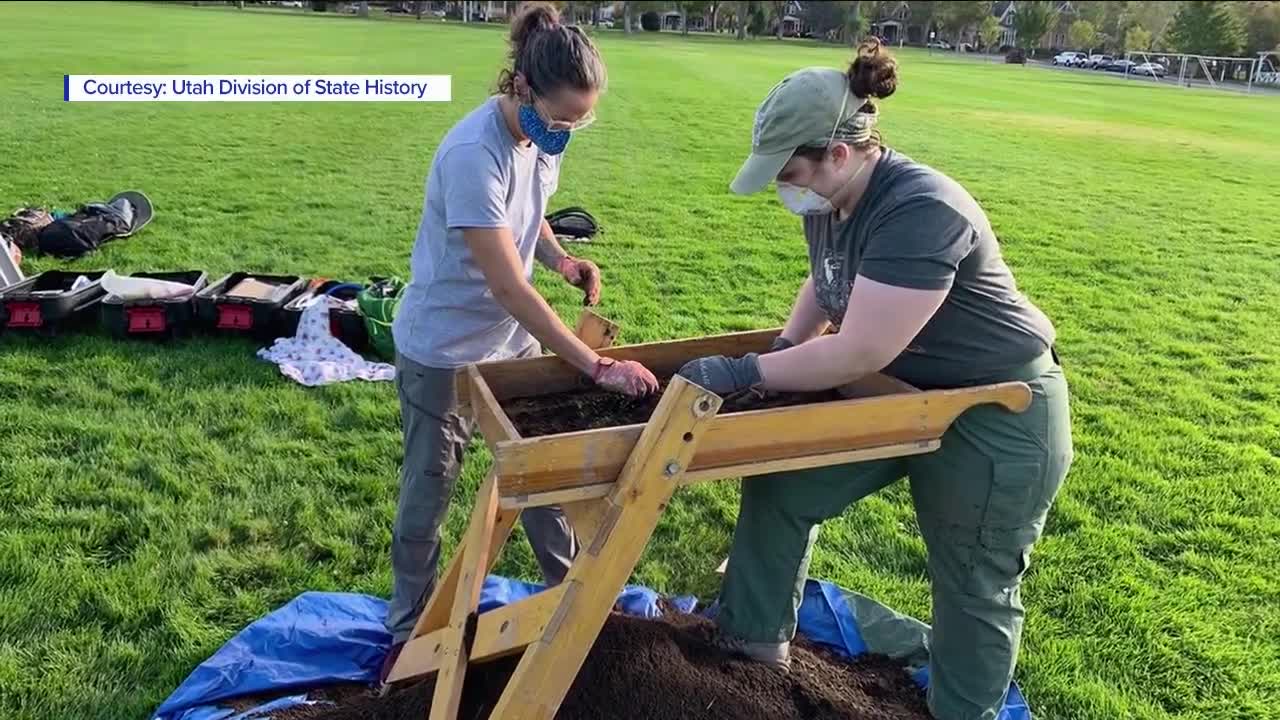 SALT LAKE CITY — State historians made a remarkable discovery while excavating a practice field on the old Fort Douglas site.

Stillwell Field remains one of the last pieces of undeveloped land on the University of Utah campus.

For years, historians had suspicions it was once the location of the Fort Douglas guardhouse. Ground penetrating radar discovered an outline of a possible foundation.

“To us that was a very clear marker that thing is still under ground. But how much was still underground? Were there any remains besides the foundation still under there,” said state historic preservation officer Chris Merritt said.

In October, state historians dug test sites below the sod. Miraculously, they landed right on top of a stone foundation dating back to 1862.

“I was geeking out pretty hard that it was right where we wanted it to be. It looked like kind of what I pictured,” Merritt said.

The guardhouse was used as a small jail for the federal government keeping an eye on the Utah territory and the Mormon settlers. Prisoners likely ranged from drunken soldiers to polygamists.

“That tells us a story. These 1870s artifacts are still there and still can tell us a story of a small part of military history, but still telling us the use of that space,” said Merritt.

“To me, that was really cool whether you believe the cannons were actually pointed toward Brigham Young and that’s why the armory was here or there are several other reasons in the history, it confirms that part of the story,” said Burgess.

Next year, state historians want to conduct a much larger excavation and invite the public to help.