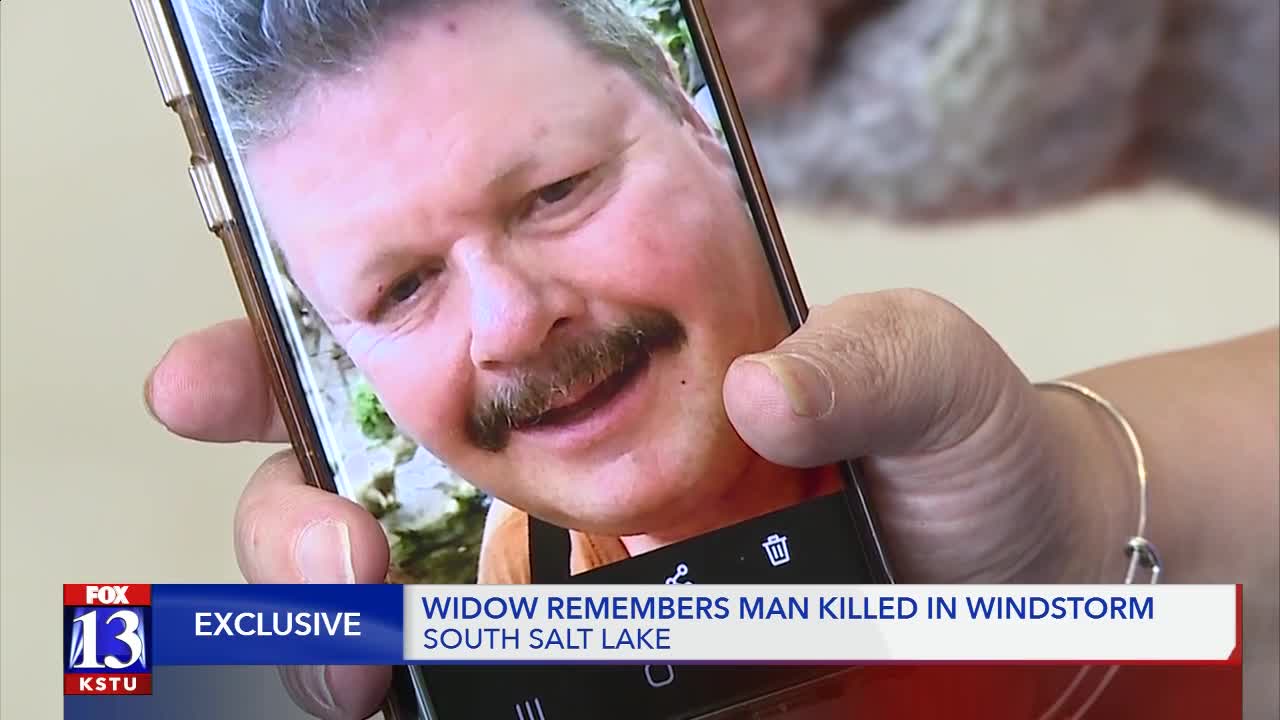 Truck driver Donald Hardy, 61, was delivering a shipment from Tennessee to a business in South Salt Lake when the wind knocked him to the ground.

According to the South Salt Lake Fire Department, the cargo door on the semi-truck thrust open suddenly due to the wind, causing the patient to hit his head on the pavement at approximately 8:21 am.

Alissa-Joy Hardy, the victim’s wife, described the incident as a “freak accident.” She and her husband had been living on the road for the past 15 months.

“We lived in a truck smaller than a tiny house. We were together 24 hours a day, 365 days a year,” she said. “His feet were flying like a kite… He was dead instantly.”

The widow is now waiting to receive her husband’s ashes so that she can return him to Jacksonville, Florida.

Despite dozens of semi-trucks flipped over on highways across Utah on Tuesday, Donald Hardy is the only known fatality from the wind storm.

John Gleason, a spokesperson for the Utah Department of Transportation, confirmed travel restrictions for high-profile vehicles began Tuesday at 7:00 am, although many of the highway signs may not have displayed a warning due to power outages.

“Shutting down the freeway, it’s a decision that we take very seriously,” Gleason said. “The safety of the traveling public is UDOT’s top priority.”

“Had they closed down the highway, we would have (stayed) at the truck stop,” Alissa-Joy Hardy said. “We wouldn’t have delivered. The accident wouldn’t have ever happened. Donald would still be alive.”

Donald Hardy is survived by three children and two grandchildren.