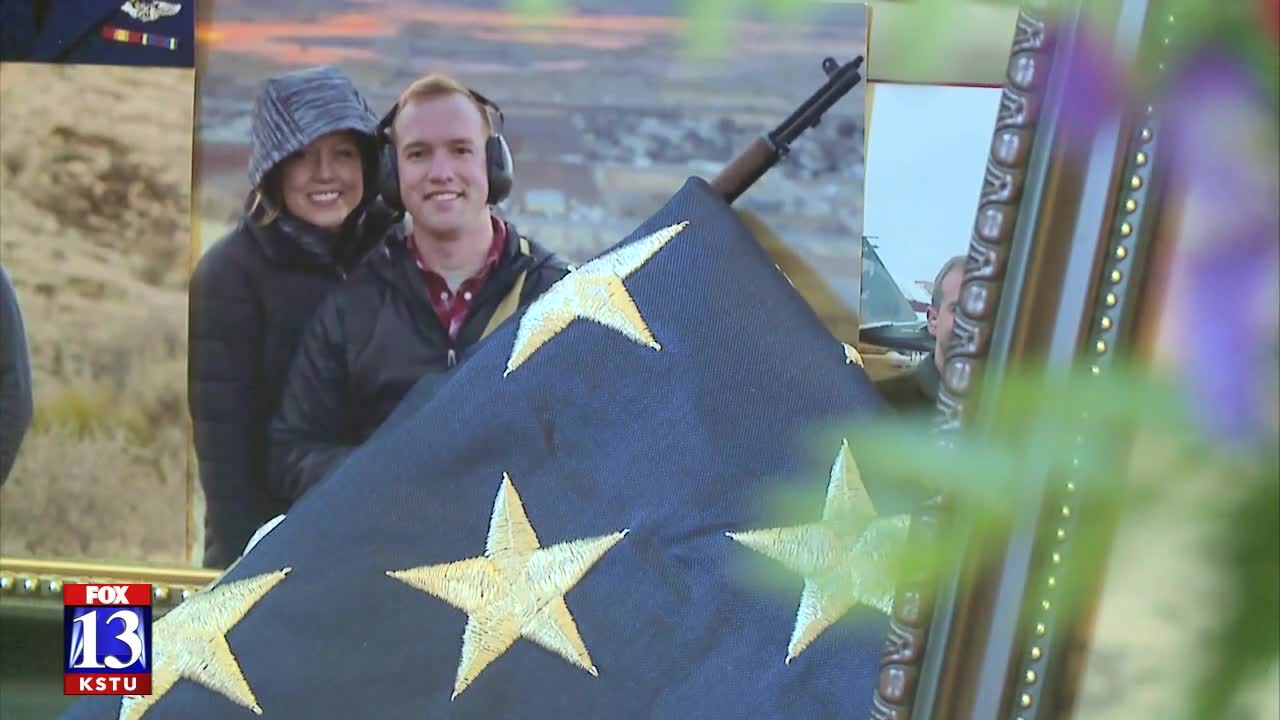 Friends and Family got up to speak and share their stories of Kage Allen, a Utah native and Air Force pilot who died when his jet crashed into the North Sea, to the crowd.

“He knew he wanted to be a fighter pilot since the time he was four and he had his plan all mapped out,” Hannah said. "He laid down his life for his friends for his country and for his god.”

Several other family members remarked in their speeches how strong their bonds were with each other and now they share that bond with the community.

“What an honor to fight for your country… To fight for our freedom today’s everything we have to do is because of the men and women like our fallen airman today” Rusty Cannon told Fox 13.

He was along the procession route with his family and is a retired service member himself.

“I got my family together and we came out and showed our respects,” Cannon said, “ I was fighting back the tears just to be buried On the Fourth of July it means a lot.”

For his son, Ruger Cannon, seeing the procession go by meant a lot too, he told us “America still had hope after all these things like Covid and all the riots I still thought we still have a hope of getting through this.”

Ultimately the family told those watching that it was their faith and strength that will help them still be close to Kage even if they are apart.

“That is my faith and my hope that Kage will live again through the mercy of Jesus Christ,” Hannah Allen said, “I know I will be with Kage again.”