Family fighting for justice after Lehi boy shot in the head 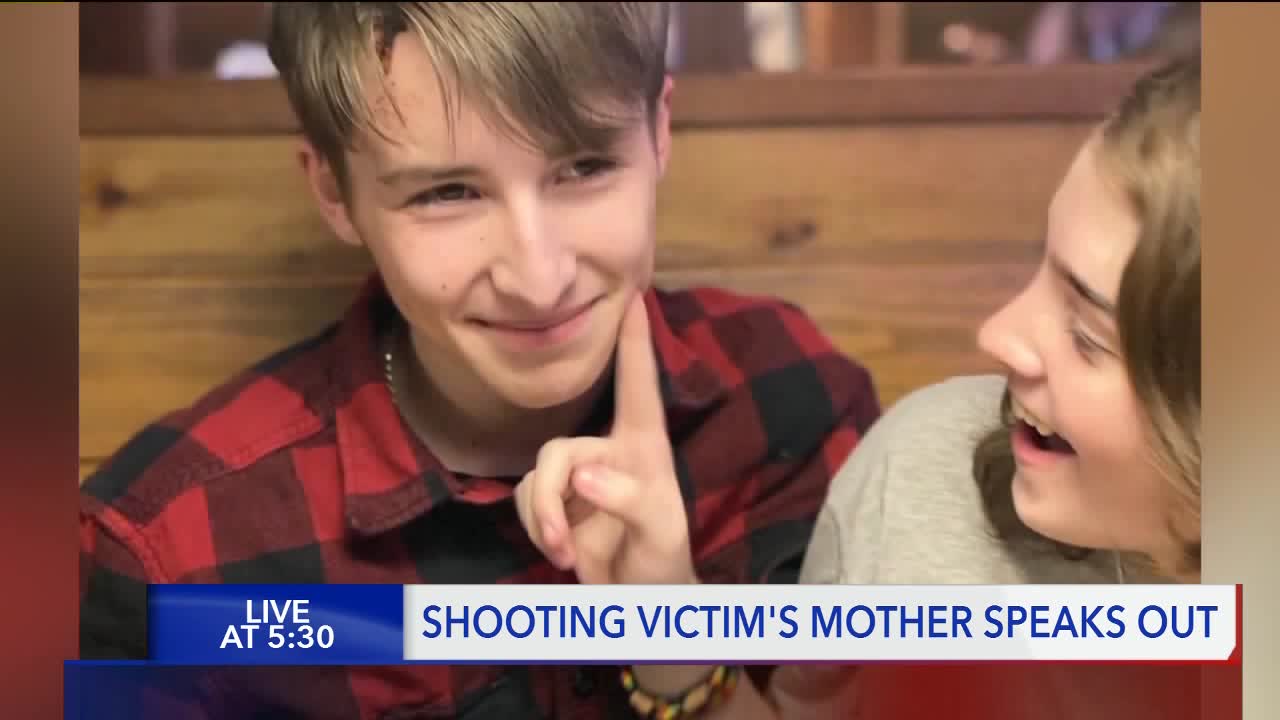 LEHI, Utah — The mother of a Lehi boy that was shot in the head outside of a McDonald's in November is taking extra steps to ensure justice for the alleged crimes committed.

“After you’ve heard all the evidence sometimes what they want to do is not enough, sometimes the deals that are made behind the doors don’t make sense to us,” Amanda Nevel told Fox13 after her son was shot while intervening in a dispute between his friend and another 17-year-old boy. “I had to really think about do I want attempted murder because I’m mad and vengeful? No. I had to separate my anger, my compassion as a mother and just looked at what happened, and what happened was attempted murder.”

According to a probable cause statement obtained by Fox13, the altercation began with someone taking away a cigarette from another person and crushing it. “Neither of these people knew each other,” the statement read. Amanda’s son Mark and his friend were outside the McDonald’s after the incident when a large group confronted them. Before doing so, a 17-year-old male retrieved a handgun from the trunk of a car and loaded it with a high capacity magazine. “He and two others proceeded to approach the young man who had flicked the cigarette,” the statement reads. That’s when the handgun was pressed up against Amanda’s son’s friend’s neck.

“My son and his friend have a very close relationship and from what I understood the look that they gave each other is that we have to fight, this kid is going to kill me," Nevel said. “My son went after somebody with a loaded weapon with a 30 round extended clip, to save his best friend, he’s my hero.”

Mark was shot in the head. Police said after the incident that the bullet 'grazed' his head, however, Nevel says that he's lucky to be alive.

“My little boy died that day because he’s a man now," she said about her son who just turned 18-years-old.

“We came so close to losing him that the surgeon said if he had taken a breath differently and moved just the slightest way to the left or the right or the front to the forward he wouldn’t be here.”

Amanda says a few weeks ago she reached out to the Utah County Attorney's Office to learn more about the charges that could be pressed against the 17-year-old shooter.

"Well, if he takes an aggravated assault charge it’s the same thing as an attempted murder charge just doesn’t have the label as attempted murder," Nevel recounted from an initial conversation with an assistant County Attorney. "I want that label, that’s what happened.”

She was able to set up a meeting with Utah County Attorney David Leavitt, where she says she brought up a few scenarios of adult versus juvenile charges.

Nevel would like to see a juvenile attempted murder charge against her son’s shooter but says ultimately whatever the courts decide, she'll likely settle with.

“If something happens where this kid does get assault with a deadly weapon, I can sleep at night because I fought with everything I had,” she said.

The preliminary hearing is scheduled for early March. Utah County Attorney's Office would not comment on the case.