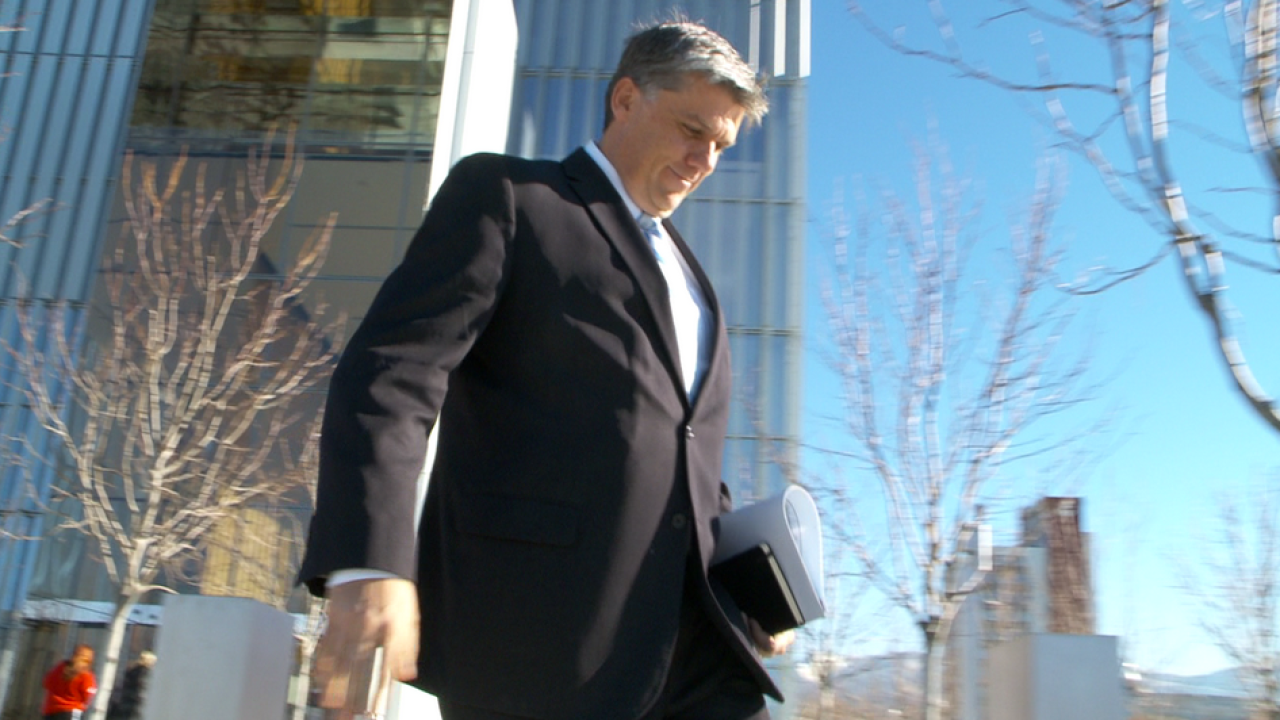 SALT LAKE CITY — Federal prosecutors are asking a judge to hold Rep. Phil Lyman in contempt over restitution for his role in a 2015 protest if he doesn't hand over copies of his tax returns.

In a filing in U.S. District Court on Wednesday, the U.S. Attorney's Office for Utah accused Rep. Lyman, R-Blanding, of not producing several years worth of tax returns as part of the case. They asked for him to be ordered to appear in federal court and explain why.

"As of the time of this filing, Mr. Lyman has not replied to any of the foregoing correspondence, nor has he provided his 2017, 2018, or 2019 tax returns to the Court or to the U.S. Attorney’s Office," Assistant U.S. Attorney Allison Moon wrote in the filing. "The Court should compel Mr. Lyman to appear and show cause why he should not be held in civil contempt until he produces his 2017, 2018, and 2019 tax returns as ordered."

Rep. Lyman said Wednesday that the prosecutors, including U.S. Attorney for Utah John Huber, were "abusing their authority."

"Huber is a political hack. You know that right? And check out Alison Moon. She's a pussy-hat wearing Trump hater. You can say what you want but these people are dirt bags," he said in a text message to FOX 13.

The U.S. Attorney's Office has been pursuing Rep. Lyman for years since he participated in a 2015 protest in Recapture Canyon against federal road closures. At the time he was a San Juan County commissioner, he was convicted of a misdemeanor charge by a jury and sentenced to 10 days in jail, probation and roughly $95,000 in restitution.

Prosecutors acknowledged in their filing that Rep. Lyman has dutifully paid $100 a month in restitution, as ordered. In 2018, after he was elected to the Utah State Legislature, the U.S. Attorney's Office sought to have his restitution increased. The Blanding lawmaker persuaded the court successfully to keep it at $100 a month. But the judge also told him to submit his tax returns last year.

The U.S. Attorney's Office said in the order to show cause that has not happened and asked for him to be summoned before a judge to explain why or face contempt. The office declined to comment beyond the filing when contacted by FOX 13.