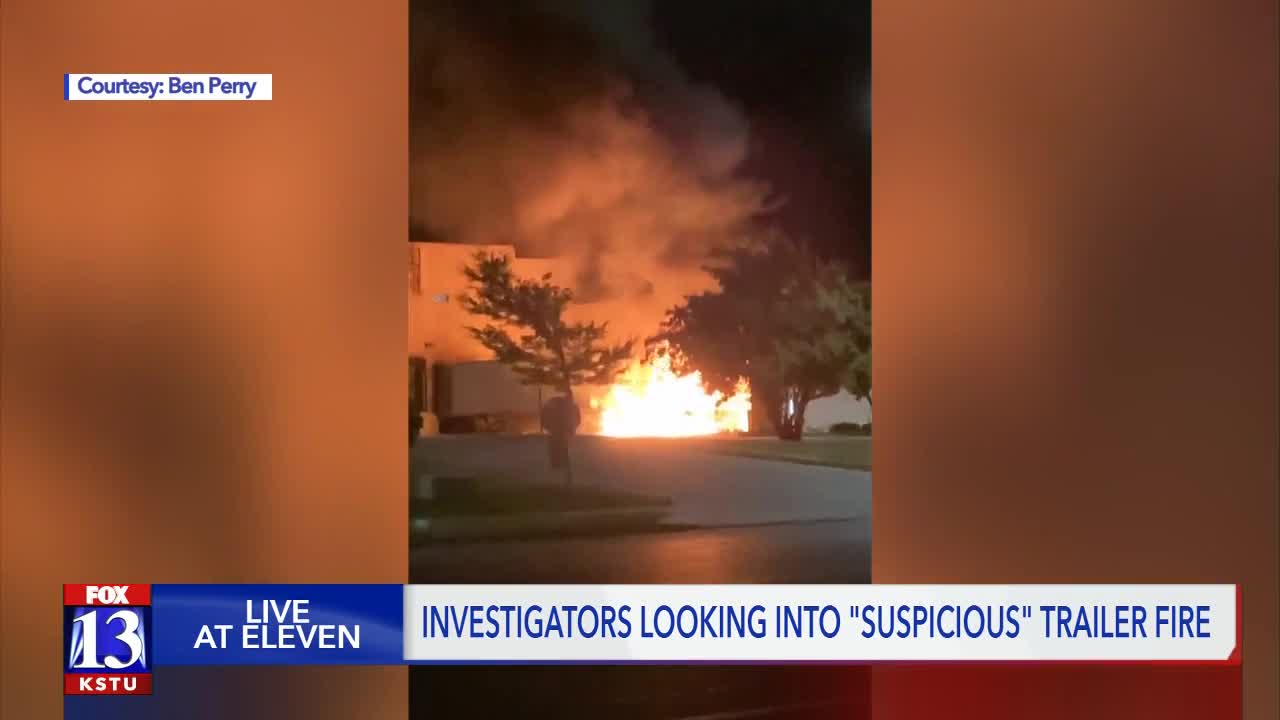 Trailer with load of fireworks catches fire at Smith's loading dock in Sandy.

SANDY, Utah — A tractor-trailer, parked at a loading dock at a Smith’s in Sandy and filled with fireworks, caught fire Thursday morning.

Investigators said the cause of the fire is suspicious.

“Concerning, definitely, there are some things that are suspicious about it,” said Ryan McConaghie, Deputy Chief of the Sandy City Fire Department.

Firefighters said the fire didn’t start in the trailer. It appears it started underneath and they could see several wood pallets stacked under the trailer when they arrived.

“That fire spread into the tractor-trailer box that they found out was full of fireworks,” McConaghie said. “Started the fireworks and started burning in the interior that opened up through the aluminum roof of that tractor-trailer and then it spread into the Smith’s building loading dock area and that actuated the fire sprinklers that helped put out the fire on the inside.”

FOX 13 viewer, Ben Perry, captured the fire just moments after it began with his cell phone. Perry said he was driving home from work when he noticed the huge cloud of smoke and called 911. He said he stayed on scene until firefighters arrived.

“There were fireworks that were exploding and you could hear it in the radio traffic coming out the top of that trailer and I’m sure into the loading dock into the Smith’s area,” McConaghie said. “So probably kind of exciting for the first ten minutes or so.”

A handful of employees were inside Smith’s and they evacuated. There were no injuries.

Investigators will comb through the evidence and check security cameras and other evidence in order to determine the cause of the fire.

Check out this video of the fire FOX 13 viewer Ben Perry captured with his cell phone.

FOX 13 viewer Ben Perry captured this video of a fire at the Smith's loading dock in Sandy.
Copyright 2020 Scripps Media, Inc. All rights reserved. This material may not be published, broadcast, rewritten, or redistributed.