Former Department of Agriculture and Food Commissioner responds to audit 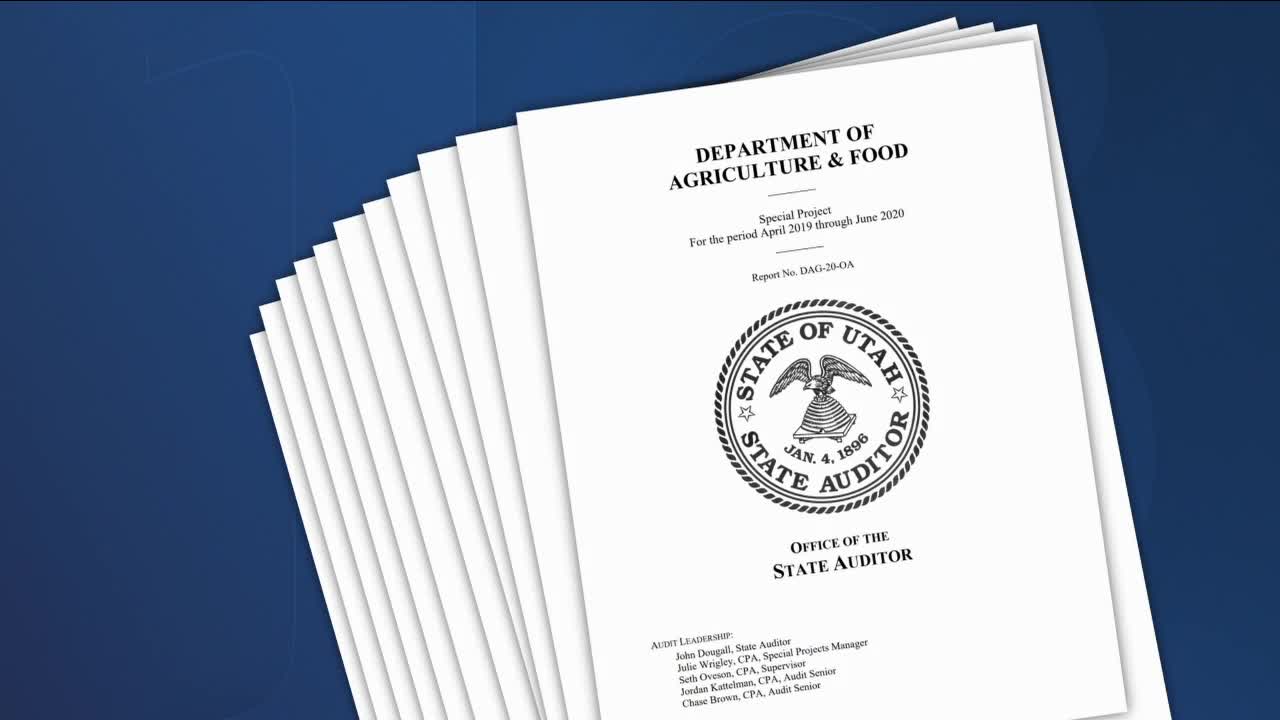 SALT LAKE CITY — Kerry Gibson, the former commissioner of the Utah Department of Agriculture and Food, responded to an audit released Wednesday disclosing weaknesses in his administration.

As the months went by, Dougall said they continued to find out more information and the Logan Wilde was appointed to be the new commissioner and asked for an audit.

The audit outlined conflicts of interests with employees, some logging significant overtime hours while working for other agencies.

The former director even “attend the National Finals Rodeo in Las Vegas,” on her last day with the department, reporting eight hours of work time while attending the event.

“We deal with a lot of good people who make bad choices sometimes,” said Dougall.

Commissioner Gibson was tasked with creating a new program for medical cannabis licenses — the first in the state.

Dougall’s audit said three applicants “were awarded licenses who would not have otherwise scored high enough to receive a license.”

“I spent hours answering every single question in this report, all of which had legitimate conclusions,” wrote Gibson in a statement to Fox 13 News. “Our work was done 100 percent by the book and in compliance with state policy, and direction from the governors office. It’s disappointing they chose to release a half baked report without including any of my responses.”

Before his time at the department, Gibson had been a commissioner for Weber County.

Gibson was investigated by the Ogden Police Department for questions about county employees working on his family dairy—no charges of wrongdoing were found.