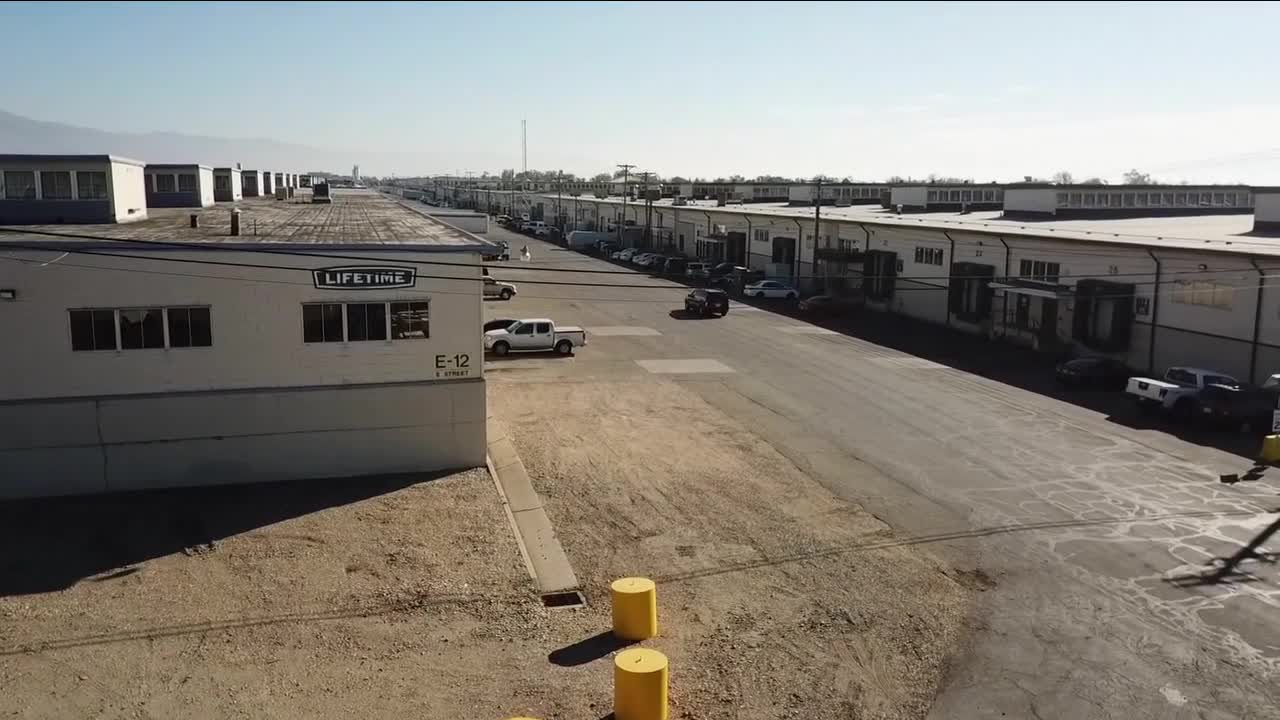 DAVIS CO., Utah — Lagoon, the best-known business in Davis County and Utah’s top amusement park, had 28 positive COVID-19 cases since the beginning of the pandemic, according to the county health department.

Things were worse at Lifetime Products in Clearfield. The company, which manufactures plastic tables, chairs, and a variety of outdoor equipment, has had 47 infections, according to the Davis County Health Department.

Other manufacturers in the county were hit hard, too. The Davis County Health Department data indicates California Packaging in North Salt Lake had 26 people contract the virus.

Vitamin supplement-maker UST Corp in Layton and Zero Manufacturing, which makes a variety of cases and storage containers in North Salt Lake, each had 20 infections.

The Davis County Health Department provided FOX 13 with a list of workplaces in the county with outbreaks – defined as having two or more employee infections over a 14-day span. An outbreak is considered "closed" after 28 days without a new case.

The data does not reflect infections among customers or patrons.

Davis County is the third-most populous county in the state. While it has no major downtown, no residential universities and no homeless shelters or prisons like those that have driven infection rates in Salt Lake and Utah counties, the data shows how suburban communities between the Wasatch Mountains and the Great Salt Lake have struggled to "flatten the curve."

"Where do we spend most of our time? Many of us in the workforce? It's at the work site. At a business," said Brian Hatch, director of the Davis County Health Department. "There's not a business that's going to be immune."

The workplace outbreak data points to some businesses having a significantly worse infection rate compared to the rest of Davis County.

Approximately 2% of all Davis County residents have tested positive for the virus.

"That’s probably a low estimate," Hatch said. "There is data out there suggesting that we’re missing cases, which I firmly believe."

Lifetime has had more employee infections than any other workplace in Davis County.

The company’s CEO, Richard Hendrickson, said he disagreed with the Davis County Health Department's definition of an outbreak.

"Let me tell you what I think an outbreak is. An outbreak is if there is a place where you go and people begin to get the sickness. That is not something we have here at Lifetime," Hendrickson said. "When you look at any number, you have to ratio it against the whole. One or two people out of ten is a really big deal!"

Hendrickson said Lifetime has more than 2,500 full-time employees and hundreds of part-time employees in Davis County, meaning less than 2% have contracted the virus.

Hendrickson credited the company's success to its overseas experience with the virus in Asia. He said this led to the early implementation of temperature checks and masks in the United States.

"We started doing that in March," Hendrickson said. "I think it really served us well to be offensive and early... The employer’s responsibility is to make sure that you have things in place so it can’t spread."

The Davis County Health Department confirmed Lifetime Products has been in an open outbreak since May 25, 2020.

Customers at Lagoon posted photos and videos on social media in late October expressing concerns with a lack of social distancing and people wearing masks.

"My immediate thought was, honestly, just leave and come home," said Lagoon patron Stefanie Casey. “How do we continue to support local businesses if they’re not willing to watch out for their community?”

Adam Leishman, a spokesperson for Lagoon, said the amusement park employs approximately 3,000 part-time employees and 200 full-time employees. This means the company's recorded 28 infections represent less than 1% of its workforce.

“We’re a company struggling through a pandemic just like all the other companies are,” Leishman said. "We’ve been able to operate since May safely."

Hatch said Lagoon has “done a great job of containing” the virus.

"Everyone was super crammed," said customer Kyra Allred. "It was just bad! They just - I think they're trying their best... I mean it was still a fun day, but not what I was expecting it to be."

Taylor Bybee, owner of the Coaster Studios YouTube channel, said he would not be renewing his season pass.

Leishman said Lagoon this year has been letting fewer patrons into the park than years past, but he declined to cite exact numbers.

During FOX 13's interview with Leishman, a customer who didn't want to wear a mask interrupted.

"They said if we're not in line we don't have to wear (masks)!" the man shouted.

"There's a public health order from the governor," Leishman responded.

"I technically have a medical exemption!" the man countered.

Leishman later explained to FOX 13 that employees are generally not supposed to be confrontational with patrons.

"We can kick people out because it’s private property, but we’re also not very interested in a conflict," Leishman said.

The Davis County Health Department confirmed Lagoon has been in an open outbreak since May 20, 2020.

The 26 infections at California Packaging in North Salt Lake represents up to 25% of its workforce.

A manager stated the business has 104 workers but otherwise declined to speak to FOX 13 citing "employee privacy."

An employee told FOX 13 he was shocked to hear of the large number of cases. Still, he said he felt like California Packaging is a safe place to work.

“I don’t understand how they get so many of them,” the employee said. "They should give us a printout."

The Davis County Health Department confirmed an outbreak at California Packaging began on August 2, 2020 and was closed on September 30, 2020.

"It’s not alarming to see 25 out of 100 in a business that has an environment that’s very conducive (to community spread) because there’s only so much they can do," Hatch said.

Michael Arveseth, the chief financial officer at Bailey’s Moving and Storage, said most of his company's 21 cases were discovered in June.

Bailey's Moving and Storage has "probably about 120 to 140 employees" in Davis County, according to Arveseth.

“We had already had things in place that we thought would work,” Arveseth said. "We wipe down trucks, dashboards, steering wheels, door knobs, counters... Most people didn't have any symptoms at all, or very very minor symptoms."

FOX 13 estimates about 16% of the company's employees in Davis County were infected.

"We have them stay home," Arveseth said. "That’s what we stress with our employees: If you’re sick, stay home."

Arveseth said he still doesn't know why the outbreak occurred, but he's thankful things have improved over the past few months.

"We tried our very best. We had procedures in place, and we improved on those procedures," Arveseth said. "Since then, we have been essentially at zero."

The Davis County Health Department confirmed an outbreak at Bailey's Moving and Stoage began on May 21, 2020 and was closed on July 18, 2020.

A manager with UST Corporation told FOX 13 he was not interested in making a comment on the 20 infections recorded by the Davis County Health Department.

"You just go around to different businesses randomly?" the manager asked.

"We're going to the ones that have the highest number of employee infections," responded FOX 13 investigative reporter Adam Herbets.

"Oh, well, thank you. Sorry. See ya," the manager responded, closing the door behind him.

The Department of Workforce Services estimates UST employs between 100-249 workers.

Representatives of Zero Manufacturing could not be reached for comment by telephone, email, or in person.

The company's lobby in North Salt Lake was closed to the public.

The Davis County Health Department confirmed Zero Manufacturing's first outbreak began on May 10, 2020 and closed on July 2, 2020. The company experienced a second outbreak from September 1, 2020 through October 26, 2020.

None of the Davis County businesses mentioned in this story with 20+ infections had been reported to the Utah Labor Commission.

"We’ve received hundreds of complaints since the beginning of this outbreak about businesses," Hatch said. "There hasn’t been anything that’s resulted in us having to do anything more than educating and informing them of a better practice. We have not issued any violations... I would not say that we have any business that has been a problem."

The Davis County Health Department’s list of workplace outbreaks can be found below.