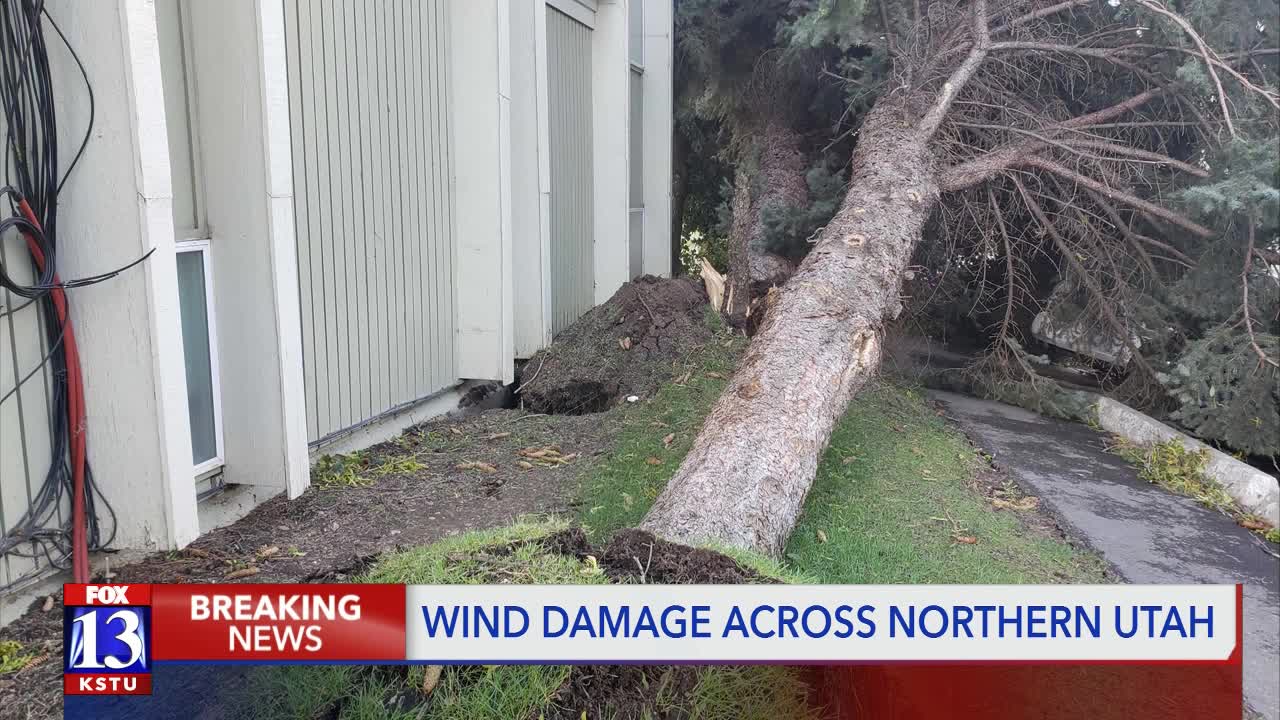 Wade Matthews with the Utah Division of Emergency Management spoke with us about the state's response to Tuesday's massive windstorm. 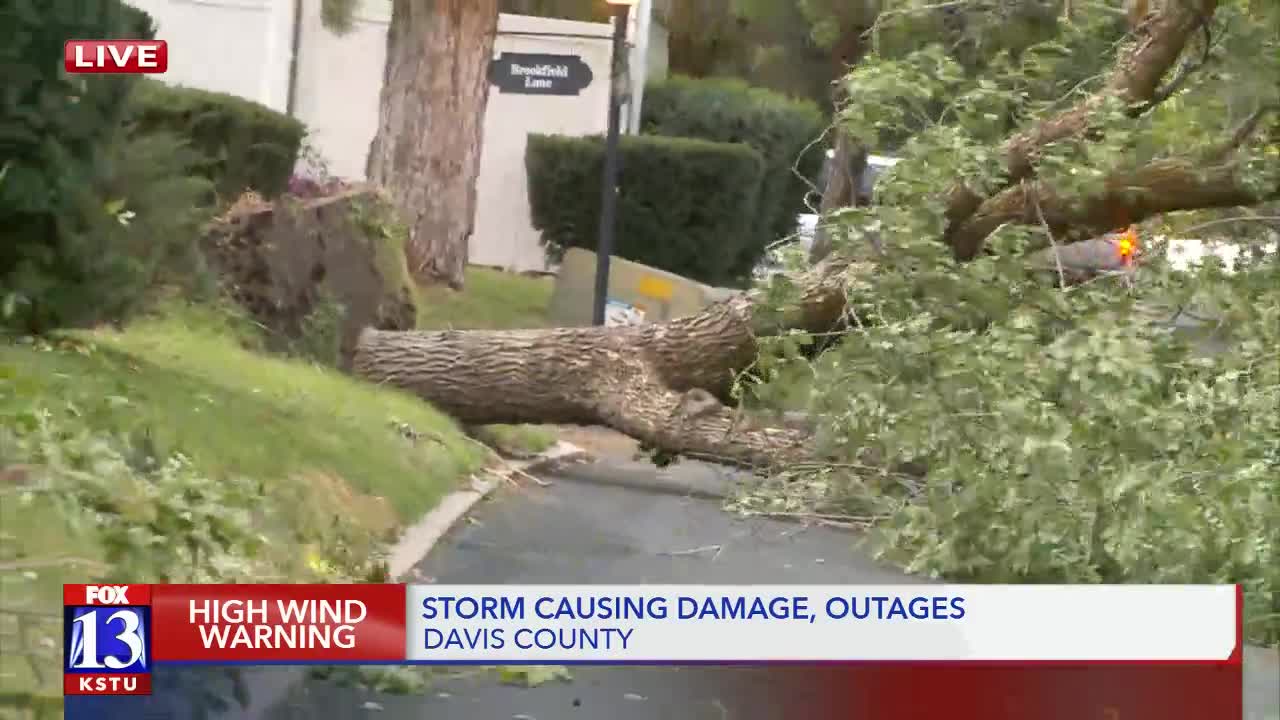 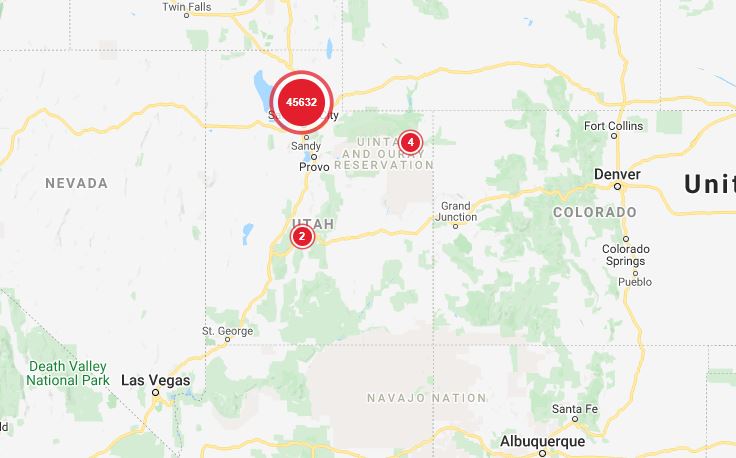 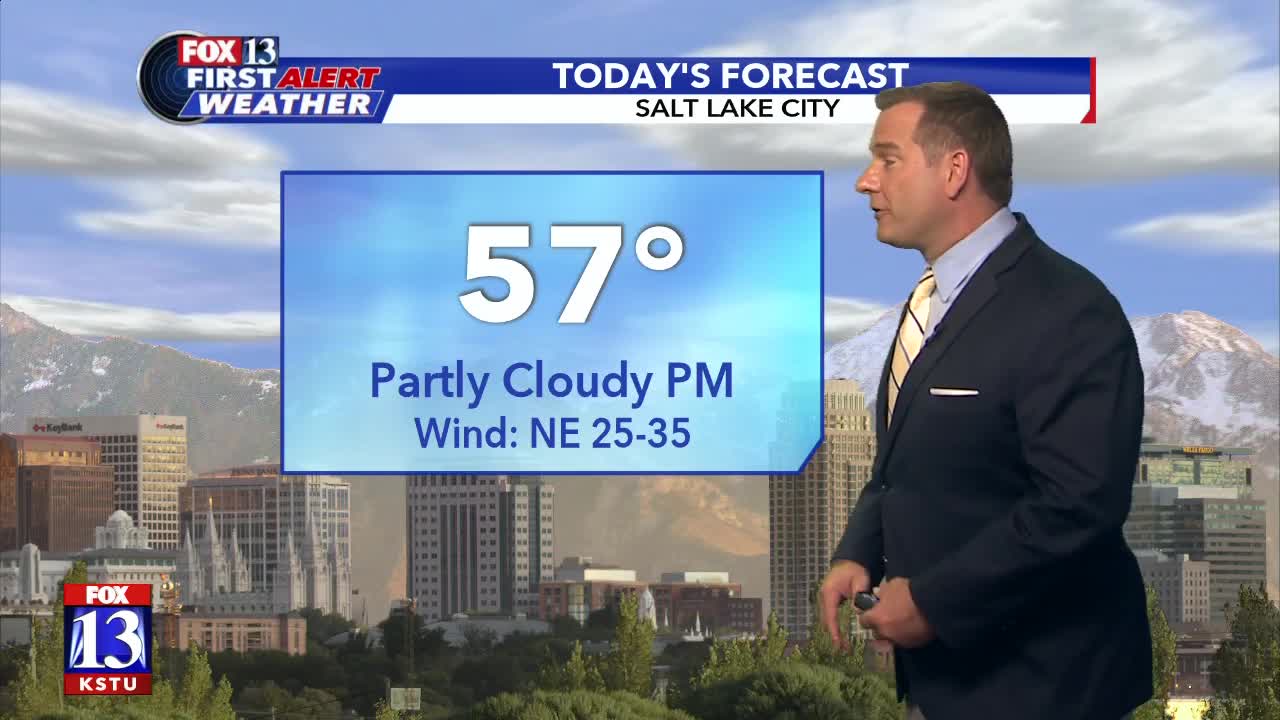 SALT LAKE CITY — A hurricane-force windstorm caused significant damage, power outages and forced the closure of schools in several districts along the Wasatch Front Tuesday morning. Salt Lake City officials eventually declared a State of Emergency due to all the damage caused by the powerful winds.

Centerville Police announced Mayor Clark Wilkinson also signed a declaration of emergency due to widespread damage in the city.

As of 4:00 p.m., Rocky Mountain Power reports more than 174,000 outages in northern Utah. Click here for details on the outages.

According to NWS, gusts of 74 mph or greater are considered hurricane-force winds.

Salt Lake City and Davis County districts announced Tuesday that they would be canceling school Wednesday due to the power outages and other windstorm effects.

Salt Lake City will still offer meals for students at the following sites from 11 a.m until 12:30 p.m.:

The Davis district has not specified if it would provide meals, but did announce that students in "Group 2" will have face-to-face instruction on Thursday and "Group 1" on Friday. For secondary schools, Thursday and Friday will both be on the "B-day" schedule.

The Utah Highway Patrol restricted travel for semitrailers in Davis, Ogden Counties "after a number have blown over due to the high winds in the area."

A UHP spokesman said over 36 semitrailers blew over in the three counties.

UHP also reports there are trees and low power lines blocking highways and interstates in some areas.

"There are numerous closures on I-15 from Salt Lake County north to the Idaho boarder. Plan for delays. Avoid the area if possible. If you're stuck in traffic, do not exit your vehicle due to flying debris. And, avoid parking alongside high profile vehicles," a tweet from UHP said.

The following Salt Lake City parks will remain closed until further notice due to fallen trees:

The TRAX system is not operating due to the loss of electrical power in certain areas, as well as power lines and debris that have fallen on the tracks.

The high winds and dangerous conditions have forced the closure of the Capitol building to all state employees on Tuesday. Employees are being told to stay home and safe.

The Hogle Zoo in Salt Lake City is closed Tuesay due to the winds. It's not known if the zoo was damaged during the storm.

TOPPLED TREE HELP FOR SALT LAKE CITY RESIDENTS
From the Salt Lake City Government Twitter account: "Salt Lake City residents can call 801-972-7818 for City-owned trees that have fallen on houses, power lines or cars. City-owned trees are those planted in park strips, medians, parks, and on other City property."

Do you have any photos or video footage of storm damage? Send us a message on Facebook.

Watch our live coverage on FOX 13, our live streaming web page or the FOX 13 News app for the latest updates.