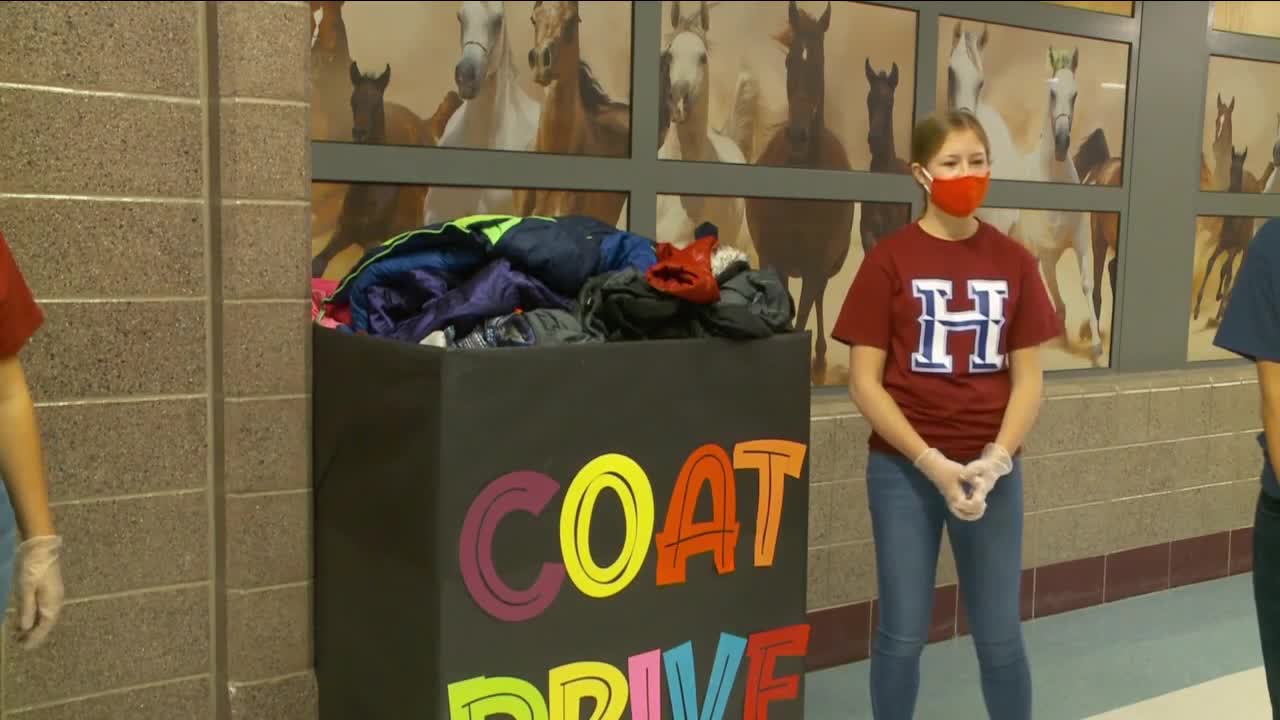 HERRIMAN, Utah — As Utah heads into the colder months, students at Herriman High School are making sure their classmates stay warm by organizing a Coat Drive.

The campaign started as a required community service project for students in the Future Business Leaders of America organization at the school, but turned into a project to help some 800 homeless students in the Jordan School District.

“The idea that they’re doing that out of the pure goodness of their heart, it just blows my mind,” said teacher Rickee Stewart.

Every year, students in Stewart's business classes pick a community service project to work on. This year, the students chose homelessness.

“They’ve learned about marketing, they’ve had to reach out to businesses and communities and create all of their promotional materials and figure out what the key messages are, it’s just been awesome from a learning perspective,” said Stewart.

The students started by working with Family Promises, and quickly collected 100 coats in just one day; but realized they could do more.

"When they’re going out and they’re giving us extra time and they’re putting in the extra effort, that is a direct impact, on kids I know,” said Stewart.

Students then began working businesses in the community to get as many coats as possible.

“This project is pretty cool to be a part of because it’s people were impacting and helping people in our school that we associate with; our friends, classmates, and so it’s nice to know that we’re making a difference,” said student Sam Aposhian.

Anyone who brings a coat and a flyer to Scheels will be given a $25 gift card. If that card is used to buy another coat and donated back to the school, Scheels will donate a second coat to the drive.

The deal with Scheels will last through mid-November.

“It’s pretty great to just walk past the coat drive boxes we have out in the hallway and to see them like overflowing a little bit, because we know that like people are listening to what we’re saying and they’re willing to donate,” said student Averee Sutherland.

Right now, the students have a little over a hundred coats, but they're hoping for one thousand.

"It’s pretty cool that we’re doing coats because, especially where we live in Utah, the winters can be really cold and unbearable, especially for those who don’t have a coat and especially children, which is our primary target, so helping those kids and making sure they’re warm this winter has been awesome,” said Aposhian.

The students are asking for coats of all sizes, ranging from those that fit kindergartners to seniors in high school.

For more information on how to donate coats, CLICK HERE.