In city council meeting, some call for Cottonwood Heights councilwoman's resignation, others defend her 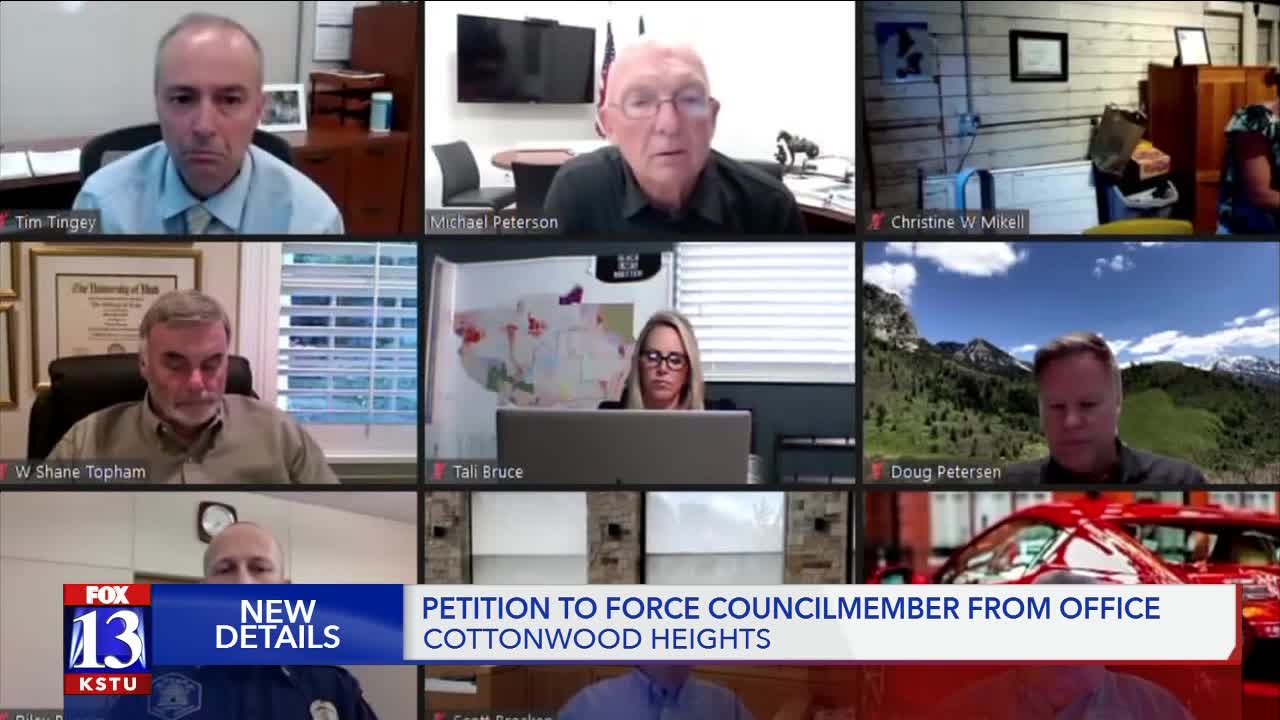 A petition calling for the resignation of Councilwoman Tali Bruce was presented to the Cottonwood Heights City Council Tuesday.

COTTONWOOD HEIGHTS, Utah — A petition calling for the resignation of Councilwoman Tali Bruce was presented to the Cottonwood Heights City Council Tuesday.

The petition, written by a group called "Heights of Freedom," has collected more than 2,000 signatures.

During the public comment session at the virtual council meeting, dozens of people voiced their concerns with Bruce.

The councilwoman was involved in a protest against police brutality in early August.

Bruce and several other protesters clashed with police, and several people were arrested. Three have been charged.

“Our complaint against Councilmember Bruce is in her conduct as an elected official of our city. It is her choices in the office she was elected to, which have fallen short,” said one resident. “Thugs with bullhorns walked down the street shouting obscenities. District 3 residents felt emotional pain at what transpired. Councilmember Bruce has actively participated in these anti-police protests with outside agitators.”

Another added, “Councilmember Bruce does not have the support of the majority her district.”

Not everyone who addressed the council did so against Bruce.

Two of those in Bruce’s corner were Aaron and Tiffany James, the parents of Zane James who was shot by Cottonwood Heights Police in 2018.

“Tali, don’t give up your fight,” Aaron James said. “You’re representing a few with an honest grievance. It isn’t contrived. It isn’t something made up.”

When residents concluded speaking, Bruce defended herself against some of the allegations. She noted that there is no legal backing for a petition to remove an elected official.

“I am not going to step down because some white supremacist thinks he has the three votes to get into my spot,” Bruce said. “I absolutely love and respect — and so greatly appreciate — ethical police, honest police.”

Bruce knew this petition was circulating. Recently on social media, she indicated she had no plans to step down and vowed to continue fighting for justice.