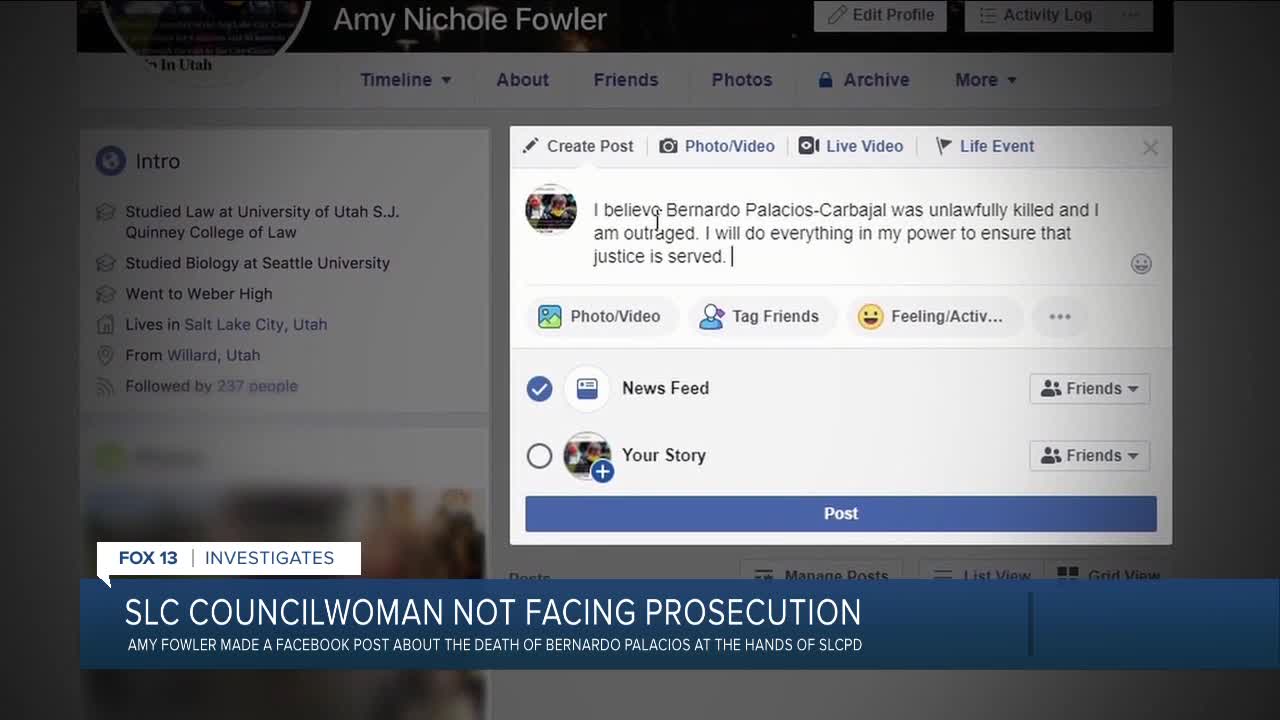 The Office of Professional Conduct has completed its investigation into Salt Lake City Councilwoman Amy Fowler, determining she did not violate ethical guidelines for criticizing the two SLCPD officers who shot and killed Bernardo Palacios-Carbajal on May 23, 2020. 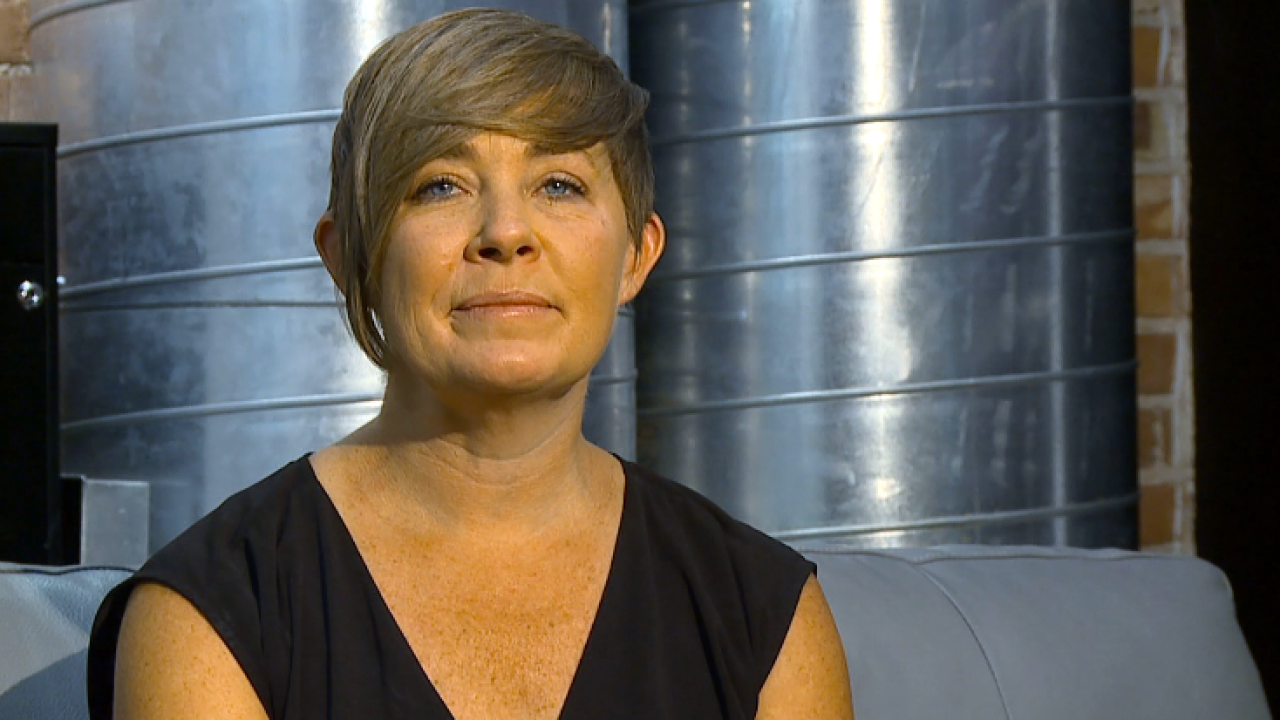 SALT LAKE CITY — The Office of Professional Conduct has completed its investigation into Salt Lake City Councilwoman Amy Fowler, determining she did not violate ethical guidelines for criticizing the two SLCPD officers who shot and killed Bernardo Palacios-Carbajal on May 23, 2020.

Steven Winters, president of the Salt Lake Police Association, filed the initial ethics complaint against Fowler with the Utah State Bar. He cited Rule 8.4(c)(d) and (e) of the Utah Rules of Professional Conduct.

On behalf of the union, Winters argued that Fowler engaged in conduct that was prejudicial to the investigation of Officer Neil Iversen and Officer Kevin Fortuna.

Did Councilmember Amy Fowler break any of the following rules by criticizing the two SLCPD officers who shot and killed Bernardo Palacios-Carbajal? #utpol pic.twitter.com/Y8XBiQLV3H

On June 6, 2020, prior to the conclusion of an investigation, Fowler posted on Facebook that she felt the two officers who shot Palacios-Carbajal acted inappropriately.

"I believe Bernardo Palacios-Carbajal was unlawfully killed and I am outraged," Fowler wrote. "I will do everything in my power to ensure that justice is served. There should be no special treatment for police and they should be held to the same standard as anyone else suspected of a similar act."

This is the Facebook post that prompted the Salt Lake City police union to file an ethics complaint against SLC Councilwoman Amy Fowler. pic.twitter.com/fGS5nQBpnR

Both officers who shot Palacios-Carbajal were exonerated in separate investigation by the Salt Lake County District Attorney, the Salt Lake City Civilian Review Board, and SLCPD internal affairs.

"(Councilmembers) should stay out of it and let the criminal justice system work," Winters argued. "We expect the public to do that. We expect the officers to do that. Why should they be expected to do anything less than that? This is not a time to chime in and speak out of turn when you don't know all the facts. That's inherently dangerous for the public, for the officers, for everybody."

Sharadee Fleming, assistant disciplinary counsel for the Office of Professional Conduct, sent a private letter to Winters informing him that the investigation will not result in disciplinary action against Fowler.

"We have determined the evidence is insufficient to show that Ms. Fowler violated the ethical rules," Fleming wrote. "Further, and regardless of the foregoing, these allegations are unrelated to Ms. Fowler's practice of law... we are declining to prosecute this case. We nevertheless thank you for bringing this matter to our attention."

Throughout the investigation, Fowler maintained she did nothing wrong in publishing personal opinions on her personal Facebook page.

"Just taking the oath as an attorney does not strip me of my constitutional right for freedom of speech," Fowler told FOX 13. "It's horrible to see somebody be shot and killed on camera. Nobody wants to see that. It was devastating... I believe that the system is flawed."

Linda F. Smith, a law professor at the University of Utah, predicted Fowler would not be disciplined when FOX 13 ran its initial story. Smith has spent much of her career teaching and studying the Rules of Professional Conduct and is not affiliated with this case.

"I've not seen any cases where a lawyer is disciplined for saying something negative about a police officer," Smith said. "I can see why the police associated was frustrated with this... Clearly, this is a political issue."

The Office of Professional Conduct does not make the results of an investigation public unless an attorney is found to be in violation. The investigation only became public upon Winters informing FOX 13 about his complaint and Fowler agreeing to address the matter.