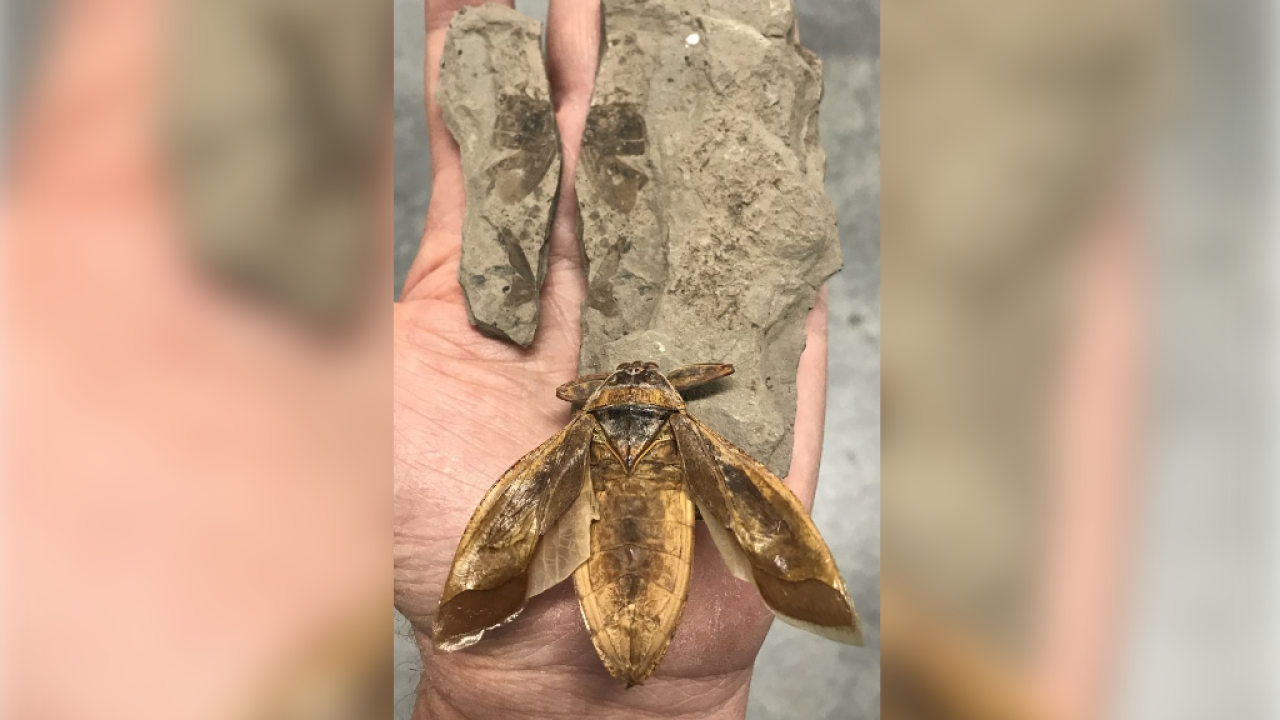 VERNAL, Utah — A group of paleontologists from Utah and Argentina has discovered a 151-million-year-old insect fossil in southeastern Utah.

"Morrisonnepa jurassica" was uncovered from the Morrison Formation, which has produced other famous fossils such as the Apatosaurus, Allosaurus, and Stegosaurus.

The large predatory insect measures around two inches and was a member of the hemipteran insect group Nepomorpha (“true water bugs”) and appears to be related to the modern family Belostomatidae, the latter also known as “giant water bugs”.

The insect’s modern relatives were known to eat invertebrates like snails and crustaceans but also vertebrate prey such as fish, amphibians and snakes.