Use of deadly force against Bernardo Palacios-Carbajal ruled justified 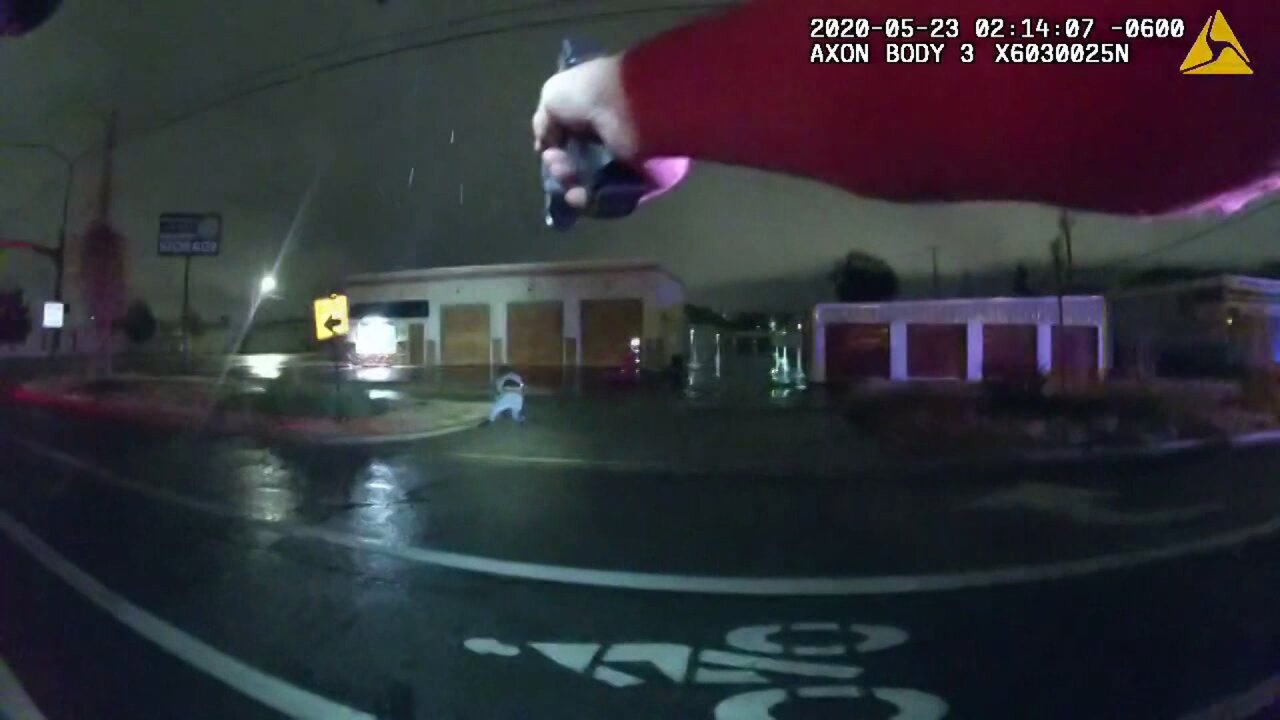 SLCPD
A still frame from an SLCPD officer's body-worn camera footage shot during the May 23, 2020, critical incident involving Bernardo Palacios-Carbajal.

The Salt Lake City officers who opened fire on Bernardo Palacios-Carbajal on May 23 were justified in their use of deadly force, Salt Lake County District Attorney Sim Gill announced Thursday.

At about 2 a.m. on May 23, SLCPD officers were dispatched to the Utah Village Motel at 271 W. 900 South on a report that a man had pointed a gun at individuals and made threats. When officers arrived, they located Palacios, who they believed was the suspect. Police say he ran, leading to a foot pursuit with three officers.

Palacios was also suspected of robbing a man at gunpoint that night as the victim left a nearby strip club. Officers later found the victim's ID and $1 bills that he planned to use at the club on Palacios.

Last month, SLCPD Capt. Richard Lewis said officers gave multiple verbal commands for him to stop, show his hands and to "drop the gun." One officer said over the radio that Palacios had a gun in his pocket and was reaching toward his waistband during the chase.

District Attorney Sim Gill spent more than an hour detailing his side of the investigation and answering questions as to why he is not filing charges against Officer Kevin Fortuna and Officer Neil Iversen.

He pointed to multiple sources of video from police body cameras and nearby surveillance video showing Palacios stopping to pick up a gun after dropping it on the floor three times.

"The desire to retrieve the gun was greater than the desire to run away," Gill said. "Why is somebody who is dropping the gun spending time picking up the gun? He could have just ran away... If that gun had been dropped and he was running away, it would be a very different analysis for me."

Gill said the officers told him they believed Palacios was going to shoot. It's unclear whether the gun was pointed in either of the officers' direction before they decided to deadly force, but Gill said Utah laws indicate that is not the only relevant factor in determining whether the shooting is justified.

"The bar is letting out. There’s people in the parking lot. There’s people across the street. There’s traffic," Gill said. "Officer Iversen later explained, 'There’s only one reason someone is going to pick up a gun three times being chased by police being told to drop it. He’s going to try to kill me.'”

Gill said he believes Palacios may have been trying to fire back at police after he was shot.

"We asked them pointedly, 'Did you see the gun being oriented towards you?'" Gill said. "They said, 'Yes, we saw it being pointed towards us, and that’s why we continued to fire to abate the threat.'"

At least one of the victims at the Utah Village Motel stated that they were robbed by two suspects. The search for a second suspect is ongoing.

Officer Iversen and Officer Fortuna are still employed by the Salt Lake City Police Department. They were placed on administrative leave as the Unified Police Department and Salt Lake County District Attorney's office conducted their investigations.

There will also be an internal investigation by SLCPD internal affairs and the civilian review board.