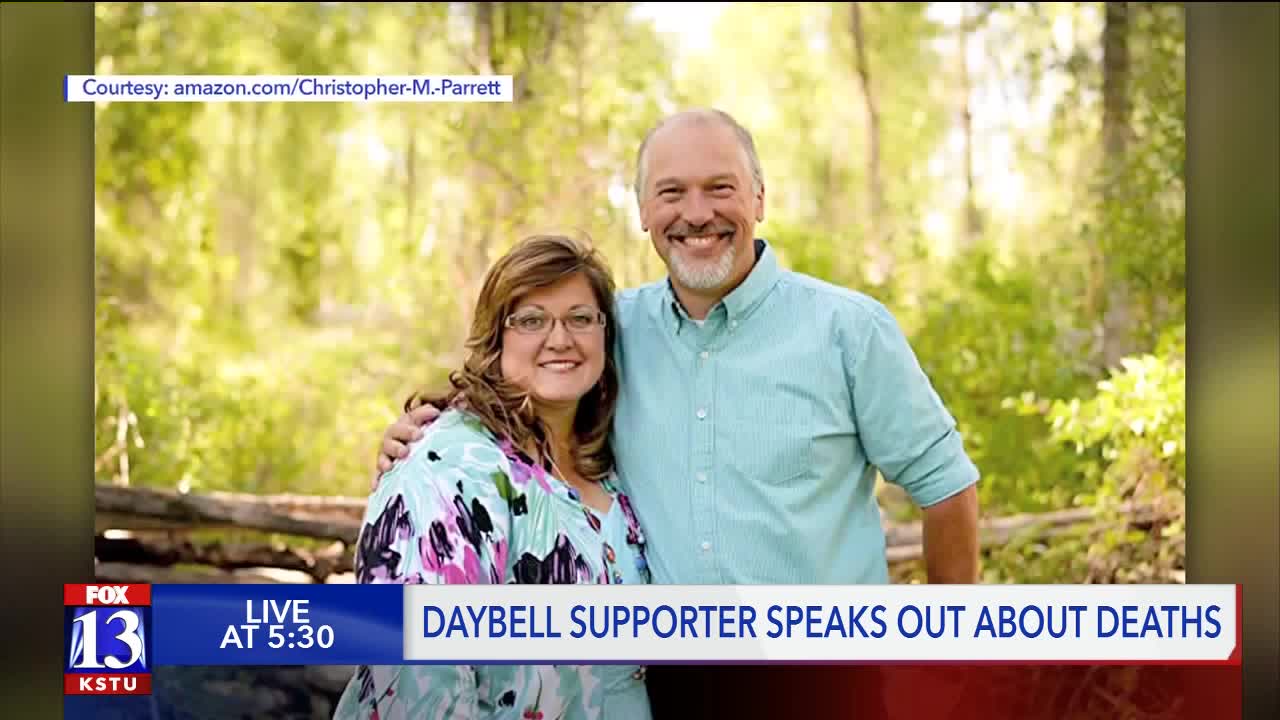 Man who once defended Chad Daybell now says he was lied to.

RIGBY, Idaho — One of Chad Daybell's biggest supporters says the last few days have caused him to no longer stick up for his friend.

For months, Christopher Parrett was the only person close to Daybell or Lori Vallow Daybell willing to publicly say he knew the "real" story about what happened to JJ and Tylee.

Here is just one of the messages he posted in an online forum .

Then: "Chad and Lori called me tonight and we spoke for almost a full hour."

"I am here to tell you I feel totally vindicated in standing up for Chad."

"Sue (my wife) and I now fully understand what had been going on from day one, including what's been going on with the kids and his wife Tammy's death.

Parrett went on to blame "lies that have been posted on social media and in the 'lamestream' news."

He promised "their story, in all of its detail is coming soon."

The only hint he gave is that this was a "nasty, ugly custody case...being driven by grandma."

On Thursday at their home in Rigby, Idaho -- the Parrett's tone had changed drastically.

They didn't apologize for their post, but said they feel terrible and that they had no idea the kids were dead.

They went on to say that their hearts and prayers are with the family, and they want people to know they had nothing to do with this.

When asked what story Chad Daybell had told them, they said they didn't feel comfortable sharing anything about that at this time because of the ongoing investigation.

Other than to say, "Obviously Chad lied to us."