Mitt Romney to Trump Admin: COVID-19 testing record is 'nothing to celebrate' 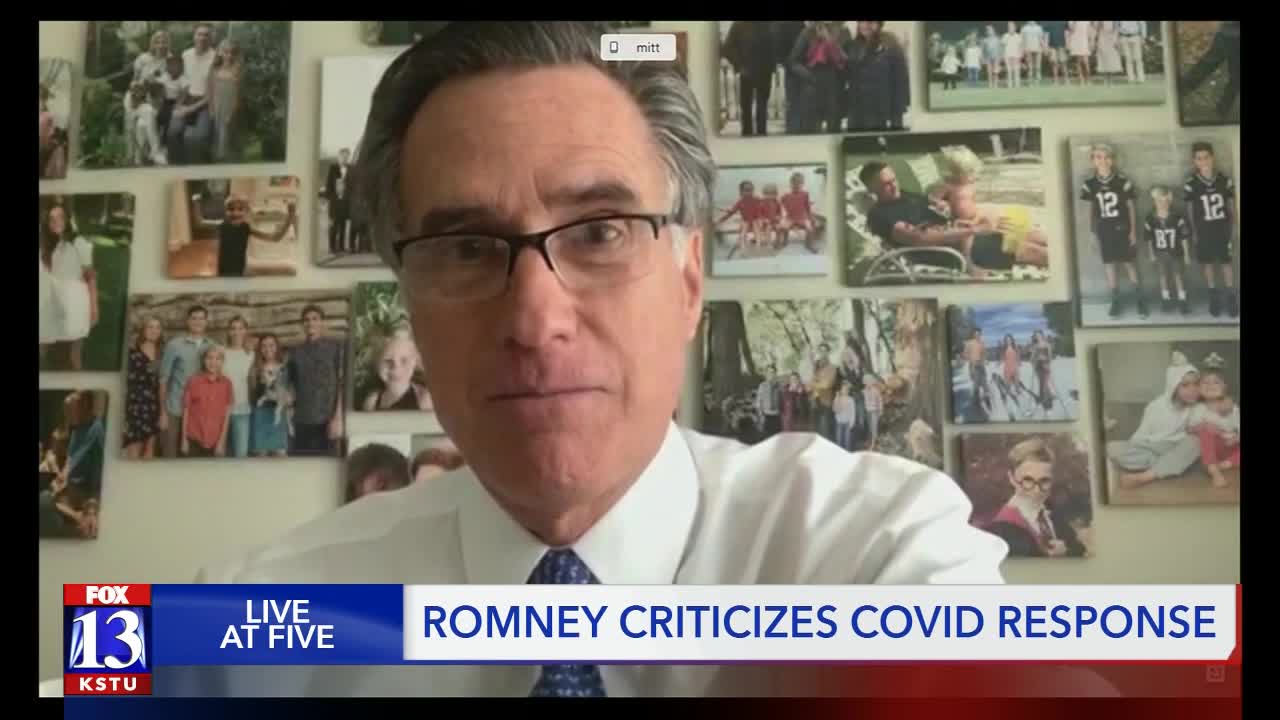 WASHINGTON, D.C. — One day after President Donald Trump praised America's testing for COVID-19 with help from Admiral Brett Giroir of the Department of Health and Human Services, Senator Mitt Romney took aim at the boast.

Giroir was among the experts testifying in a virtual committee hearing Tuesday.

"Yesterday, you (Giroir) celebrated the fact that we had done more tests — and more tests per capita, even — than South Korea, but you ignored the fact that they accomplished theirs at the beginning of the outbreak while we treaded water during February and March," Romney said. "So as a result of that, they have 256 deaths and we have almost 80,000 deaths. I find our testing record is nothing to celebrate whatsoever.”

“Are either President Trump or former President Obama responsible for the fact that we don't have a vaccine now or delaying it in some way?” Romney asked.

Fauci responded: “No, Senator. Neither President Trump or former President Obama are responsible for not having a vaccine.”