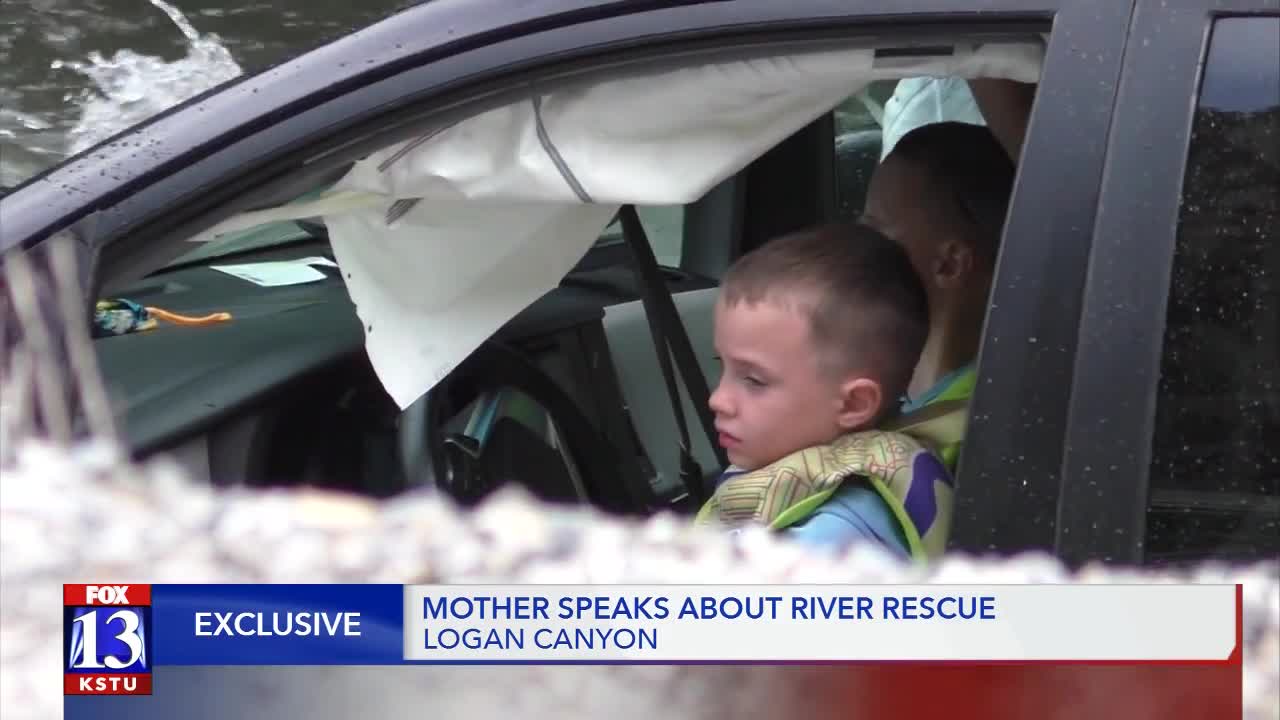 A woman and her two children are OK after their car plunged into the swift-moving Logan River Sunday.

CACHE COUNTY, Utah — The mother of four children spoke with FOX 13 about being trapped inside their car when they went off the road and into the Logan River Sunday.

Raechel Clark’s says her car floated downstream before the bottom of her car got stuck to a rock—then water rose up to her windshield.

“All you can hear is the river raging,” said Clark.

The water that had soaked through their belongings should have been from their beach trip to Bear Lake, but Clark and her family never made it.

“Just before you knew it we just heard boom,” said Clark.

Rounding a corner on their way up Logan Canyon, Clark reached down to grab a water bottle that had fallen to her feet and was lodged beneath the brake pedal.

The next thing she knew, Clark and her four kids were submerged in the Logan river.

Video shows them sitting on Clark’s lap, above the water covering her legs, while they waited for rescue.

“I thought to myself, I’m going to let myself die before my kids die, so this might be it for me but it’s not going to be it for them,” said Clark.

Police, firefighters, search and rescue and bystanders all came to Clark’s aid.

Using the firetruck ladder, a rescue crew rappelled down to Clark’s kids.

The rescue efforts shut down Logan Canyon for four hours.

Then, one by one, each was taken back to shore—safe and sound.

“There’s nothing I can do or say to tell them how thankful I am that I still have my kids and I’m still here,” said Clark.

The car is totaled, but only one of Clark’s kids suffered minor injuries form the accident.