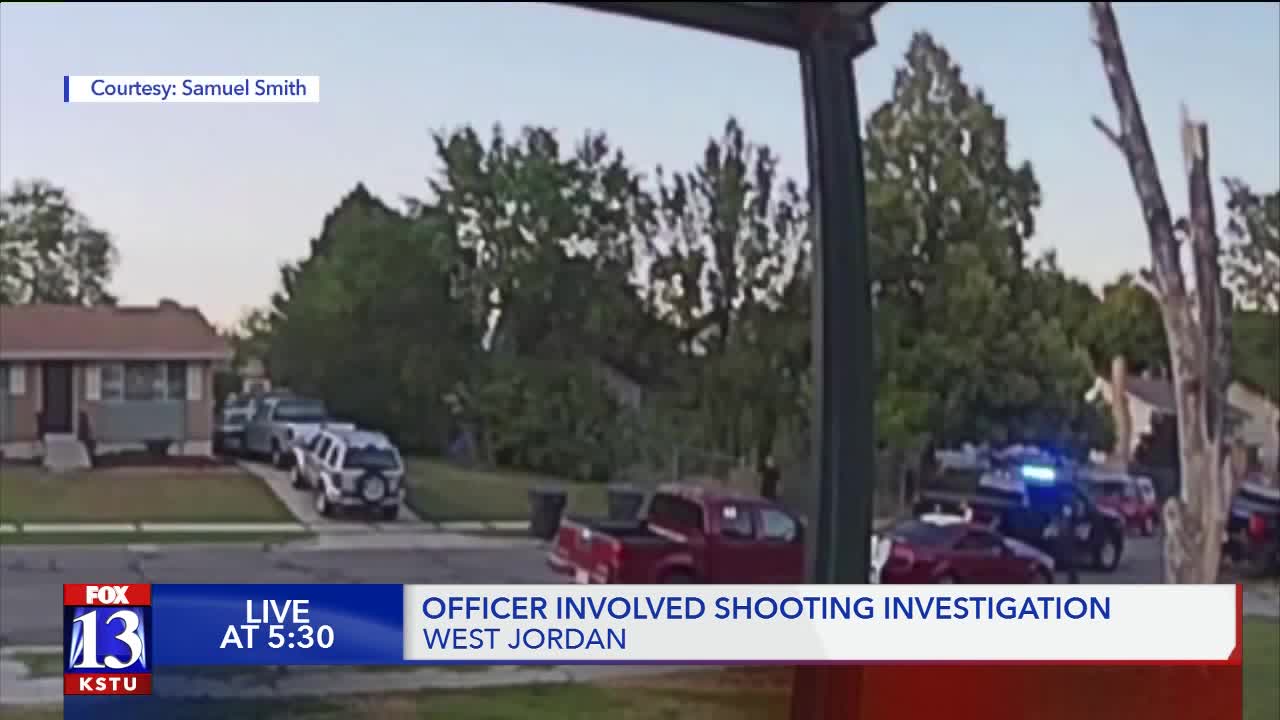 WEST JORDAN, Utah — A West Jordan police officer remains in the hospital Monday after being shot in the shoulder during a shoot-out with a suspect Sunday night. The man was shot and killed by officers Sunday evening.

Security video from a neighbor’s doorbell shows the still yet-to-be-identified man who appears to point something at officers then falls back while shots are heard firing.

He tries to jump a fence before stumbling up on the lawn.

“All the cops ran up and they shot him,” said Darlene Ayudan.

Ayudan saw the whole thing from her window.

West Jordan Police said officers tried to stop a stolen vehicle around 8 p.m. on Sunday. Ayudan said she saw a man get out with his hands up, but punched an officer when he approached.

“All I heard was 'pop, pop, pop,' and I thought it was fireworks going off,” said Samuel Smith.

Police said an officer was shot in the upper shoulder.

Ayudan said she saw the injured officer get dragged away by fellow officers during the gunfight.

“It’s sad because he was so young,” said Ayudan.

“It actually irritates me that someone would try to do that to try to take someone else's life that just wants to go home at the end of the day to their family,” said Smith.

Other neighbors tell FOX 13 officers were "trigger happy” and shouldn’t have killed the man.

As of Monday afternoon, West Jordan Police have not identified the man killed by officers.