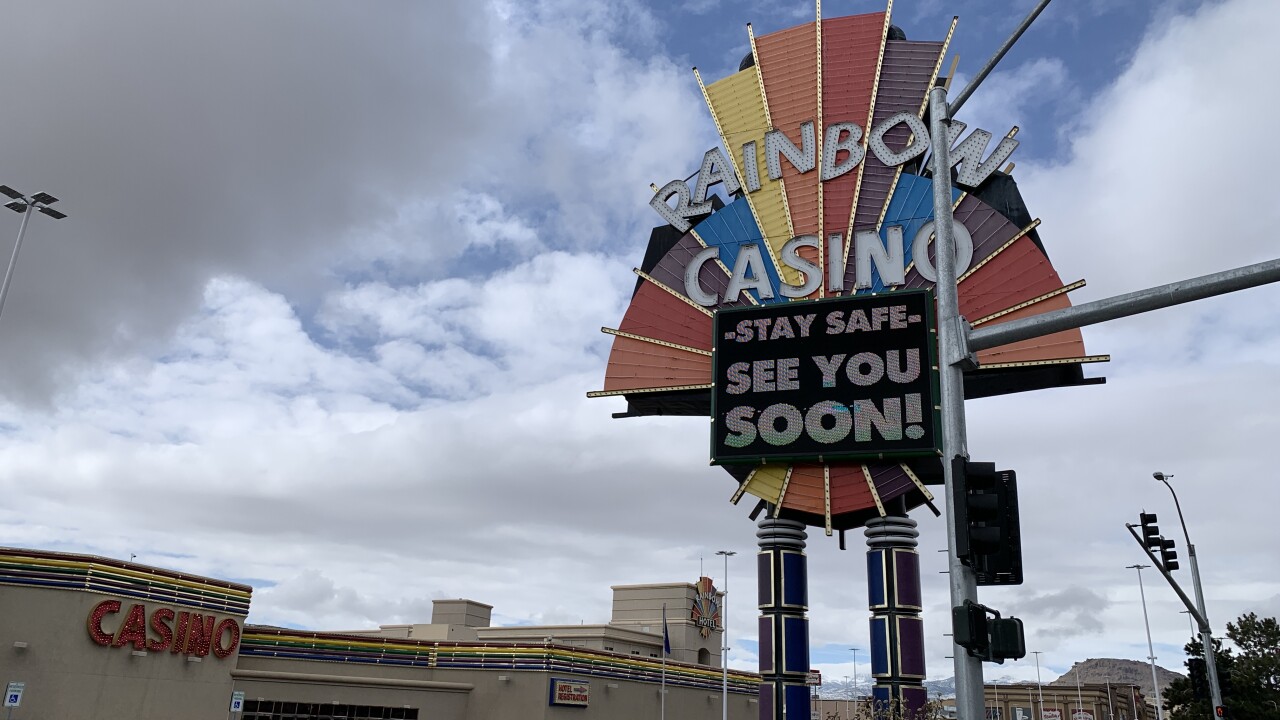 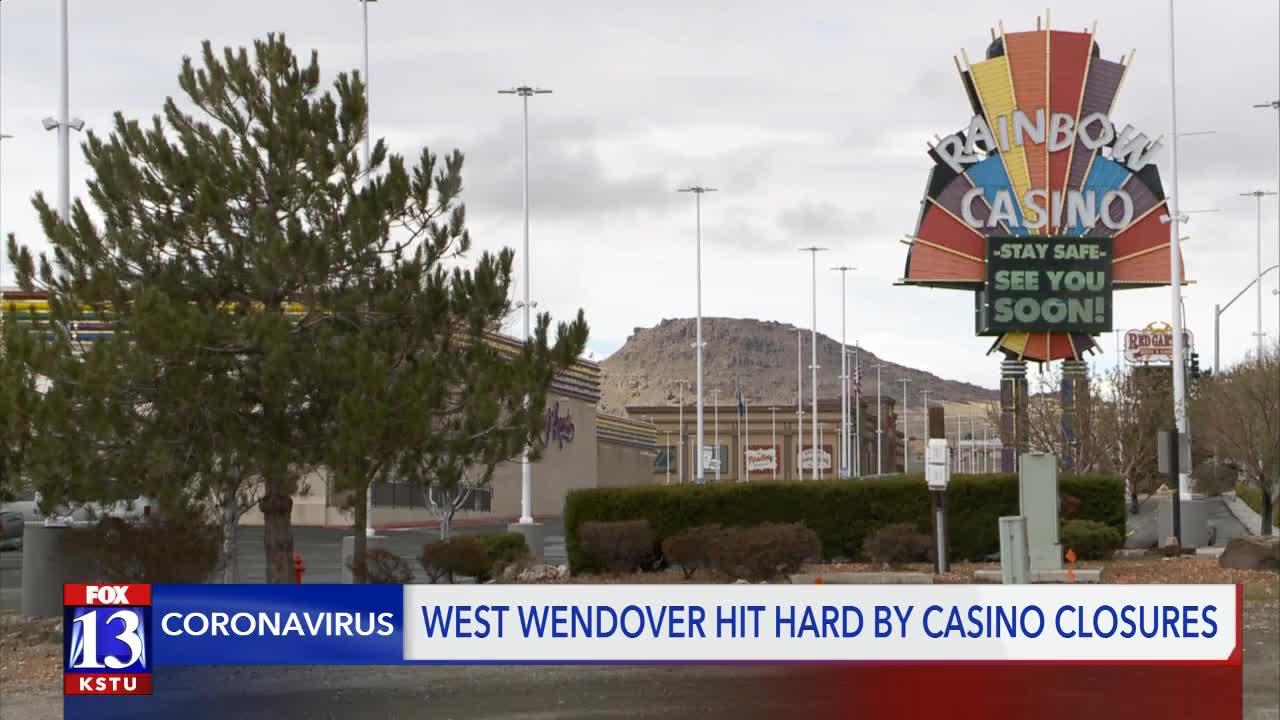 WEST WENDOVER, Nev. — Outside the Peppermill's human resources office, dozens of people lined up to pick up perishable food that would have been used in casino buffets and restaurants.

They all just lost their jobs after Nevada Governor Steve Sisolak ordered casinos closed for 30 days to stop the spread of COVID-19.

The decision by the governor to close "non-essential" businesses is devastating to West Wendover, which uses its casinos to lure Utahns to the Nevada border town for a weekend of gambling and concerts.

"It’s just rough. No work for anybody, practically," said Carlos Aguilar, who lost his job. "It’s a casino town."

West Wendover Mayor Daniel Corona estimates 70% of the community's economy is tied to gaming. In an interview with FOX 13 on Thursday, Mayor Corona estimates more than 1,000 people are out of work. He is one of them, having lost his casino job.

Councilwoman Jasie Holm lost her cafe business once the casinos closed. She and Aguilar showed up at the JAS Foundation food pantry to volunteer. Councilwoman Holm said the pantry's founder, Frank Sharp, is one of those most vulnerable to getting novel coronavirus and has been told to stay home.

"We just got hit with the food bank today bigger than it’s ever been before," she told FOX 13.

West Wendover is facing a strain on its food bank now. It's the last on the Nevada food pantry relief line and shipments are already starting to dwindle. Peppermill's delivery of cases of lettuce was welcomed as people trickled in for boxes of food. The pantry is asking for donations to keep it stocked.

In the midst of a pandemic, Aguilar urged his community to step up and serve.

"Try to stay calm. Help out wherever they can. Try to stay safe," he told FOX 13.

It's not the first time West Wendover has been hit with bad economic luck. Casinos have gone bankrupt and they weathered the recession. But this is the first time all casinos have been shut down. Peppermill (which owns Peppermill, Rainbow and Montego Bay) is paying its employees up to to two weeks wages during the shutdown. The others are not.

West Wendover's City Council met in an emergency meeting last week and voted unanimously to waive utility fees and suspend any shutoffs. Mayor Corona filed for unemployment himself and urged others to do so. He said Gov. Sisolak has sped up the unemployment process for communities impacted.

"They’ve staffed up the unemployment office, they’re processing claims as quickly as possible so people don’t have too big of a gap in between their last paycheck and when they get their first unemployment check," Mayor Corona said.

Two businesses that haven't been ordered closed by the state include marijuana dispensaries and liquor stores. West Wendover has both and Mayor Corona said he understood they were still doing good sales in light of the pandemic and said it was something positive for their community.

"We’re going to take care of each other," the mayor said. "There’s going to be some tough times ahead but we’ll get through it stronger than ever."