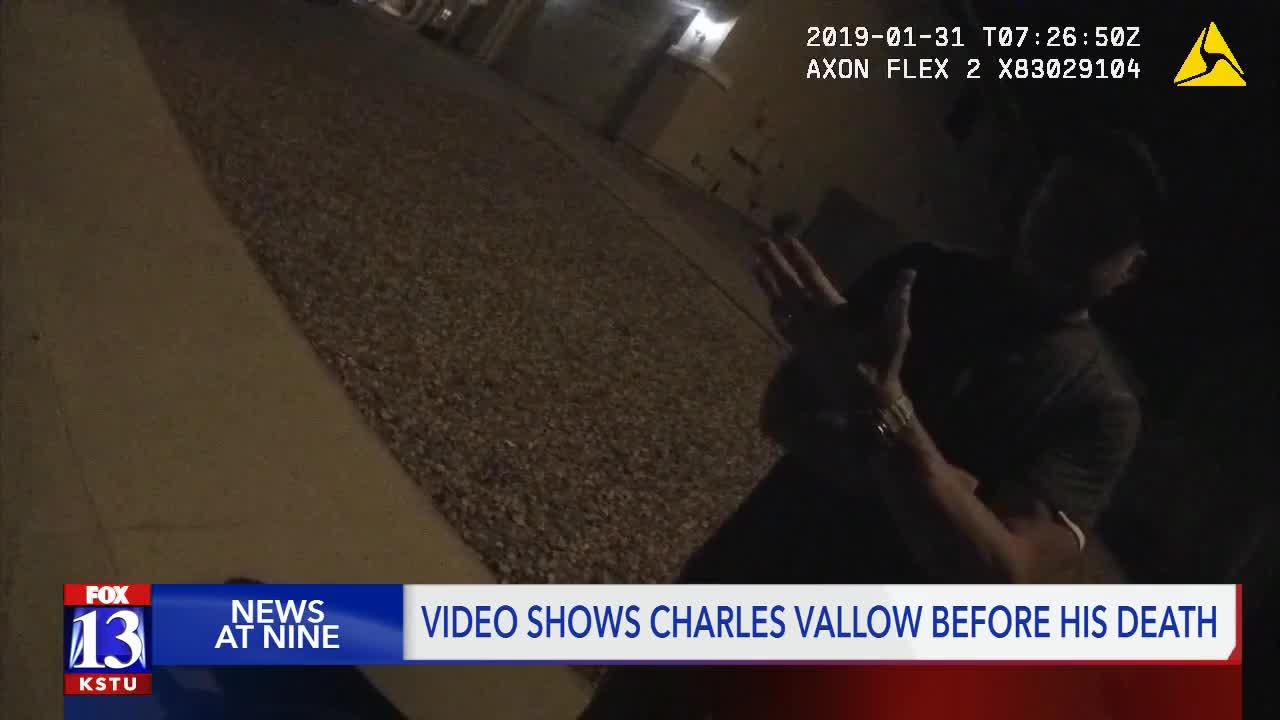 Another piece in the case of Lori Vallow-Daybell.

17-year old Tylee Ryan and 7-year old Joshua "JJ" Vallow have been missing since September, out of Rexburg, Idaho.

Vallow Daybell is in jail on charges of desertion and nonsupport of her children.

This week, Gilbert, Arizona Police released body camera footage from an interaction officers had with Charles Vallow in January of 2019.

Charles called police after he said Lori canceled his return flight home from Texas, where he was on a business trip. Charles was able to fly back anyway. When he arrived, he said he found his truck and house keys gone, all $35,000 drained from his bank account, the house locked up and no answer from Lori.

He tells officers he hasn't been able to see JJ or Tylee, and that Lori last told him that she got rid of all his stuff from their home and that he was not to come to the house.

Charles expresses that he doesn't want to try to enter his home alone, and figured it would be better if police were with him.

During his conversation with the officer and sergeant, he describes his worries over Lori's mental state-- and her radical religious beliefs.

"She's lost her mind," Charles tells the officer. "I don't know how else to say it. We're LDS. She thinks she's a resurrected being, and a god, and member of the 144,000. Jesus is coming next year."

He lays out the things he said Lori has been telling him, including that she thinks he is a "dark spirit."

"She got all this stuff from these people in Utah, who tell her how many past lives she's had," he said.

"So, what makes her a danger to herself and to others?" the officer asks. "She's threatened me-- murder me, kill me," Charles responds.

When asked how she threatens him, Charles replies that Lori said she would "destroy" him.

"She said, 'You're not Charles. I don't know who you are, what you did with Charles, but I can murder you now,'" Charles recounts.

During the interaction, Charles says many times that he just wants to know where his children are and be able to see them-- then 6-year old Joshua "JJ" Vallow who Charles and Lori adopted, and 16-year old Tylee Ryan who is Lori's daughter and Charles' step-daughter.

He tells officers he is worried about them, too.

"So how does she pose a threat to your children?" the officer asks.

Police ask Charles if Lori has said anything about hurting the children. Charles responds that Lori told their Bishop that she didn't want the kids.

"Today she said, with Gabe on the phone, 'Come take the kids,'" Charles says. "'I don't care what happens to them. Come take them.'"

Police help Charles break into his own home to see if Lori and the children are there, by kicking the door down.

One officer has an emergency mental health petition for Lori in his hand. But Lori, Tylee and JJ are nowhere to be found.

Charlies discovers that his belongings-- including his laptop and clothing-- are gone.

JJ and Tylee went missing several months after the January call to police. Their disappearance put Lori in jail, but she continues to refuse to say where the kids are located.

Back when Charles called police more than a year ago, officers told him there wasn't any crime.

"As a parent, she has the right to take her children," the officer explains.

Click here to read more about their disappearance, and the investigations into Lori Vallow Daybell and her husband Chad Daybell.