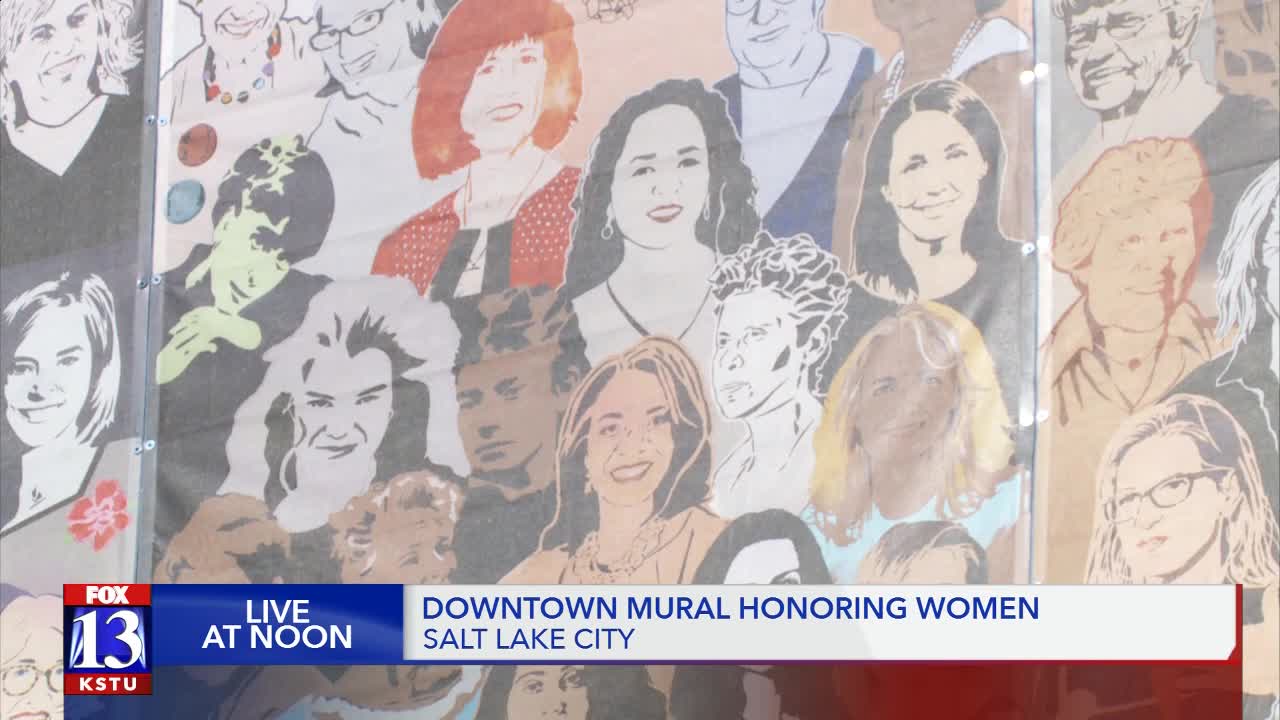 A new mural downtown honors the women of Utah.

It’s called “Utah Women 2020,” and is on one wall of the historic Dinwoody Building located at 37 West and 100 South.

It’s part of a celebration of the 100th anniversary of the passing of the 19th amendment, giving women the right to vote.

The huge mural commemorates Utah women, present and past for their contributions.

It features women from the arts, politics, sports, all of whom have contributed in some way to the betterment of women in the state.

“Today is all about the celebration,” said Utah State Rep. Sandra Hollins. “The celebration of all those women in this state who have put themselves out there and have fought for change.”

It was done by artist Jann Haworth.

She’s one of the co-creators of the Beatles iconic, Sgt. Pepper’s Lonely Hearts Club Band album cover, and this mural incorporates the same theme.

“The passage of the 19th amendment was the culmination of a massive civil rights movement, nearly 100 years in the making,” said Scott Anderson with Zions Bank. “And Utah women were right in the middle of the battle.”

The unveiling of this mural happened the same week as a recent survey showed Utah ranking dead last, 50th out of 50 states, for women’s rights.

“But not withstanding that announcement, I hope that this mural gives us pride in our past and hope that we will be and that we are on the way of being the best place for women’s rights in the nation,” Anderson said.

So while this mural is a wonderful tribute and those on it are honored to be recognized, people like Rep. Hollins say they realize there’s still a lot to do.

Those involved in the project say Scott Anderson was the main driving force behind getting it done.

And the artist, Jann Haworth, says it was difficult deciding on which 250 women to put on the mural and which ones didn’t make the cut. She says it was decided through a democratic voting process.

A few of the faces have intentionally been left blank so other women can be added in the future.