No mask, No service: Can businesses legally require customers to wear masks? 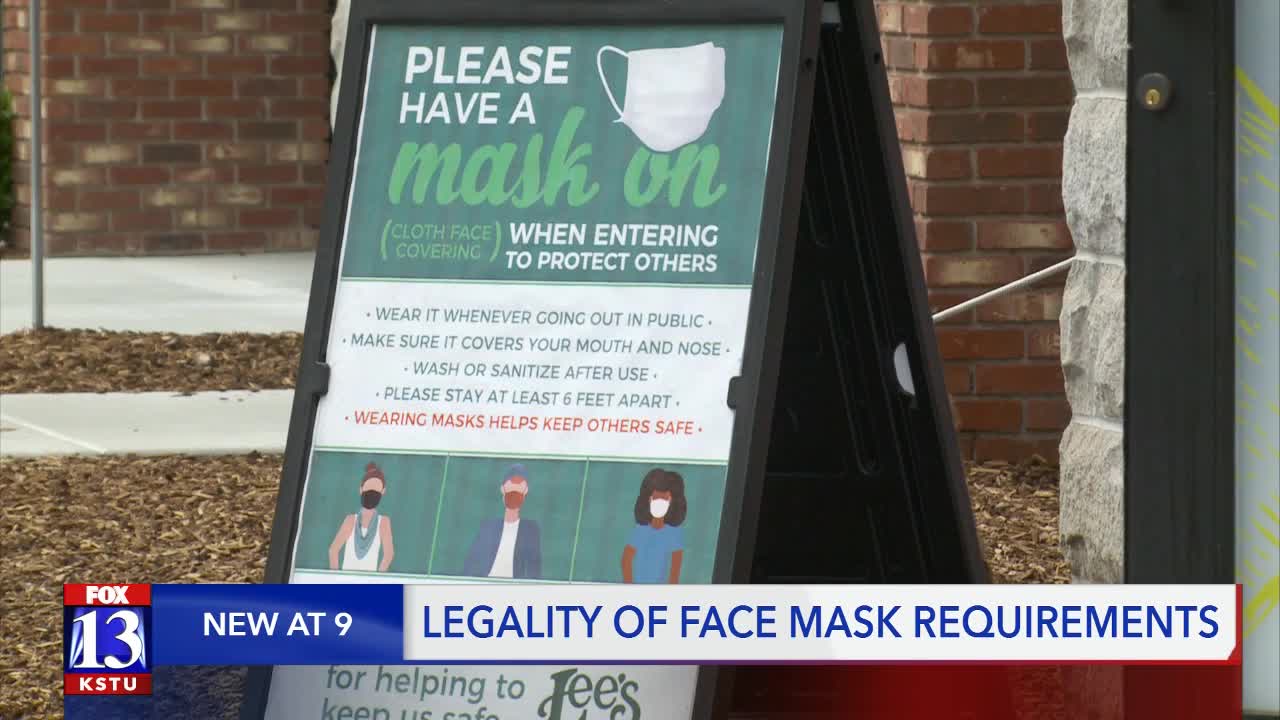 SALT LAKE CITY – As the state continues to reopen, more businesses are requiring masks – leading many to wonder, are businesses allowed to refuse service to someone who won’t cover their face? FOX 13 asked an attorney to find out.

As the state of Utah continues to reopen in the midst of the pandemic, many businesses have been required to implement masks along the way.

Face coverings are the ‘new normal’ for workers at restaurant, cultural or entertainment centers, sports venues, and gyms. All the while, both employee and customer are now required to wear a mask while receiving personal services like hair and nail salons, day spas, massage studios, body art and tanning businesses – to name a few.

Many local restaurants, like White Horse and Whiskey Street, have extended mask requirements to their customers. Other locally owned businesses like Home Again Consignment, Snider Bros. Meats and Cactus & Tropicals, have done the same.

But, would that deter customers from walking in? FOX 13 took to social media to find out.

Within a couple of hours, hundreds of comments flooded in -- many viewers said the new fashion accessory was not an issue.

Many others said the exact opposite.

“It should be the patron’s choice,” one user wrote.

“I want the opportunity to make the choice myself, not have some self-appointed tyrant deciding for me,” another commented.

“Probably bypass it. It’s a form of dictatorship in my opinion. This is the land of the free provided by the free…” another argued.

Mask wearing has become a heated topic of conversation, even becoming a politically-charged argument when it comes to wearing one.

For a number of ‘no-maskers’ the argument comes in the form of infringement upon First Amendment rights.

So, with a split audience, FOX 13 turned to a First Amendment attorney to see who was in the right.

“When people are out there saying, ‘This is infringing upon my First Amendment rights,’” a FOX 13 reporter began to ask.

The short answer – yes, a business can refuse a customer service for not wearing a mask, it is not considered a form of discrimination.

“If you decide to open for business you can’t discriminate against them based on certain characteristics like race, gender, sexual orientation -- that’s because of laws that have passed, not the first amendment, but wearing a mask or not wearing a mask is not a protected class,” Reymann said.

Think of it like this… no shirt, no shoes, no mask – no service.

“There’s no law that prevents business owners from setting the terms of what people have to wear when they’re in a store,” said Reymann.

Unless a business explicitly states that masks are required, you do not need to wear one. However, state officials do recommend them in areas where social distancing isn’t possible or difficult.