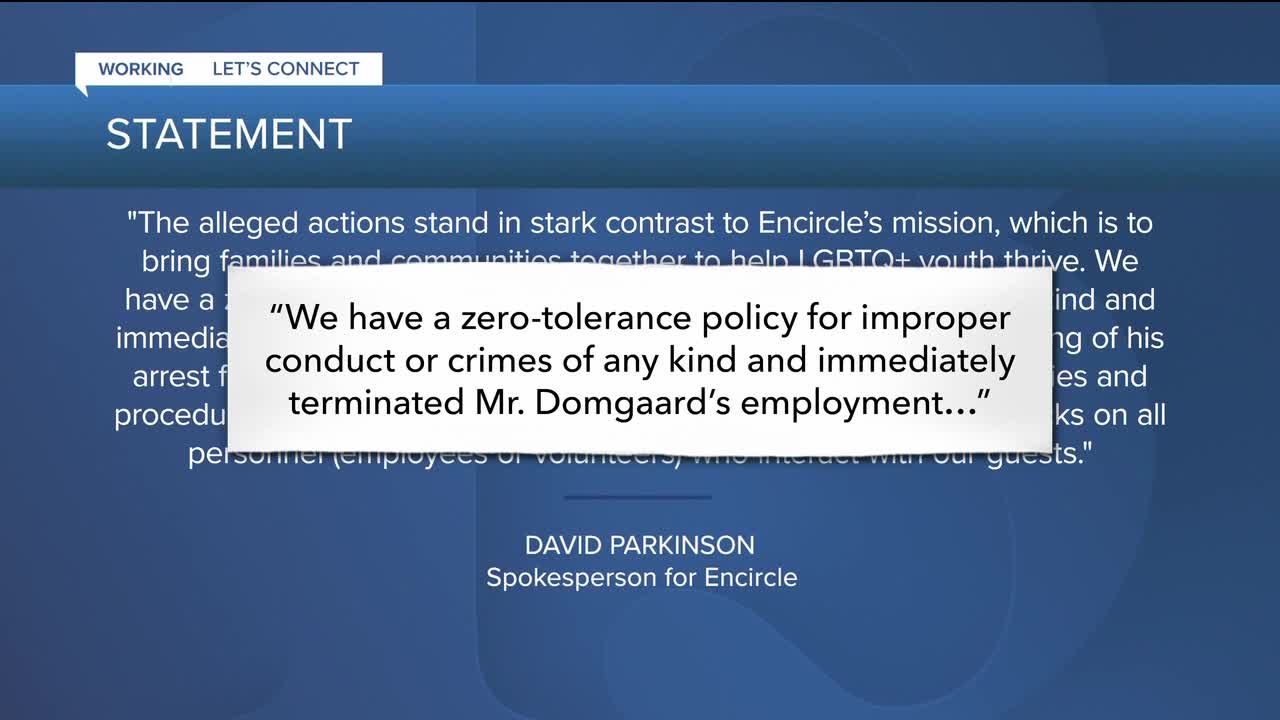 SALT LAKE CITY — The program manager for Encircle was fired after he was accused of purposely possessing child pornography.

Encircle is a mental health and therapy service provider, specifically for those in the LGBTQ community.

The Utah Attorney General’s Office said this case is one of the many they’ve seen in a 50 percent increase this year in child sexual abuse imagery.

Images of an 11 year old, 13 and 12 year old, fully nude—that’s what investigators with the Utah Attorney General’s Office said they found on Tyler Domgaard’s computer.

Documents providing information and a request for Domgaard’s arrest state the National Center for Missing and Exploited Children received a report from twitter, where five photos of child pornography had been uploaded.

According to the documents, the internet service provided reported Domgaard as the subscriber.

Domgaard told investigators “he knew he was involved in self-destructive behavior and he was waiting for the ‘other shoe to drop which it just did.’”

Alan White, Commander of the Utah Internet Crimes Against Children Task Force, said he won’t speak about Domgaard’s case specifically, but cases like Domgaard’s are increasing.

“It’s very emotional to deal with some of those individual cases,” said White.

In the 15 years White has been a part of the ICAC Task Force, White said he’s watched content change from pictures to videos.

“It’s things that you would never imagine,” said White. “Unfortunately we’re exposed to that content to verify if that’s illegal content or not, and that’s probably the most difficult part of the job.”

2020 already started as a record high year for cases, but White said they reached an all-time high number of cases in April: more than 250 cases.

In the months since, White said they’ve seen a 50 percent increase in cases since last year.

“Per capita we’re one of the busier,” said White when comparing case volume across the nation. “I think that’s the connectivity and the focus of having internet service throughout the state of Utah.”

Due to the increase in cases, White said they have a backlog of more than 15 cases currently.

On average, White said it takes about three months to close a case.

“Just to put together a solid investigation,” said White. “We don’t want to go out in the community without knowing exactly what we’re dealing with.”

Domgaard is accused of being one of those cases.

Encircle, Domgaard’s former employer found the news about Domgaard as a surprise.

“We have a zero-tolerance policy for improper conduct or crimes of any kind and immediately terminated Mr. Domgaard’s employment,” wrote David Parkinson, a spokesman for Encircle.