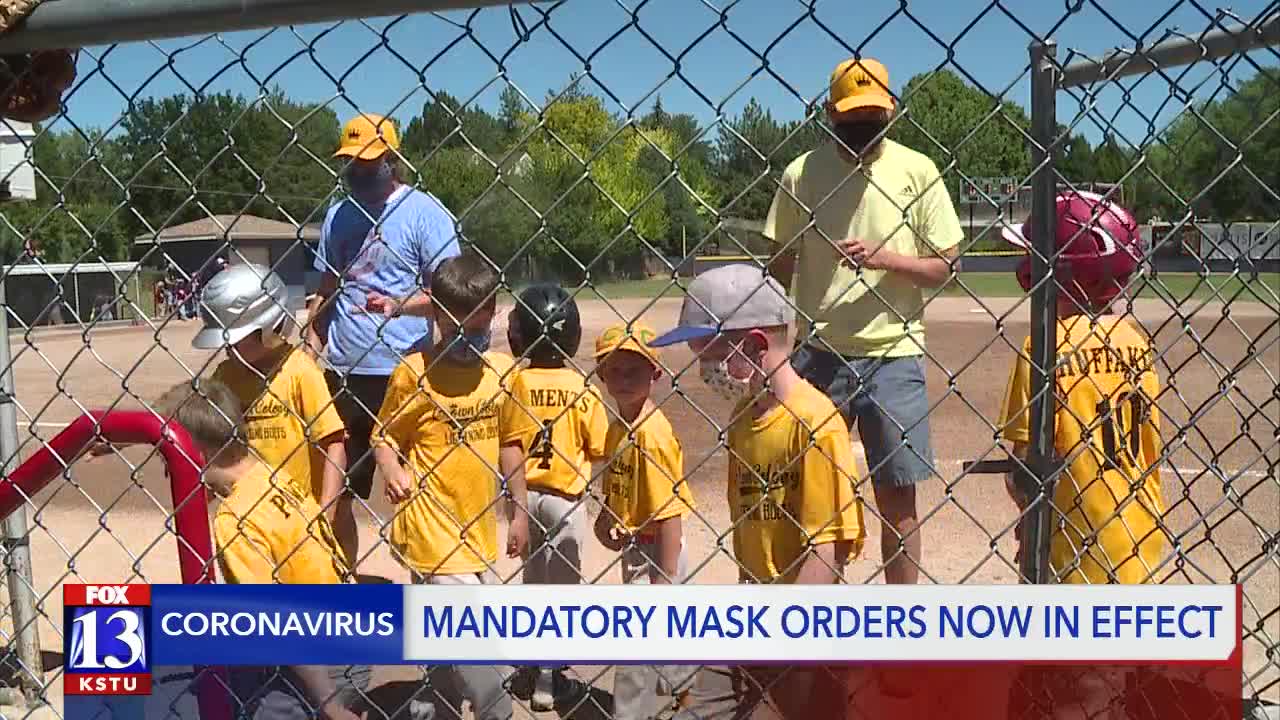 Saturday was the first day of Salt Lake County and Summit County mandating masks in public for the first time, but in some cases there are still exceptions. 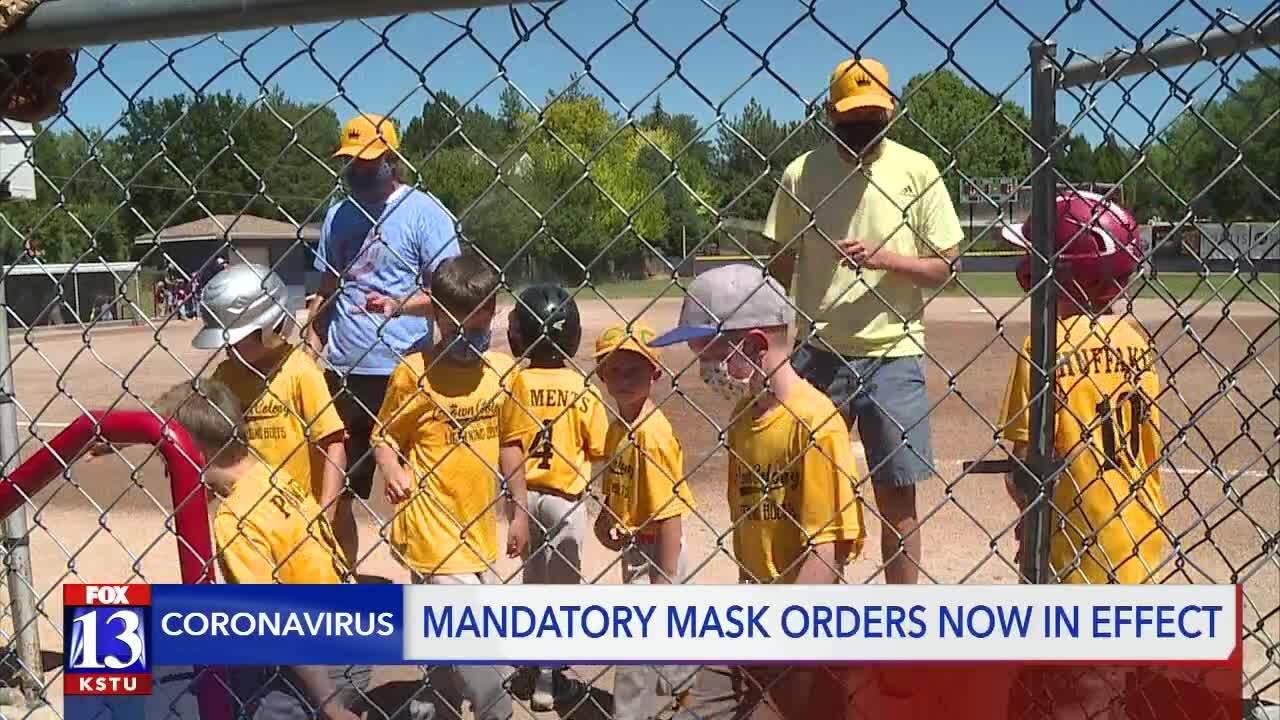 HOLLADAY, Utah — Saturday was the first day of Salt Lake County and Summit County mandating masks in public for the first time, but in some cases there are still exceptions.

Little League Baseball players, their parents, and health officials agree: "The game must go on."

Nicholas Rupp, a spokesperson for the Salt Lake County Health Department, said there is still a way to hold games safely, in some cases without masks.

The exceptions are very specific.

The punishment for failing to follow the face covering mandate in Salt Lake County is a misdemeanor, although Mayor Jenny Wilson said she would call for verbal warnings and educations about the benefits of wearing a face mask.

"We're thrilled we can play baseball," said Kirk Huffaker, a coach for the Crown Colony baseball league in Holladay. "The league has been very cognizant to put rules in place to protect the kids... We think that baseball is the perfect sport for social distancing!"

Kids are still allowed to play without masks in Salt Lake County because they are exercising.

Fans are not required to wear a mask outdoors, if and only if they are six feet apart from others outside their household.

"I'm watching my brother play baseball!" said nine-year-old Hazel. "I think it's sort of a blessing, just so I can still go outside and have fun a little bit."

Although most fans were not wearing masks, families seemed to be doing their best to keep their distance from one another as they watched the game.

"I have diabetes, so I try to be a little careful... probably more so than some people," said Brad Jefferies, donning a University of Utah mask as he watched his grandchildren. "I know a lot of people don't like to be told what to do. I'm one of those, but I think most people are using pretty good judgment."

Brady Zimmerman, a father and coach for his son's team, said all players are receiving temperature checks prior to the game as part of the effort to keep the league running safely.

"(The kids) were a little bummed out when it was delayed," Zimmerman said. "They thought it was going to get canceled."

Players are still encouraged to wear their mask in the dugout, where social distancing is impossible.

Coaches and umpires are being instructed to wear masks whenever they are within six feet of anyone.

"It's up to us, as parents, to model good behavior -- the behavior we want to see our kids follow," Huffaker said.

The Crown Colony league also runs a snack shack, where they grill things like hotdogs and hamburgers for customers.

Rupp said snack bars are allowed, so long as the establishment has a county-issued permit and the people serving food are wearing masks whenever social distancing is not possible.

For some families, Caputo's Market and Deli in Holladay was their post-game lunch spot.

Parents who were not wearing masks at the game made sure to put them on before going inside.

Rupp said restaurant customers are not required to wear a mask at their table as they drink water or eat.

"So far we haven't had to deal with anyone making a scene, and everyone's been really understanding which was something we were worried about, but so far so good," said CEO Matt Caputo. "I'm not a scientist. I just know about cheese and chocolate and salami. I'll answer all the questions on that! But if it makes other people feel more comfortable and there's a chance it could help? I'm all for it."

Caputo said only about 15-20 people tried to enter the deli without a mask. They were all offered complimentary masks, and they all agreed to wear the mask without putting up a fight.

The business is prepared to remove customers -- or ask them to wait outside in their cars -- if a customer does not comply with the mask mandate.

Earlier this week, Caputo said he wrote a letter to Governor Gary Herbert urging him to approve the mask mandate to make things easier on his business.

"Believe it or not, being a bouncer is part of a deli manager's role," Caputo said. "Luckily we don't have to do it that much."