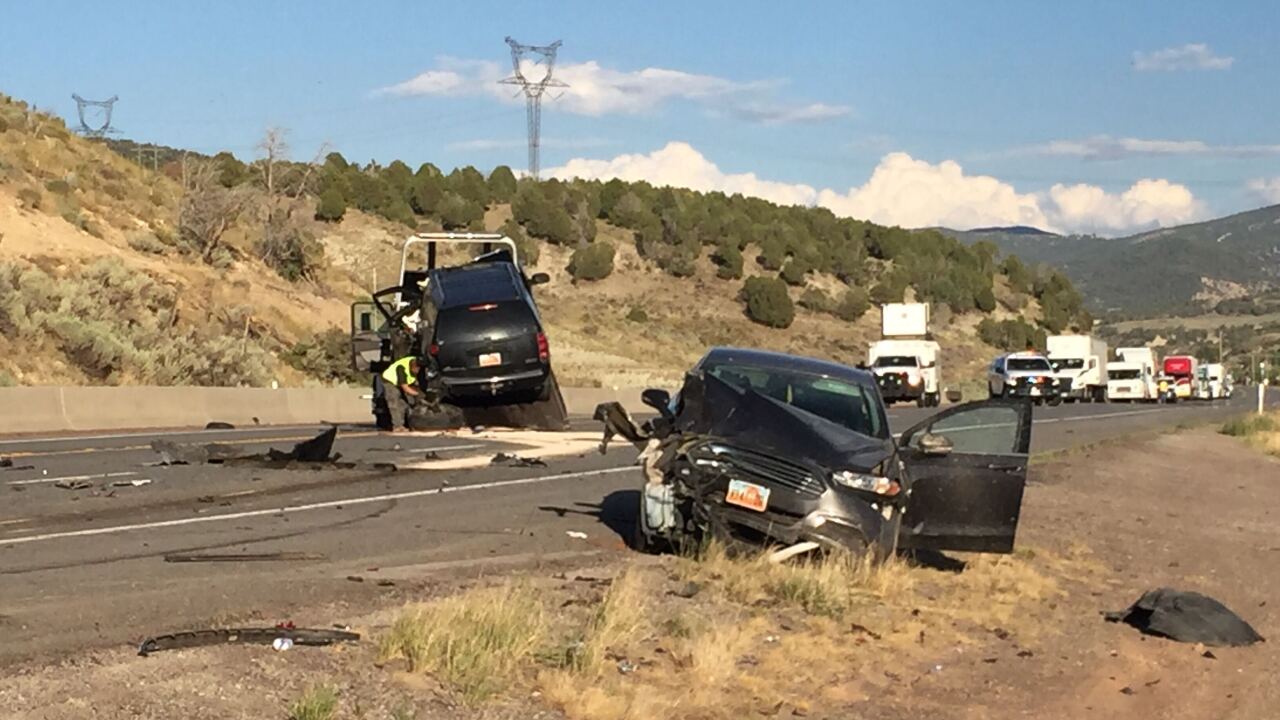 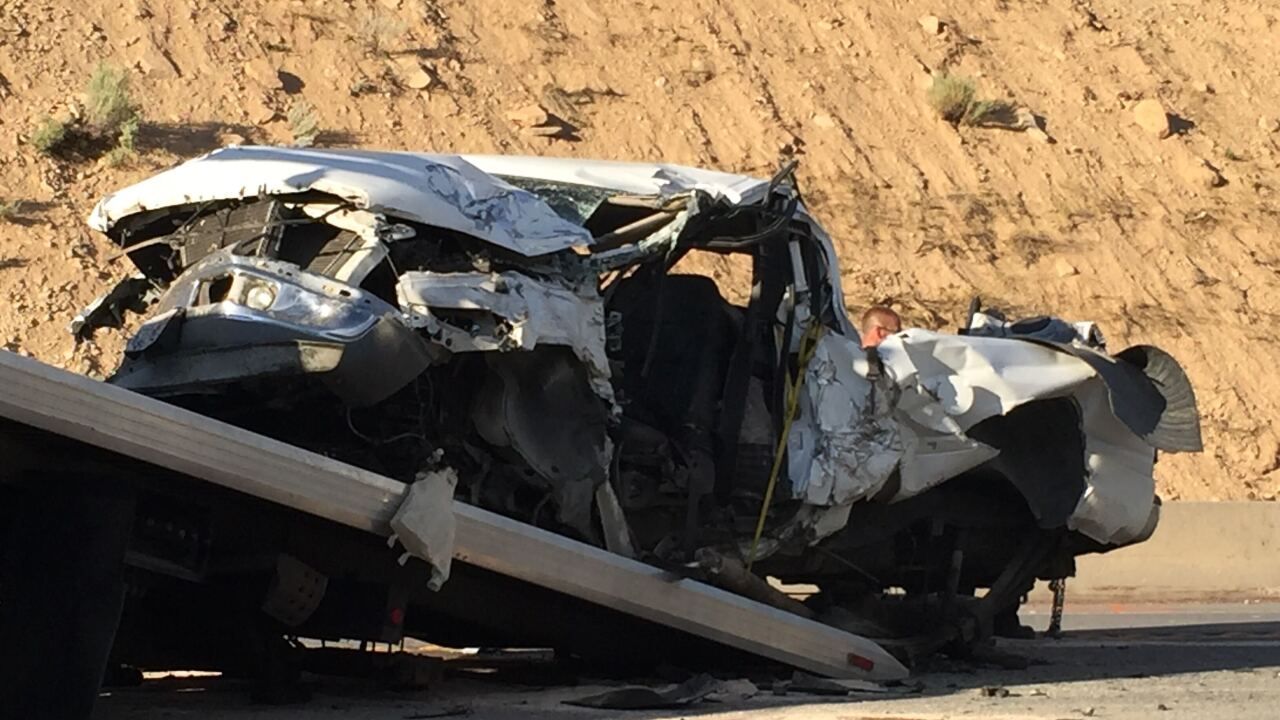 UTAH COUNTY — One person was killed in a crash Tuesday on U.S. Highway 6 in Utah County, and multiple others sustained injuries ranging from serious to critical.

According to the Utah Highway Patrol, a westbound double-tanker semi-truck had slowed or stopped, and a Dodge pickup truck behind struck the left rear corner of the semi's second trailer. The pickup then went into an eastbound lane where it collided with a GMC Yukon SUV. The SUV then swung into the other eastbound lane where it was struck by a Ford Fusion.

The driver of the pickup died, while the drivers of the SUV and the semi were flown by helicopter to local hospitals with critical injuries.

The driver of the Fusion was transported to a hospital by ground ambulance.

This is a breaking news story and will be updated as more information becomes available.