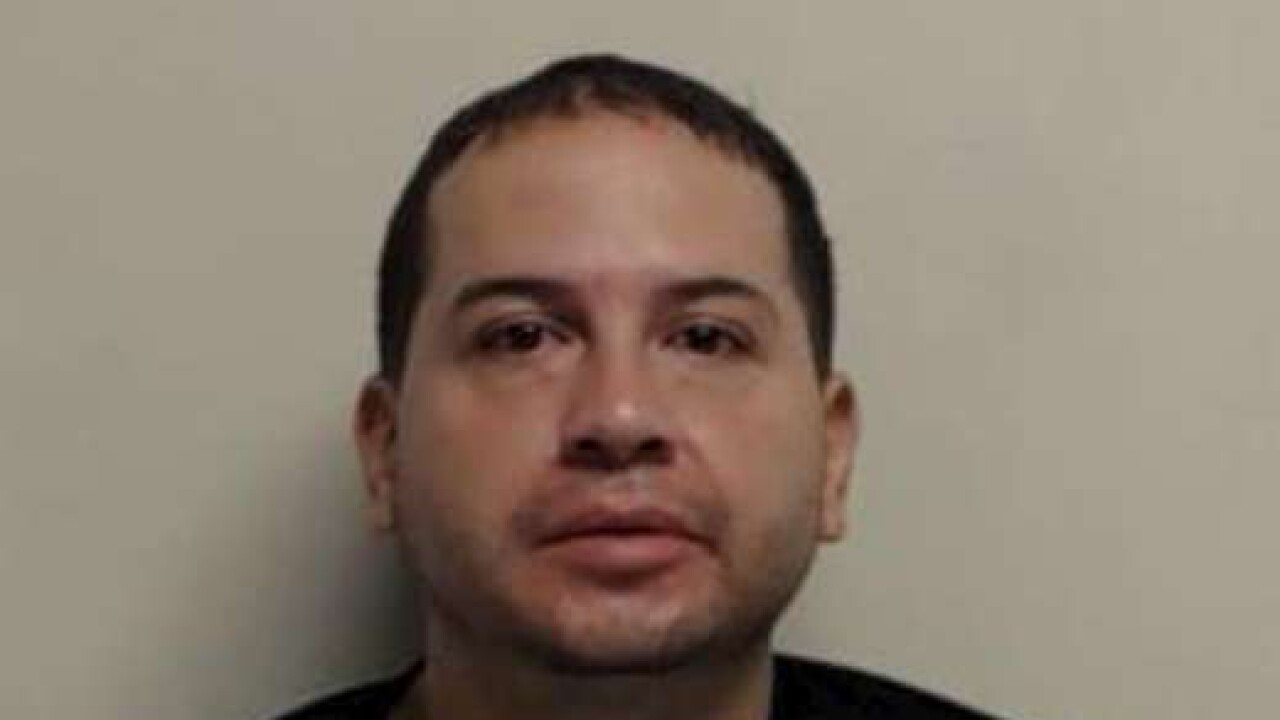 OREM, Utah — An Orem man is facing a charge of commercial terrorism after police say he threatened to shoot customers and employees at a Café Rio restaurant.

Daniel Rivera-Medina, 34, was booked into jail on suspicion of that charge and several others.

According to a probable cause statement, on July 27, officers responded to the restaurant on Center Street on a report of a man who was fighting and threatening to kill multiple customers and employees and disrupting commercial operations.

The arriving officers observed the man standing in line and yelling at multiple employees and customers.

They saw the man step toward an employee with his right arm extended, and his hand in a fist.

Police later learned the man had been swinging his arms at employees and threatening to shoot them.

Officers identified three employees who said the man had threatened to kill them.

A customer said the man tried to punch him, but he was able to dodge the punch.

Witnesses told police that when the man noticed officers approaching him, he said “here we go” and took what appeared to be a fighting stance.

Officers were able to restrain him and lead him outside, but he actively resisted the officers, pulling away repeatedly, despite commands to stop.

The man told officers that if he had a gun he would have "shot all of you all,” the charging documents state.

The man refused to provide officers with identifying information, but was identified as Rivera-Medina from his Texas driver’s license.

Even after being placed in a patrol vehicle, the suspect continued to yell and threaten officers.

He headbutted the cage window several times with a large amount of force and kicked the door hard enough that the whole car was shaking, and the door started to push outwards.

The officers forcibly removed the man from the vehicle to place leg restraints on him. Despite the restraints, the defendant continued to kick and fight.

Along with the third degree felony charge of commercial terrorism, Rivera-Medina was also charged with damaging a jail, a third-degree felony as well as four class B misdemeanor charges of interfering with arresting officers and making threats of violence.