'Pink Pistols' encourage members of the LGBTQ community to arm themselves 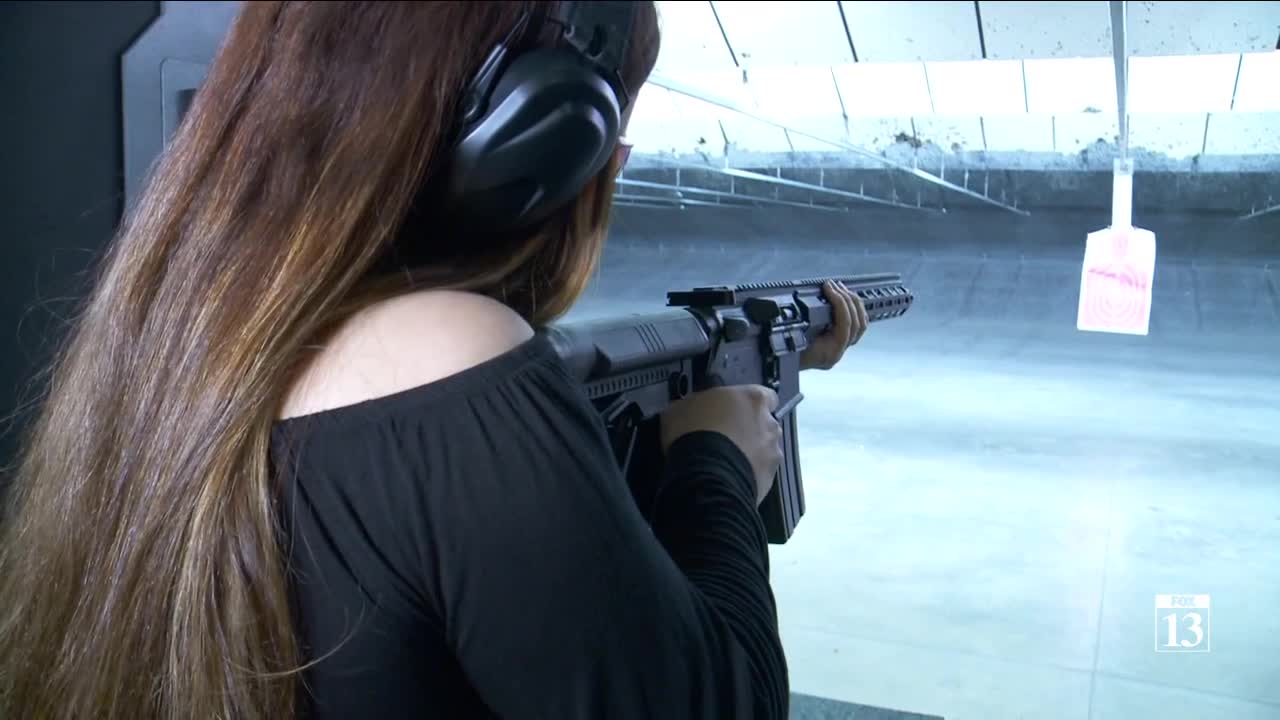 A longtime supporter of gun control now finds herself on the other side of the aisle.

MURRAY, Utah — A longtime supporter of gun control now finds herself on the other side of the aisle.

As recently as summer 2019, Ermiya Fanaeian was a vocal activist organizing and participating in gun control rallies sponsored by ‘March for our Lives’ and ‘Moms Demand Action.’

“I never thought I would own a gun,” Fanaeian said. “I was completely against gun ownership in any sense.”

Fanaeian identifies herself as a trans woman. She says this change in viewpoints is a response to hate crimes and violence against members of the LGBTQ community taking place around the country.

“What changed is the urgent need to save queer and trans people who are experiencing this epidemic of violence. I thought it was incredibly important for us to begin protecting ourselves and our own communities,” Fanaeian said. “There’s been a continuous cycle of trans women experiencing murders every year. If politicians and the police aren't protecting us, we have to do that ourselves”

This summer, Fanaeian who is a student at the University of Utah, began the Salt Lake chapter of a nationwide group called the Pink Pistols.

The Salt Lake Pink Pistols promote self-defense and responsible gun ownership for people who identify as LGBTQ and their allies.

“We believe regular, every day Americans should be able to arm themselves,” Fanaeian said.

She and members of the Pink Pistols spend several hours a month practicing target shooting at local gun ranges.

Fanaeian says many members, including herself, were intimidated the first time they fired a gun, but it did not take long for that feeling to evolve into something much more powerful.

While she still supports policies that will help stop gun violence, Fanaeian does not believe that goal can be accomplished by legislation aimed at taking firearms away from responsible owners.

Fanaeian has not been a victim of a hate crime herself, but hopes the actions taken by members of the Pink Pistols send a message to any pottential attackers.

“We want folks to know, we are no longer an easy target for them to commit these crimes and violence against us,” Fanaeian said. “I feel a million times safer knowing I have the protection and I have something that is going to protect me and save my life if it comes to that point.”

Most members of the Pink Pistols are college aged, young adults.