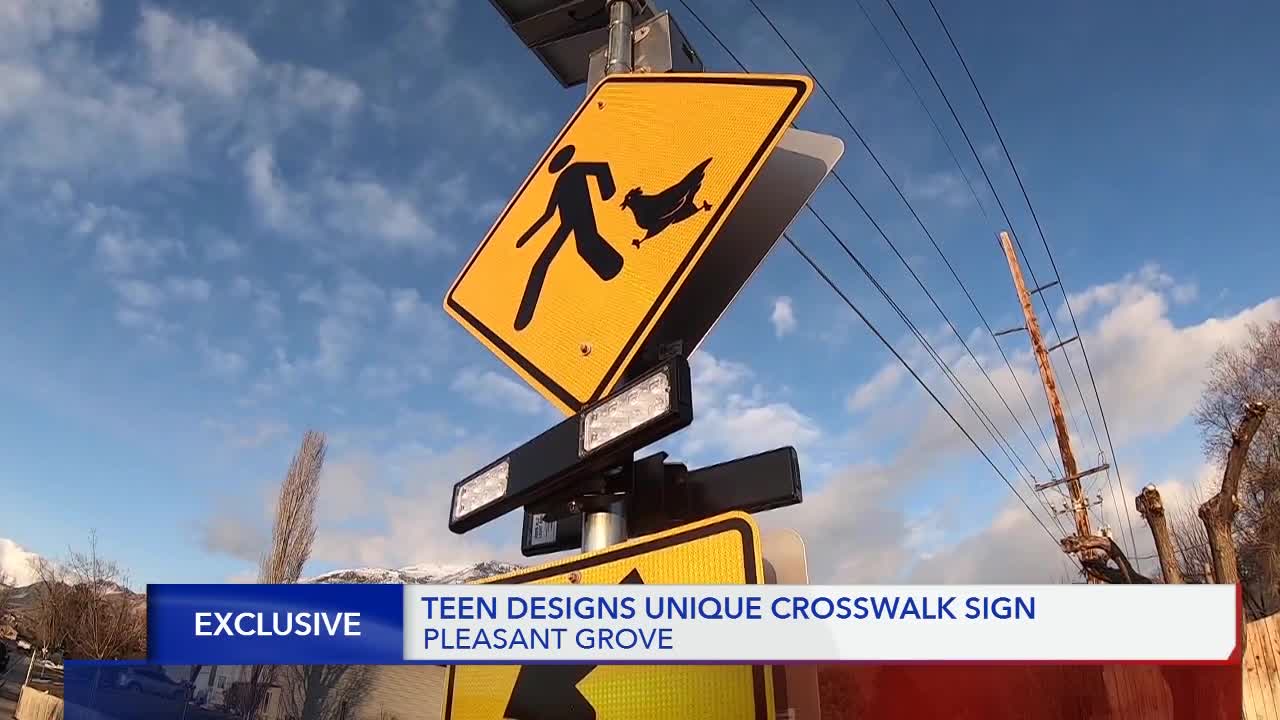 PLEASANT GROVE, Utah – A teen’s unique idea is causing drivers to do a double take and slow down.

16-year-old Ryan Fugal has been concerned about the safety of children who cross the busy intersection of 1100 North and 100 West.

The intersection lies between Ryan’s neighborhood and Pleasant Grove Junior High, meaning dozens of kids cross the street at the busiest times of the day.

“There’s been kids almost hurt or even killed because drivers don’t see them,” he said. “Cars don’t even see you until it’s too late.”

For his Eagle Scout project, Ryan decided to add a safety enhancement to the crosswalk.

He pitched a plan to city leaders to install a pair of flashing signs to each side of 1100 North.

After getting the go ahead, Ryan had the signs made with one unique feature.

“We thought it would be so funny to put a chicken on it just to brighten peoples’ days,” he said.

Each sign features a person, followed by a chicken.

“A lot of my teachers have been like, what the heck,” Ryan said as he laughed. “People that drive by, double take. It’s pretty funny.”

Ryan hopes that second look will cause drivers to slow down near the intersection where the speed limit is 35 miles per hour and there is no stop sign.

“No other sign has a chicken on it. I can tell you that and it’s super cool,” Ryan said. “Our family really likes chickens. It makes me laugh every time.”

The signs are now the talk of the town.

Ryan is still raising money to pay for the signs that cost a total of $7,000.

It’s a small price to pay if it means those unordinary signs prevent a tragedy.

“Saving one life is worth it to me,” Ryan said.