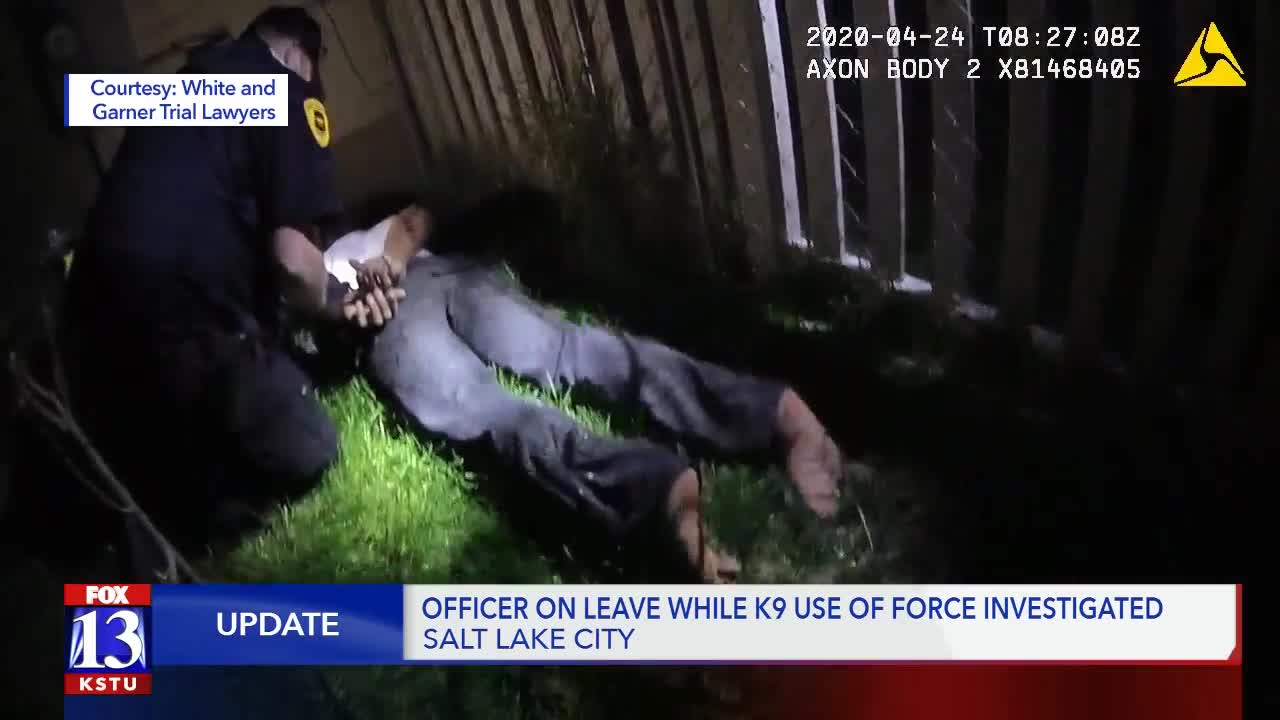 Officer on leave while K-9 use of force investigated

SALT LAKE CITY — Police experts are saying that they don't see a justifiable reason for use-of-force, in watching a video showing a Salt Lake City officer ordering a K9 to attack a man who appeared to be following commands.

The Salt Lake City Police Department suspended the officer and will not use K9s against people for the time being.

The video, which publicly surfaced Tuesday, is raising eyebrows-- including by those who know police policy well.

"There's really no actions that warrant that level of force be used against him," said Chris Burbank, former Salt Lake City Police Chief and now Vice President of the Center for Policing Equity.

Body camera footage shows police responding to a home in Salt Lake City in late April, where a caller reported that a couple was fighting.

Officers find Jeffery Ryans in his backyard, next to a chain link fence. They surround him on both sides.

"Get on the ground, all the way down!" officers yell. Ryans slowly kneels down, his hands in the air.

Ryans begins to scream and curse in pain.

On Tuesday, Ryans announced he intends to file a lawsuit, alleging that police violated his civil rights and used excessive force because he is Black.

Months later, he's still dealing with his injured leg, and said it's had a huge impact on his day-to-day life.

The video has people, including Burbank, wondering why officers took it to the level they did.

"Watching it again several times, you don't see any indication that this person is going to flee, or they're going to fight," Burbank said.

"Given the circumstance that I witnessed, I do not see a justifiable reason for that level of force," he said.

It also brings up questions of why it took Ryans speaking up, for the department to notice and take action.
"It really is alarming that significant uses of force go undetected, for this long a period of time," Burbank said.

Salt Lake City PD said in an interview with Fox 13 Wednesday that reports had been done at the time.

"There was nothing that caught our attention that stood outside the norm, as far as, there was not a complaint made to Internal Affairs to get the process going back in April," said Deputy Chief Jeff Kendrick. He said it, "would have been our preference to take a look back in April."

"We've been in communication with the District Attorney's office. They'll also be doing a review," Kendrick said, of what else has taken place. "And the officer was placed on administrative leave yesterday as well."

Salt Lake County District Attorney Sim Gill said Wednesday that what they witnessed, "was concerning enough to ask for all relevant material."

"We will be screening the evidence to see if any criminal conduct was committed," he wrote, in a statement to Fox 13.

The department has asked the state to review their K9 program, and said K9s won't come into contact with the public until the review is finished.

Salt Lake City Police K9s will continue to carry out other duties.

Burbank said K9s are a use-of-force tool, and there needs to be resistance against an officer in order to use them.

He indicated that the Internal Affairs investigation will likely center around answering the question on if the use of force was justified.

"If you can't say 'yes' affirmatively, then something needs to be done to change this," he said.

Salt Lake City Mayor Mendenhall released a statement Wednesday, saying she was "deeply concerned" that it took a news outlet publishing the video to be brought to the attention of senior police department leadership and herself.

She said they will conduct a thorough review of the breakdown in communication.
"I am disturbed by what I saw in that video, frustrated by how the situation was handled," she said, "and am committed to working to ensure neither happen again.”