Shane Andrew Johnson, 55, is also accused of trashing a motel room in Lehi 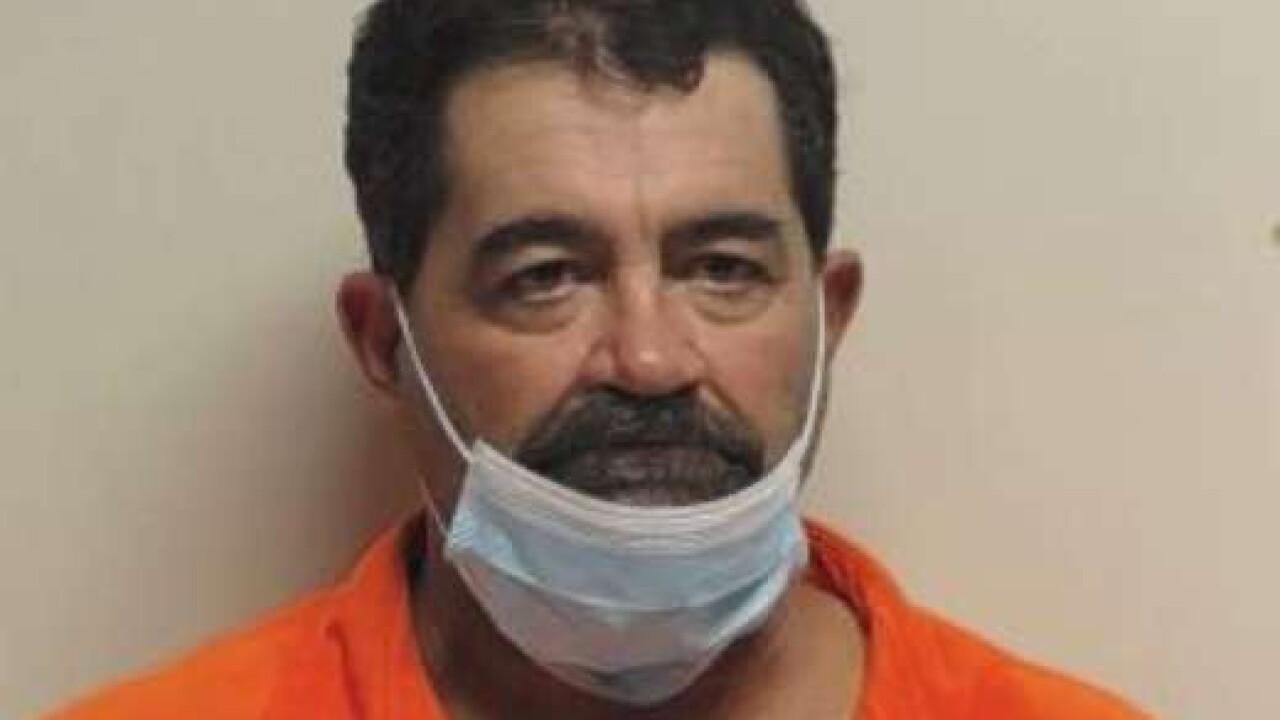 According to an affidavit of probable cause, 55-year-old Shane Andrew Johnson led police on a chase when they attempted to stop him, and officers observed him "driving into oncoming traffic, over parking lot curbs, grassy areas belonging to businesses, through a city park, through a cemetery with an active funeral, and others."

Johnson is accused of trying to run over a pedestrian who was using a sidewalk in a residential area and nearly hitting several other people who were standing in front of a business on Main St. in American Fork.

"Four of the five individuals [in front of a business on Main St.] saw the vehicle coming and had to quickly jump and/or move out of the way to avoid being hit. The fifth individual was luckily just out of the way of the vehicle and did not know what was happening until the vehicle passed her. The vehicle struck the tables and propelled one of the tables into one of the employees, partially pinning her against the store," the probable cause statement said.

Officers cornered Johnson on a dead-end street and took him into custody without further incident.

According to police, Johnson excitedly admitted to nearly hitting multiple people, hitting the tables in front of a business on Main St., and told officers "he knew what [he] was doing" and that he was a "professional driver."

"Johnson also admitted being involved in a motorcycle pursuit last night with another agency in Utah County and stated the pursuit was 'fun'," the probable cause statement said.

Johnson was on felony probation at the time of his arrest and he told officers that had been trying to get the police to arrest him all day, the statement said.

According to a separate probable cause statement, Johnson also faces a misdemeanor charge of criminal mischief after he was accused of trashing a Motel 6 room in Lehi Saturday morning.

A member of the motel's staff told police that Johnson had called the front desk and told an employee "that he was lonely and likes to break things."

"[Johnson] advised staff that he would leave a big tip when he left for the items damaged," the probable cause statement said.

Officers found a microwave, a room chair and a remote control had been thrown from a third-story window at the motel.

When officers went to check the room, they found no one in it, but the room was in disarray.

"There was trash and food items all over the room, including wiped on the walls, windows, bed sheets, etc. There was a $1 bill left on the counter, that had been torn in half," the statement said.

Lehi Police said they also found flowers and stems in the hallway in front of the room, and several wilted flowers placed into the handles of nearby rooms.

Motel staff estimated the damage at $550.

A judge ordered Johnson to be held without bail.