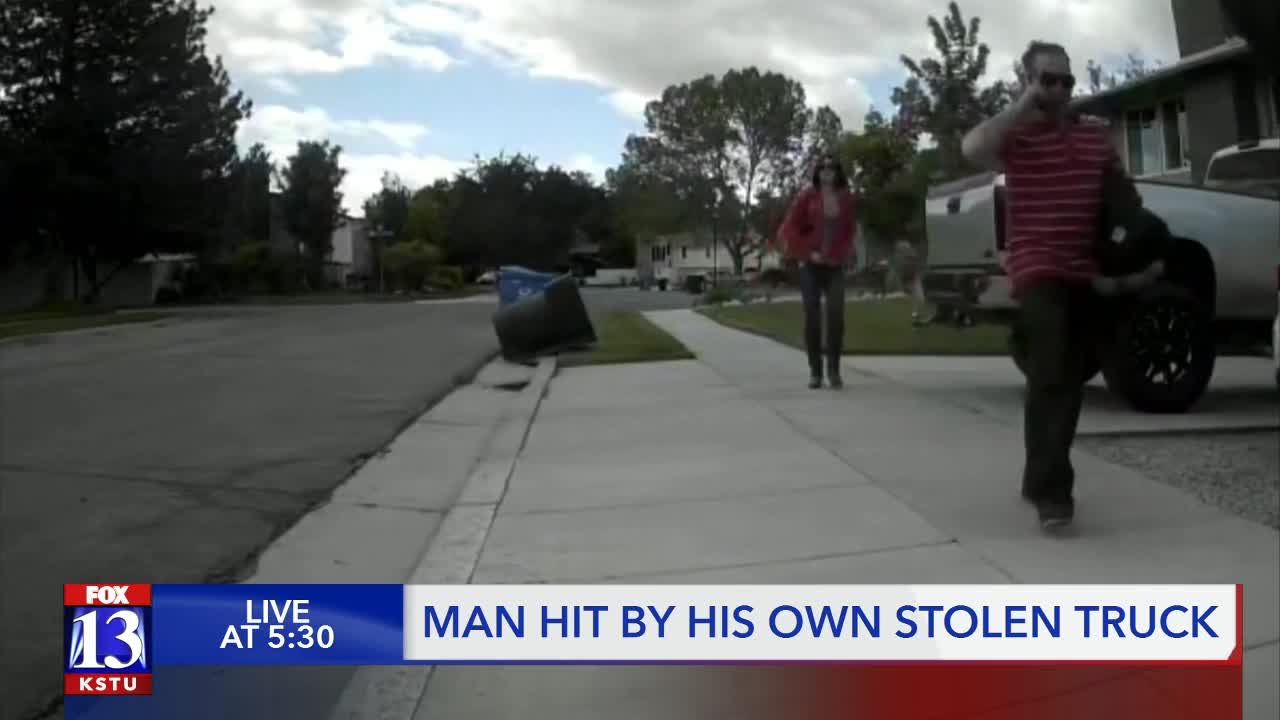 Unified Police are searching for the man accused of stealing a truck and hitting the owner on his way out.

TAYLORSVILLE, Utah — Unified Police are searching for the man accused of stealing a truck and hitting the owner on his way out.

Bud and Irene Wayman have lived in Taylorsville since the 1970s.

Driving home from grocery shopping, they never thought their home would be the place their truck was stolen.

Kevin Wayman, their son, said they were putting away their groceries from Costco and had left their keys in the truck ignition.

Inside for only a few minutes, Wayman said his father realized someone was in his truck.

“My dad ran out to try to stop it,” said Wayman. “The guy turned and ended up hitting my dad. My mom said it flew him pretty good.”

Surveillance video shows the man walking through the neighborhood with a woman before police said he took the truck.

After stealing the truck, police said the man drove down the street a little where he then picked up the woman.

“Vehicle thefts have been on the rise during COVID,” said Sgt. Melody Gray with Unified Police Department. “If you take the keys with you, it really lessons the chance that your vehicle will be taken.”

If anything is stolen, Sgt. Gray said call police for help.

Wayman said his father is in the hospital with a broken back, hip and pelvis.

“My dad’s going to be laid up for a while, and it’s just a truck,” said Wayman. “In some ways, I try to count the blessings. He could have run them over or it could have been worse.”

The truck stolen is a white 2012 GMC Sierra.