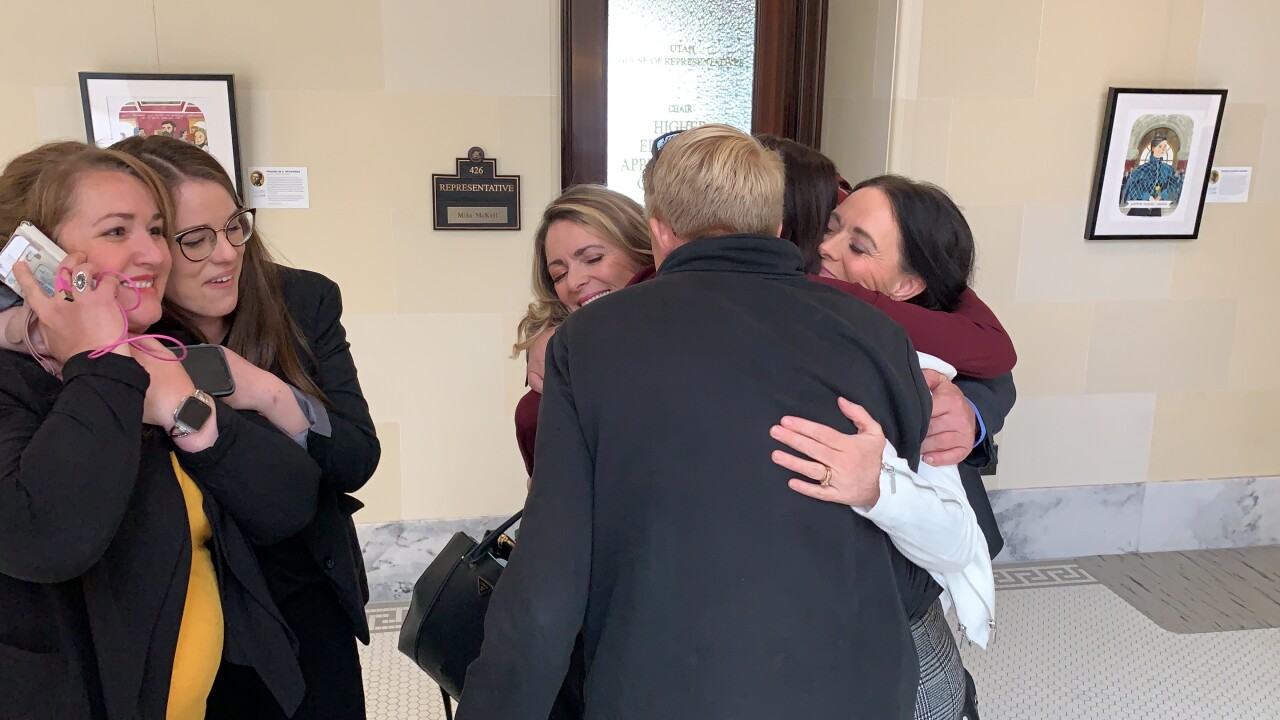 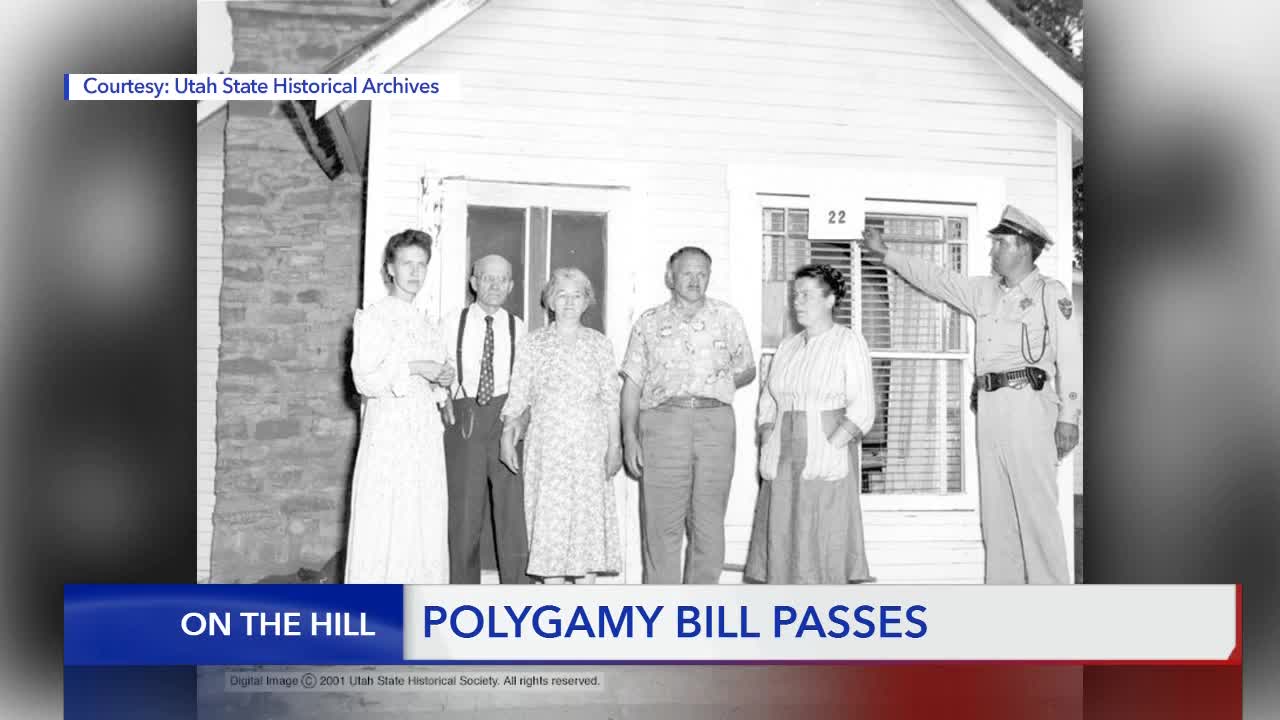 SALT LAKE CITY — The Utah State Legislature has passed a bill that reduces the level of offense for polygamy.

By a 70 to 3 vote, the House approved Senate Bill 102, sponsored by Sen. Deidre Henderson, R-Spanish Fork, and Rep. Lowry Snow, R-Santa Clara. They argued it would bring polygamists out of the shadows to report abuses without tearing down their families.

In the House gallery for the historic vote, Joe Darger and his three wives, Alina; Valerie and Vickie. They hugged after the bill passed and said it would go a long way toward bringing polygamists out of the shadows.

The bill makes bigamy among consenting adults an infraction, on par with a traffic ticket. However, bigamy with fraud, abuse or child-bride marriages, is enhanced to a second-degree felony.

It's a dramatic reversal of a tougher policy the state legislature enacted a few years ago, when it "re-criminalized" polygamy in the aftermath of a lawsuit brought by reality TV polygamist Kody Brown and his wives. The Browns, fearing prosecution by Utah County authorities, sued the state. A federal judge struck down part of Utah's constitutional ban on polygamy, but a federal appeals court overturned it. The legislature reaffirmed its authority.

But a lot has changed since then. Lawmakers who opposed any drop in Utah's bigamy laws have left, and members of the state's polygamous communities became more vocal in pursuing changes.

"We can change the narrative of how we look at polygamy and have it integrated and have people a part of society," said Joe Darger.

SB102 has moved quickly through the legislature since it was introduced. Current and former members of polygamous groups have testified about whether they believe it will help free people up to report abuses within their communities, or if it will continue to allow them to abuse in secrecy.

"That fear of prosecution and losing children remains to the point that even in the face of law violations, they are afraid to come forward and report them," Rep. Snow said, arguing for the bill.

But Rep. Kyle Andersen, R-Ogden, said he did not believe the bill would help victims but would do the opposite.

"This infraction as it is... is linked to a host of serious crimes that are never reported but result in the suffering and marginalization of a significant number of women and children," he told his House colleagues.

Others said it was time for a change.

"As we decriminalize bigamy, that it will actually help support our families that live here and provide for better civility in our neighborhoods," said Rep. Melissa Ballard, R-North Salt Lake.

Utah was forced to abandon polygamy as a condition of statehood. The Church of Jesus Christ of Latter-day Saints no longer practices it and excommunicates those who do. However, pro-polygamy groups have said there are an estimated 30,000 fundamentalist Mormons in and around Utah who subscribe to the belief system that includes plural marriage.

The bill does not legalize polygamy, so it does not run afoul of the Utah constitution. But Shirlee Draper, an ex-member of the Fundamentalist LDS Church who now works as a victim advocate, said the legislation could do a lot to end the stigma around polygamists.

"Just changing the law isn’t going to change everybody’s mind immediately, but I think it’s a huge step in the right direction," she said.