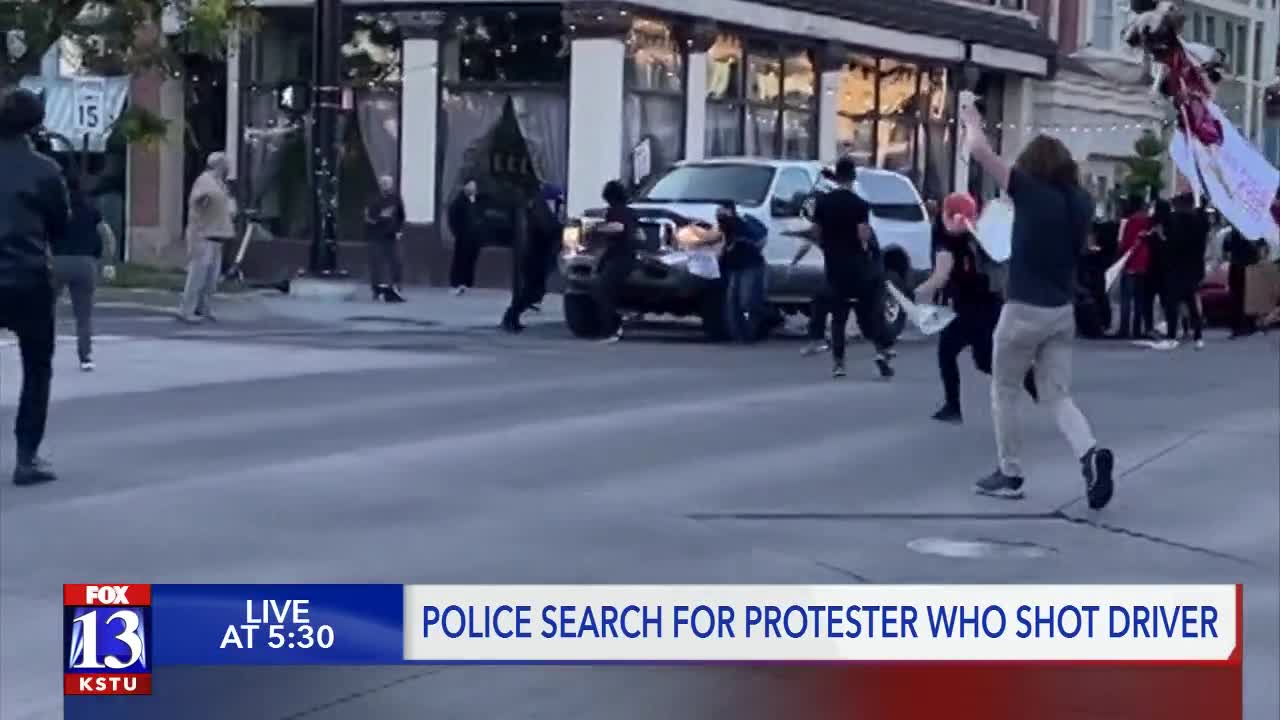 Provo Police are investigating a shooting and reviewing violent footage from a Black Lives Matter protest in their city Monday evening. 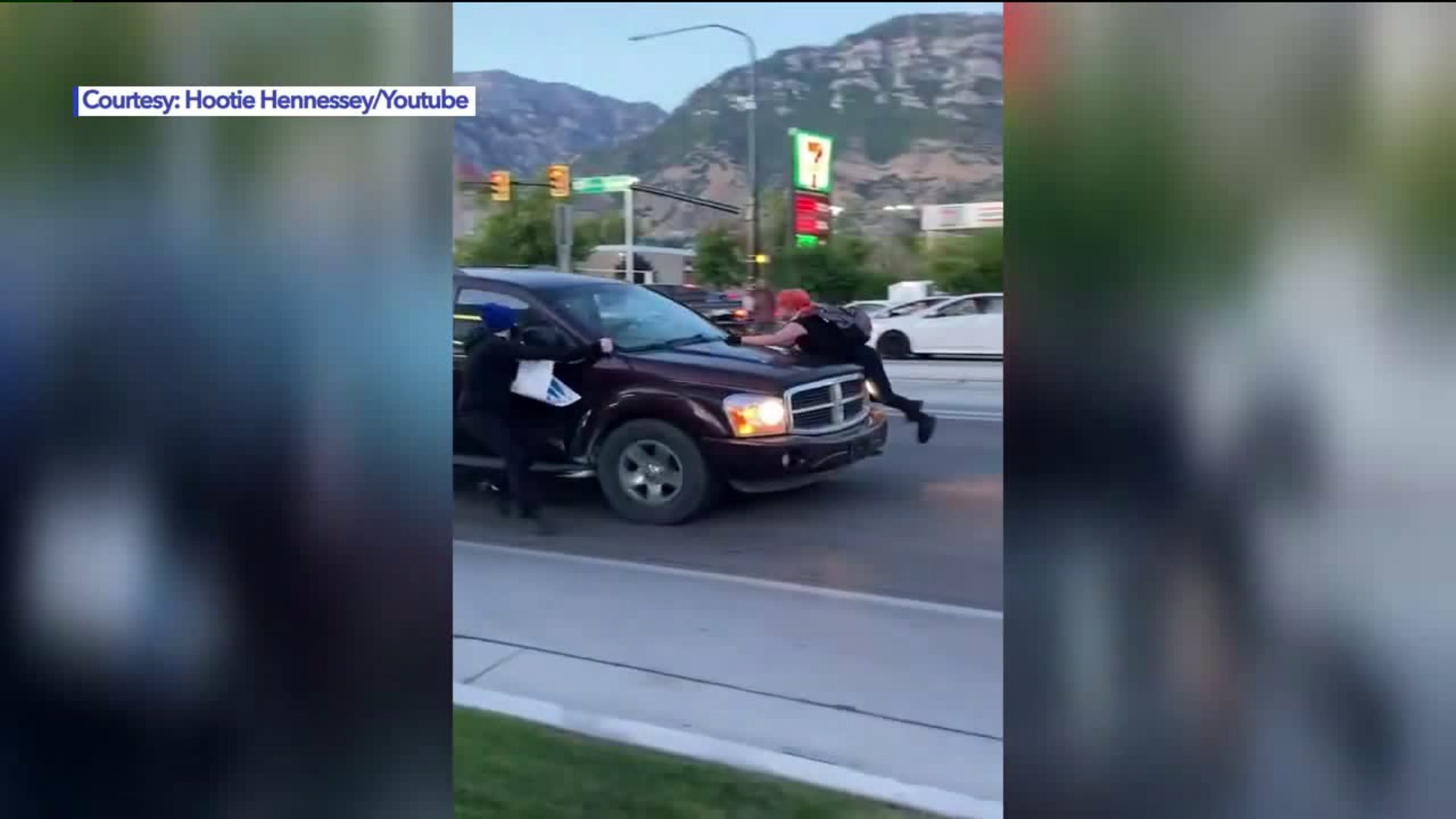 PROVO, Utah — Provo Police are investigating a shooting and reviewing violent footage from a protest in their city Monday evening.

According to police, an SUV driver who was driving close to protesters suffered a gunshot wound, but the injury is not life-threatening.

Police said the SUV driver was going south on University Ave. and preparing to make a right turn onto Center St. when several protesters crowded around the vehicle.

"Several protesters began crowding around the vehicle. A male protester ran to the SUV on the passenger side, pointed a handgun at the driver and shot one round," said Deputy Chief John Geyerman, Provo PD.

The driver accelerated away and the protester who fired the shot once again opened fire, Provo Police said on Twitter. The second shot went through the rear passenger window of the SUV.

"[A video of the incident]shows that the protestor conceals the firearm and continues to protest," a tweet from Provo PD said. "This same protestor later approached another vehicle at 500 North and University Avenue striking and breaking the window with the handgun."

Hootie Hennessey, who shot footage of Monday's protest and posted it on YouTube, said he was confused about the motives of those who acted violently.

"There is inequality, but the way that the group yesterday goes about inciting change isn't going to bring the change that they expect," Hennessey said. "You just don't fight evil with evil, and that's what we saw yesterday."

Provo Police ask anyone with information on the shooting to contact Det. Patterson by emailing npatterson@provo.org.