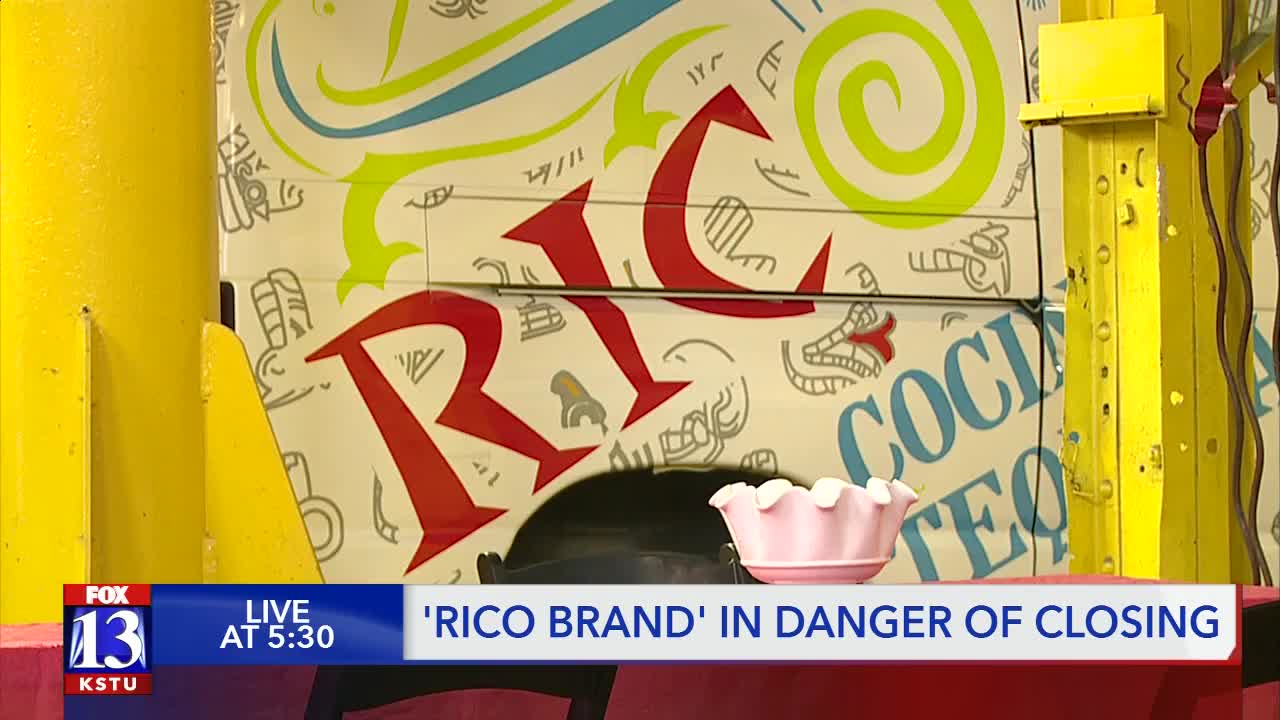 Jorge Fierro started his business on a property in Salt Lake City nearly 17 years ago, and now that he is being asked to leave, he’s afraid he could lose everything.

SALT LAKE CITY — Jorge Fierro started his business on a property in Salt Lake City nearly 17 years ago, and now that he is being asked to leave, he’s afraid he could lose everything.

Behind the decorations inside a warehouse, more than 65 different Mexican dishes are made.

“Thirty of them being Burritos, the other ones are tortillas, salsas, enchiladas, tamales, guacamole, rice, beans,” said Fierro. “Just a little bit of everything in Mexican food.”

The warehouse turned into a kitchen is where Fierro started from scratch in 2003, building his business to what it is today: Rico Brand.

“If I have to reinvent myself, I can do it because I already know how to do it,” said Fierro.

At the beginning of the year, Fierro said a new property management company acquired the warehouse property.

Fierro was told he had until the end of 2020 to find a new location.

Then, in June, Fierro was told he had 60 days to relocate.

“He sent me another letter ... that, you know, threatened me,” said Fierro. “I’m trying to do what I can to get out of here, but it’s almost impossible to do it in such a short period of time.”

Now, the future of his brand and the future for Fierro’s more than 30 employees is in jeopardy.

“You cannot just manufacture anywhere — zoning, the right space, the right price,” said Fierro. “And lastly, which is the hardest, to be able to put it up to code to transfer into that building is the biggest hurdle of them all.”

FOX 13 reached out to the property management company, but the person handling Fierro’s property was not available for comment.

Fierro has until the end of August to find a new location, and the community has already come together to help him find options. Some have even set up a change.org petition asking the property owner to let Rico Brand stay in the building through the end of October.

“With the support from the super markets, I can probably beat this out,” said Fierro.