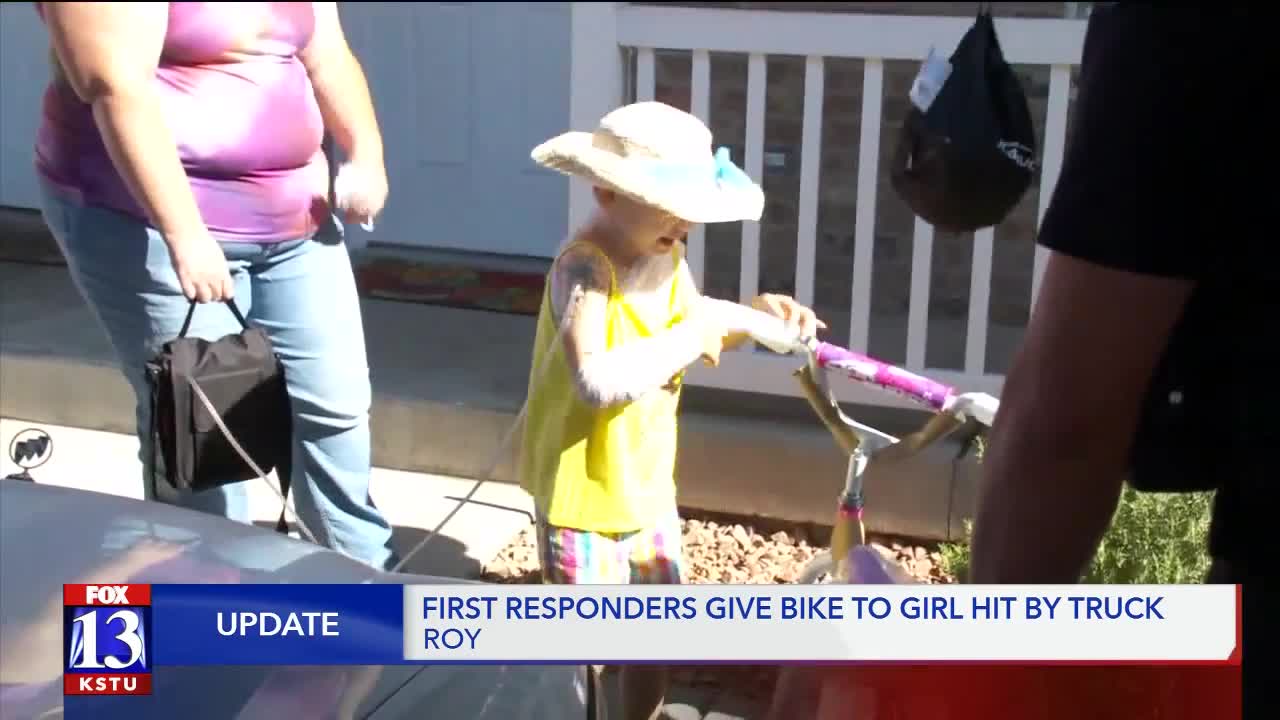 The first responders to the scene where a Roy girl was hit by a pickup truck give her a new bike.

ROY, Utah — A five-year-old Roy girl has a new lease on life and now she has a new set of wheels.

Autumn Carlson was run over by a pickup truck more than three weeks ago yet somehow survived.

Earlier this week she came home from the hospital and Thursday she had a special delivery from some of the first responders who treated her.

Back on July 6, Autumn was on her bike riding to a nearby elementary school for a grab-and-go lunch.

But during that short bike ride, she was run over by a pickup truck and dragged more than 120 feet.

“It definitely was the hardest day I’ve had to deal with in my life,” said Kimberley Carlson, Autumn’s mother.

She suffered numerous injuries and eventually wound up at Primary Children's Hospital before finally being able to return home.

Autumn is recovering remarkably well but her bike was destroyed.

She was thrilled, and had no fear about getting back in the saddle.

Officer Eric Gonnuscio was the first officer on scene when it happened.

Autumn’s parents know they are going to have to put some limits on how far and how fast she can ride her new, pink bike.

They also sent a heartfelt thanks for the new bike.

“For me it means that she’s loved, like people see her and they know the story and they were concerned,” Kimberley said. “The Roy City police reached out to me and asked if they could come and visit her and that shows a lot about their character and their care for and love for the community.”

Autumn still faces another year of treatments and possibly another couple of surgeries, but overall, the family is feeling truly blessed and the gift from the police and firefighters is just icing on the cake.