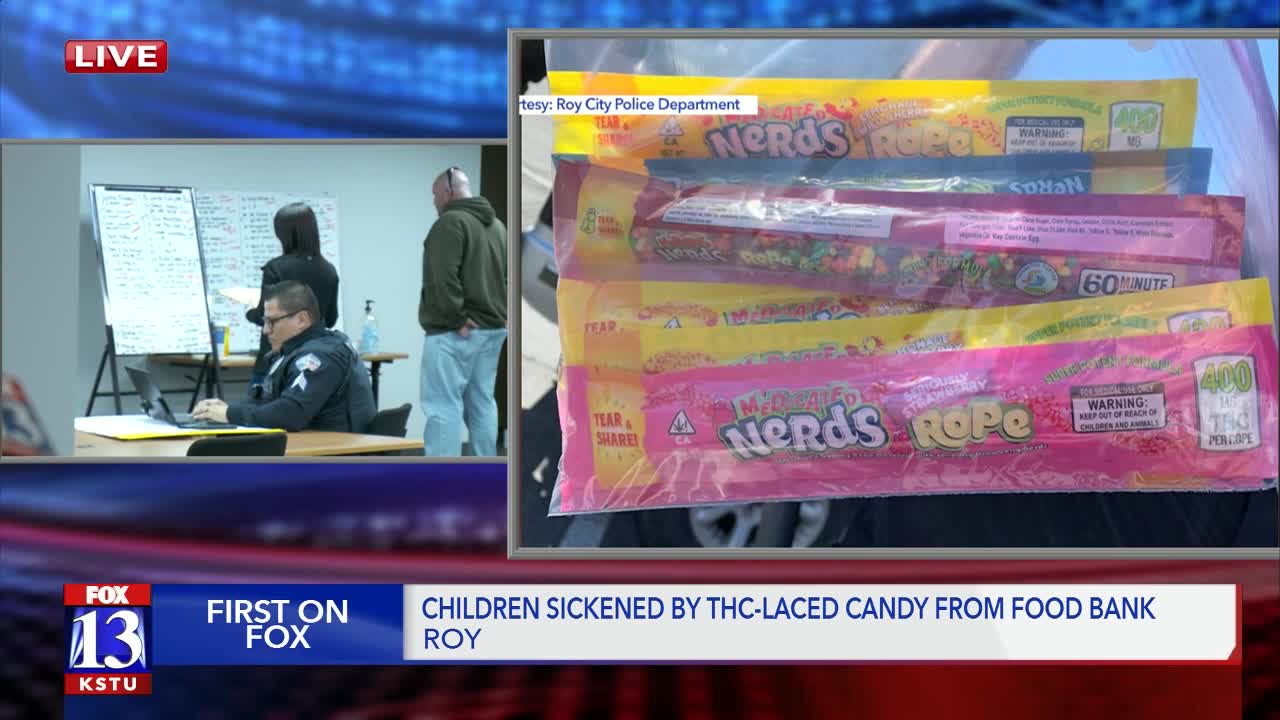 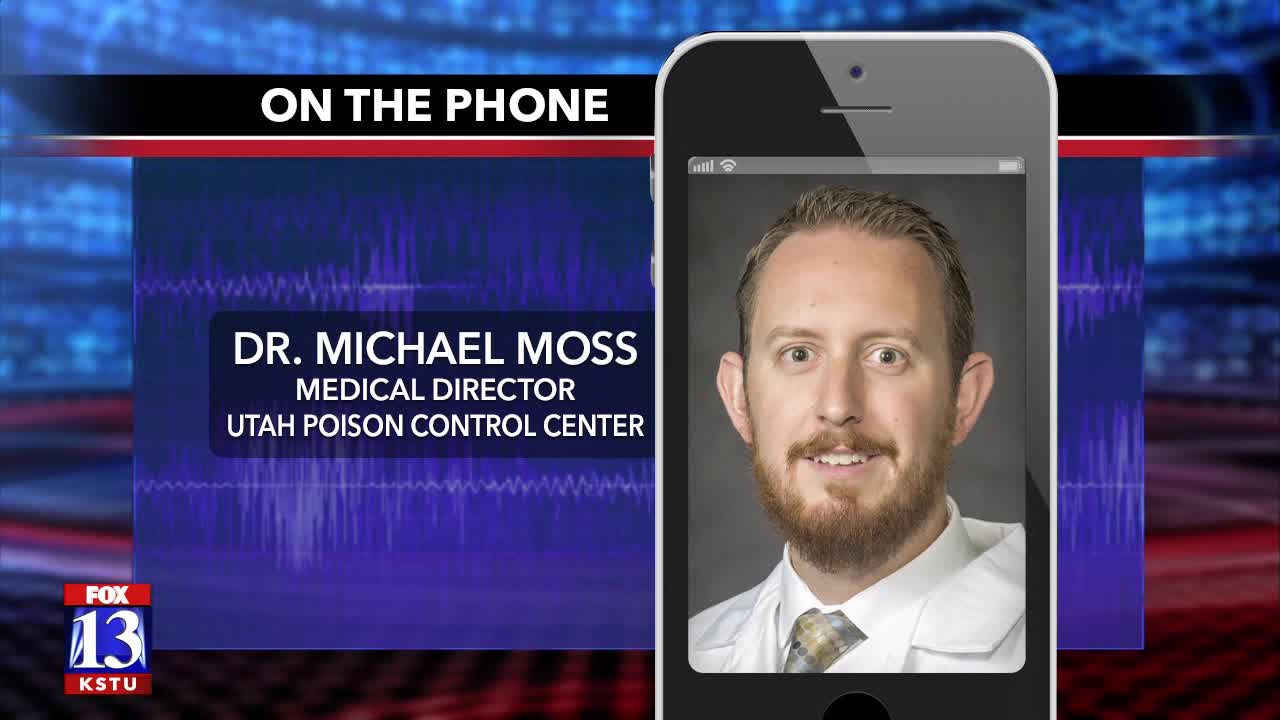 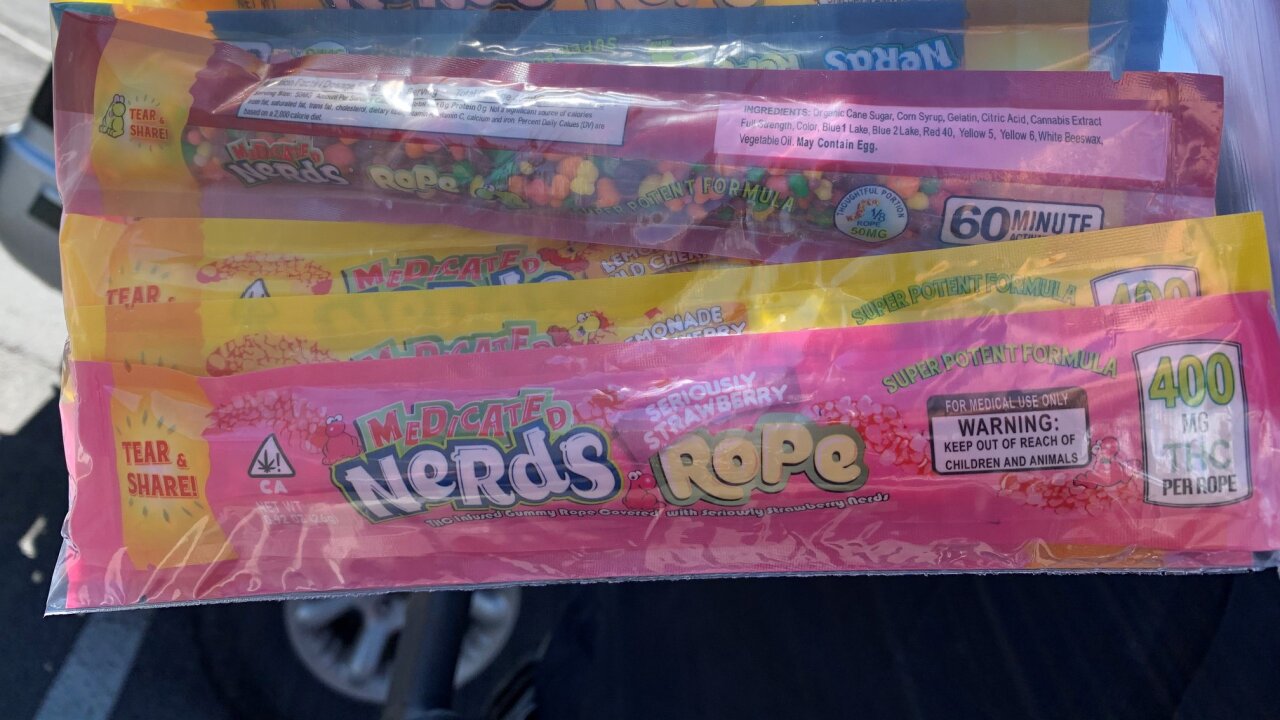 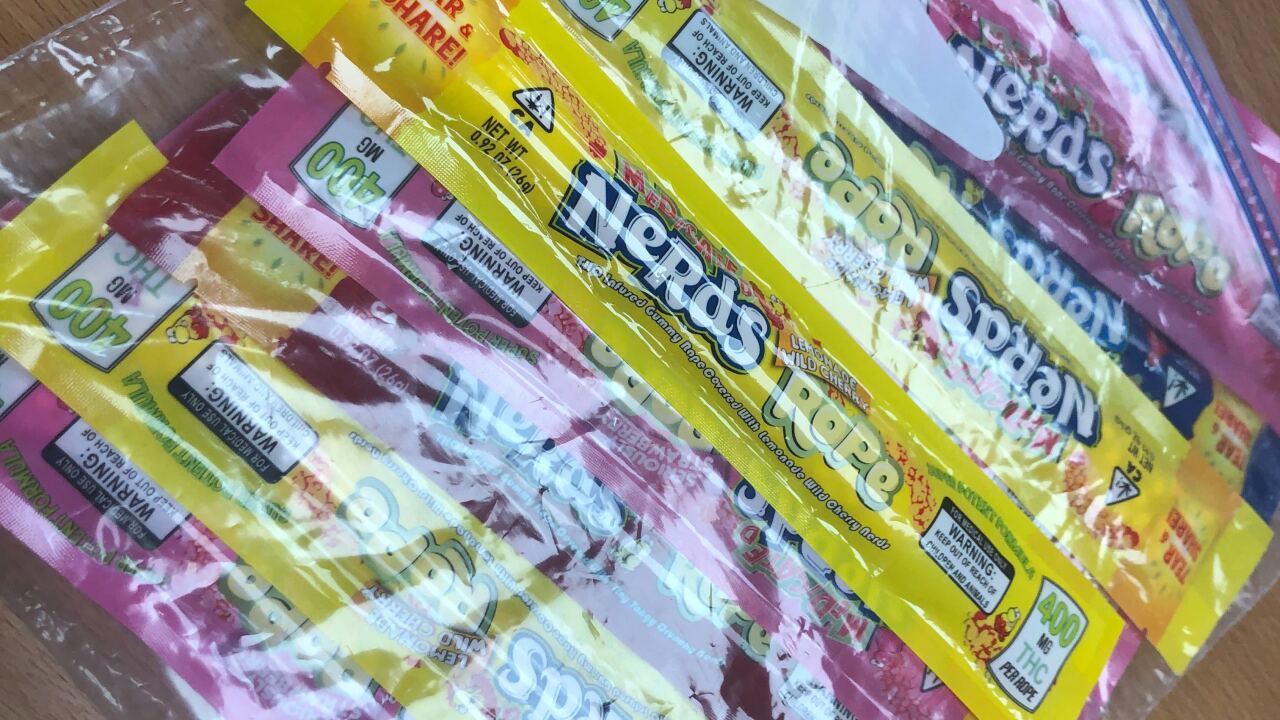 According to a Facebook post from the Roy City Police Department, three or four "Medicated Nerds Ropes" were placed into each bag, and 63 of those bags were distributed to 63 families from the food bank's distribution point at Roy Baptist Church.

The candy packets are labeled as containing 400 milligrams of THC per 26 gram rope. They also have warning labels to keep away from children or animals.

An 11-year-old girl is being treated in a hospital after eating some of the marijuana-infused candy, police said.

FOX 13 later learned that a 5-year-old was also hospitalized, and three other children also ate some of the candy.

"These packages look exactly like regular Nerds Ropes, so it is almost impossible to detect the difference unless you look for it specifically," a statement from the Utah Food Bank said.

It is believed that no other Utah Food Bank locations received the items.

“We are absolutely horrified that this product went out to any of our partner agencies, and can easily see how volunteers would not have known what to look for. We apologize to any families who may have received this product and are changing our processes involving such donations immediately to avoid this happening again," said Utah Food Bank President and CEO Ginette Bott.

The candy was removed from additional bags of food that had been packed but not distributed yet.

Police are attempting to contact families who left contact information when they collected food from the location. They said half the department's staff was brought in to track down the families.

Police ask anyone who received food from the church Friday morning to check for the candy, and to contact them at 801-629-8221 to have an officer collect it.