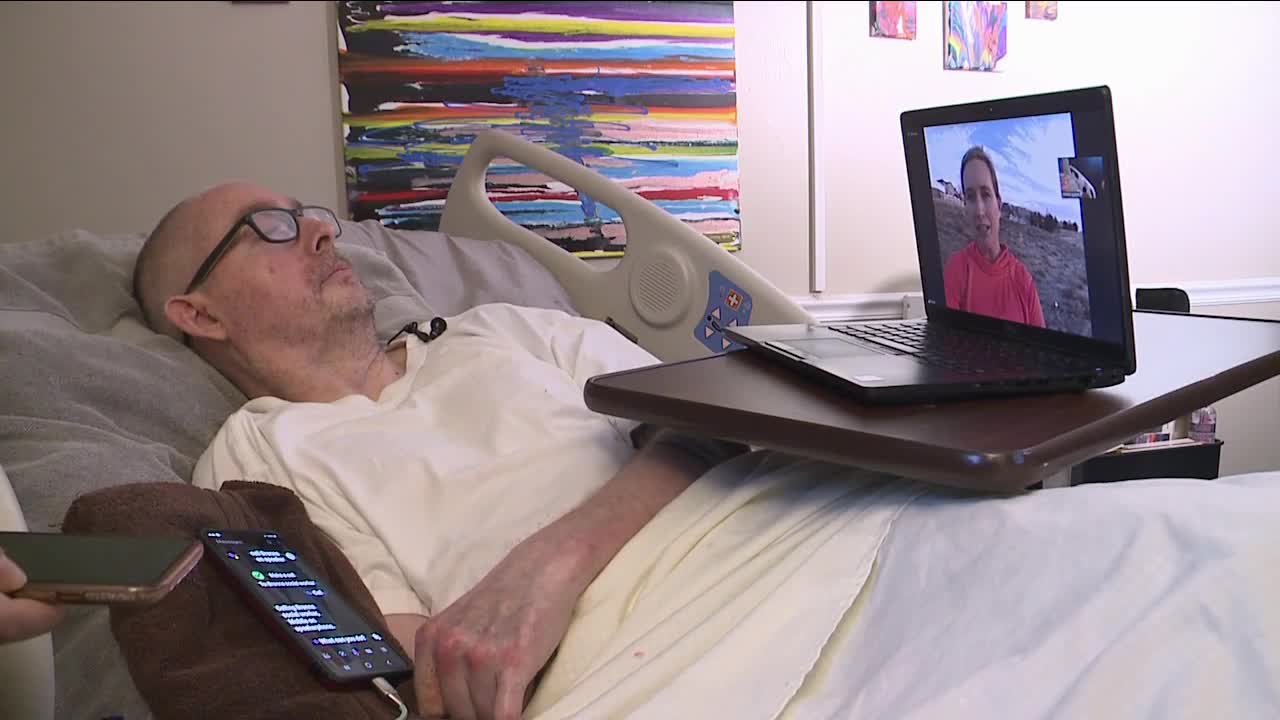 “I have just always been interested in the message in a bottle,” Brandon Lingwall, the man behind the letters, said.

Lingwall loves to be outside and this was the perfect opportunity to feel connected, he said.

“I did it to work vicariously through other people because hiking was pretty much my life," Lingwall said.

“If you would have asked me a year and a half ago, I would have thought I am just going to wither and die right here and then she came along,” he said.

The woman he is referring to is his hospice social worker, Brenna Brooks.

“A lot of people will ask how can you do that job? It is such a sad and hard job. But it is people like Brandon that remind you how lucky it is to witness someone’s story,” she said.

In Sept. Lingwall and Brooks came up with an idea to have Lingwall write letters and ask people to take photos of themselves on the trails and message him the pictures as well as messages of how the letters impacted them. Brooks hiked up some popular trails and left the letters.

“The opportunity to be Brandon’s hands and type out his words and to be his legs and hike this to a mountain it was such an honor and such a privilege,” Brooks said.

Just this week alone, Lingwall has received dozens of messages.

“I didn’t think I would have a huge footprint on this earth after I was diagnosed and then all the sudden we came up with this idea and it’s gotten huge,” Lingwall said.

The response has become overwhelming, he said.

“I forget about MS when someone finds it and every time my phone dings off a notification, I’m like… I am so excited,” Lingwall said.