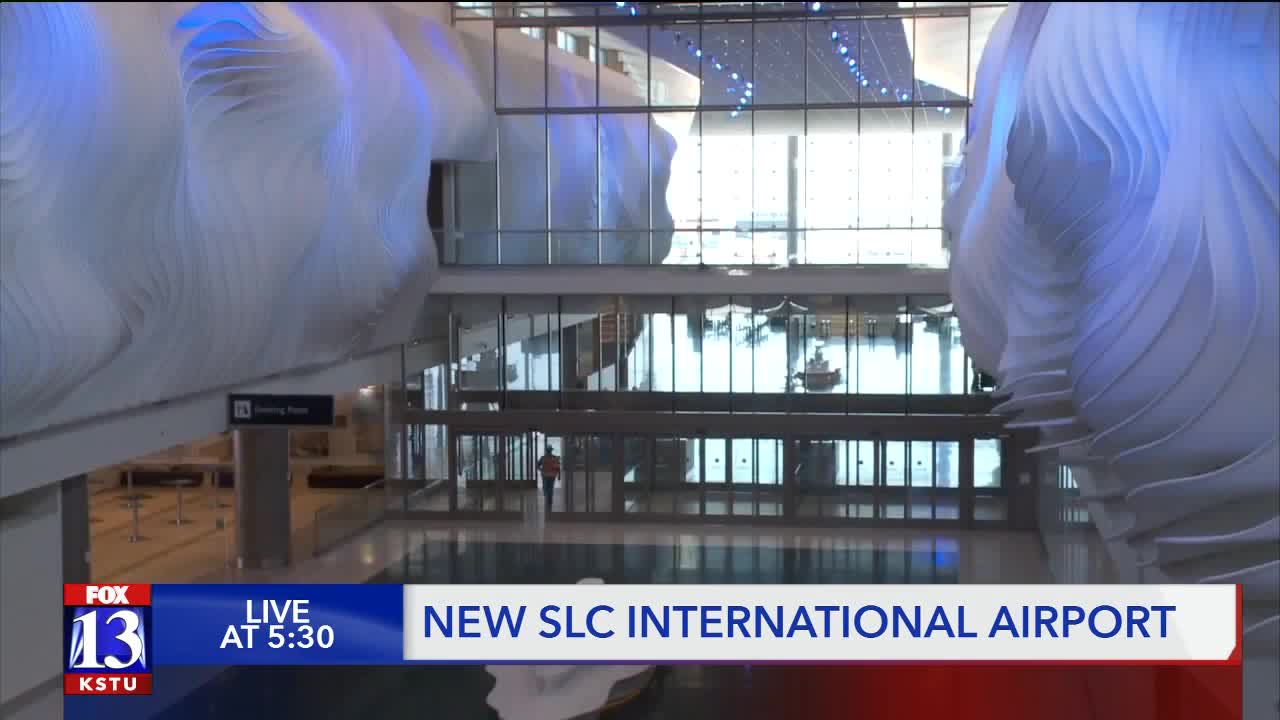 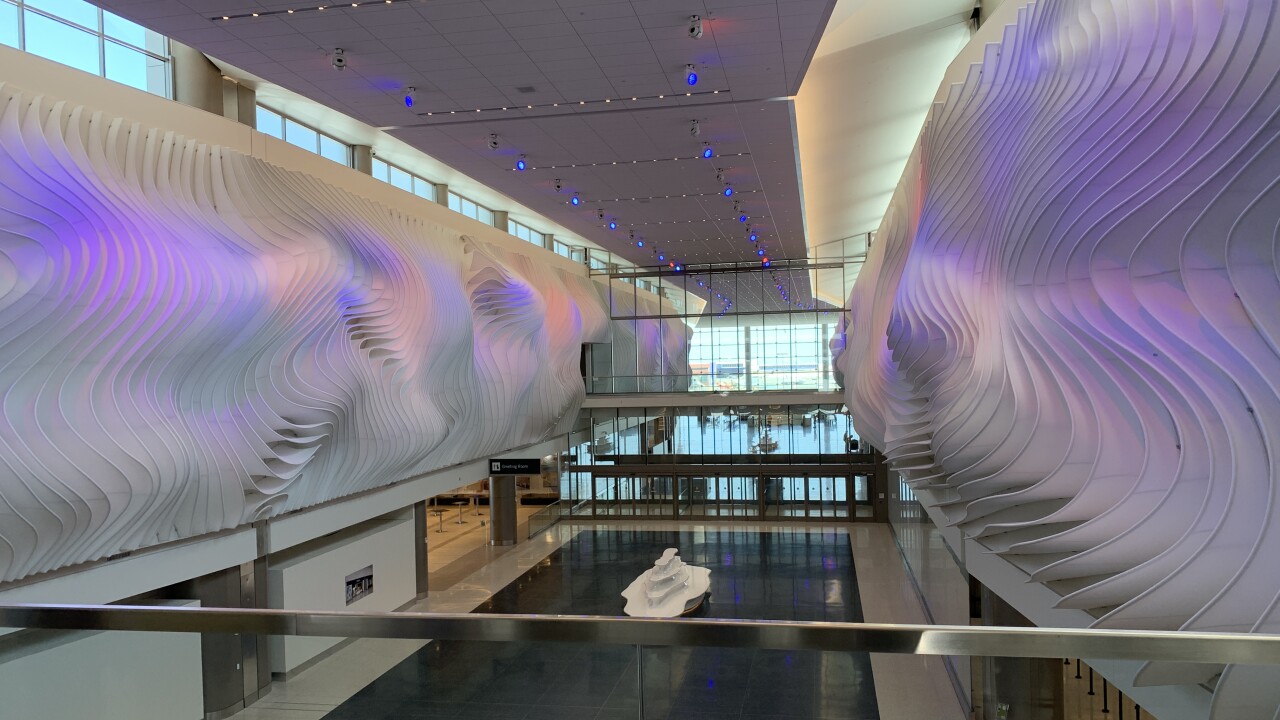 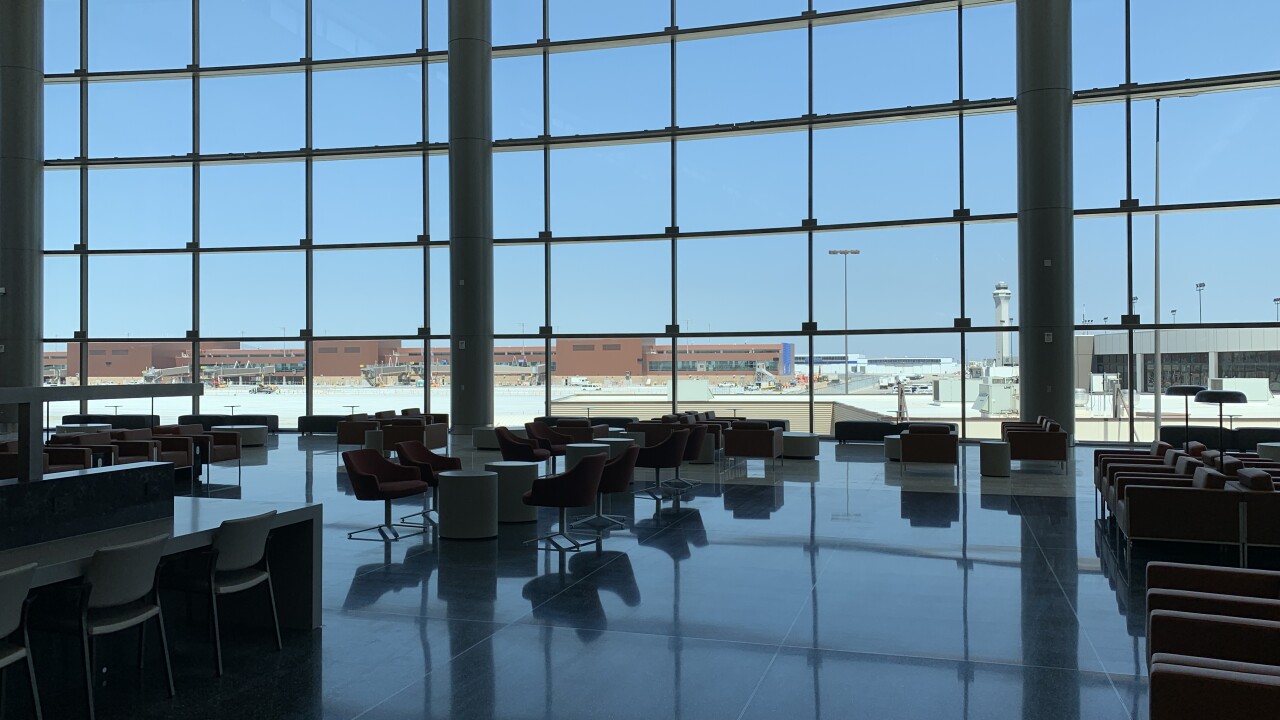 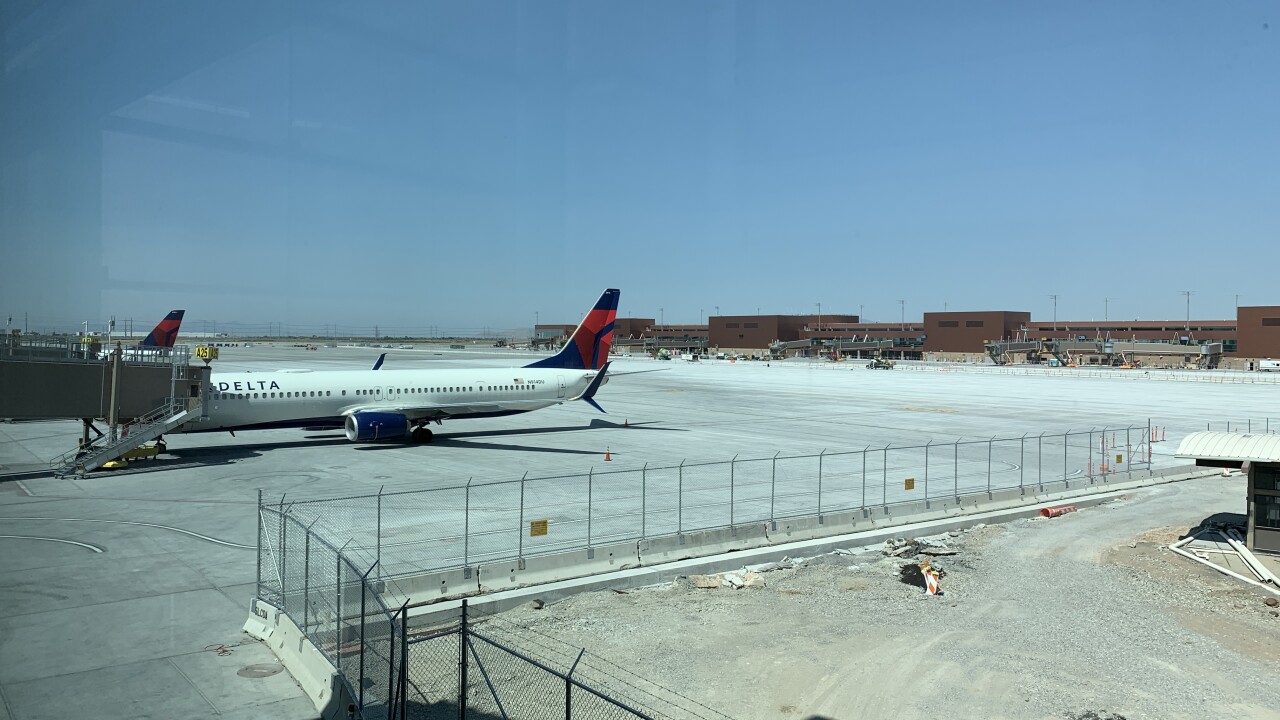 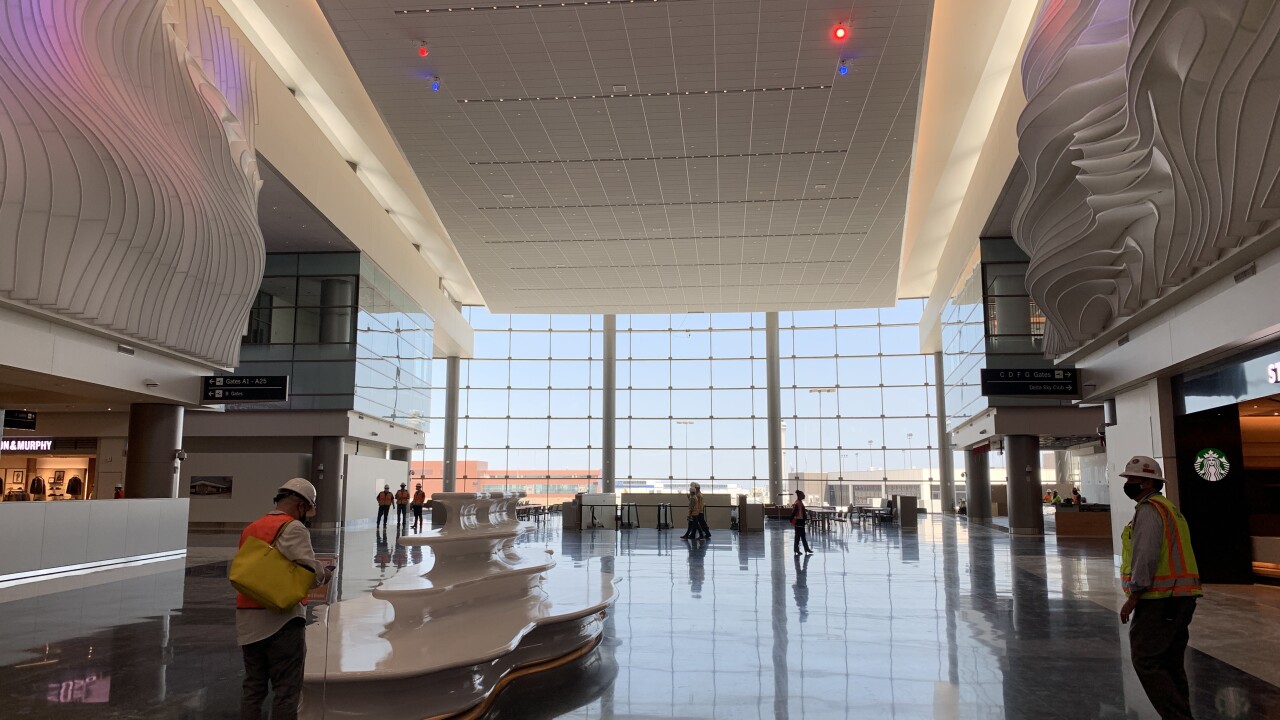 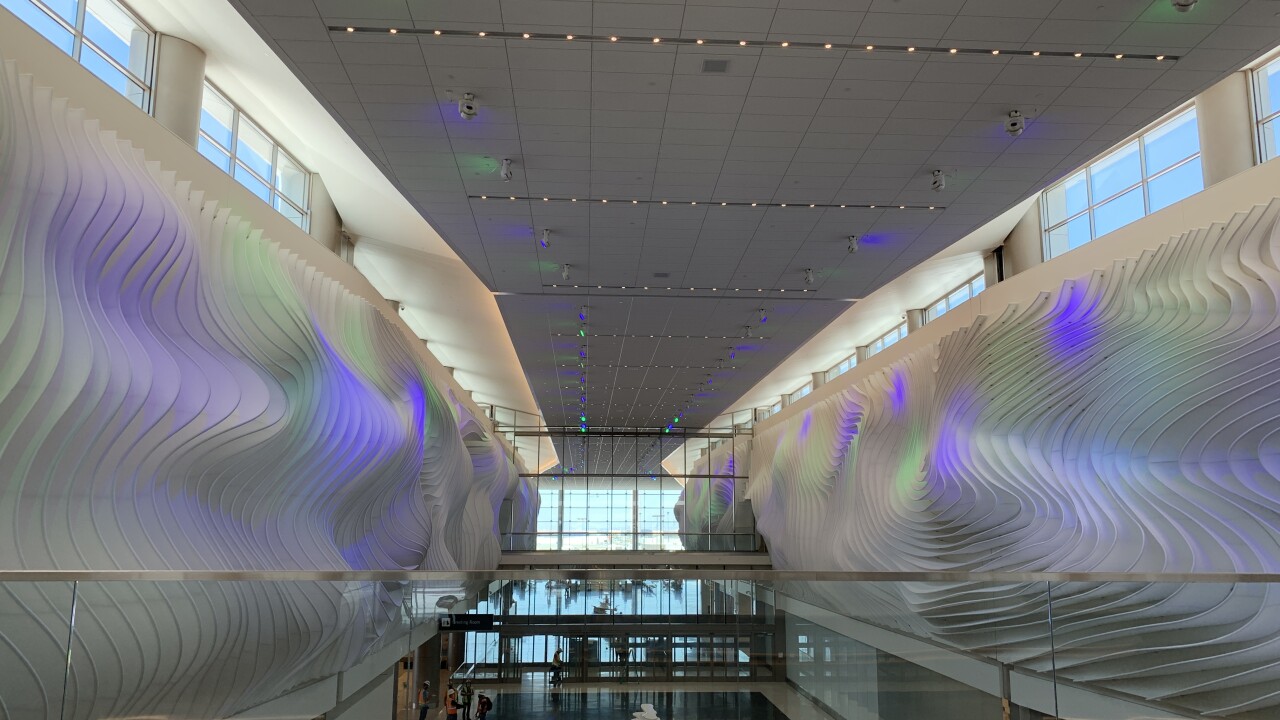 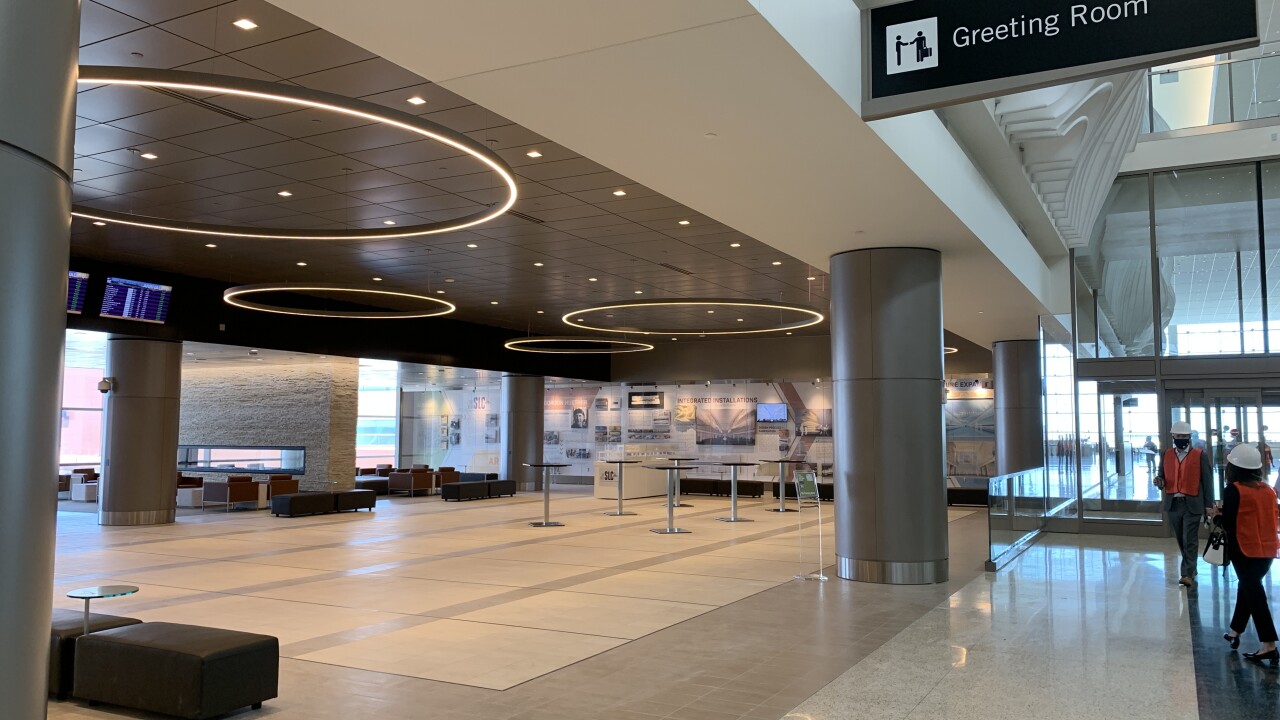 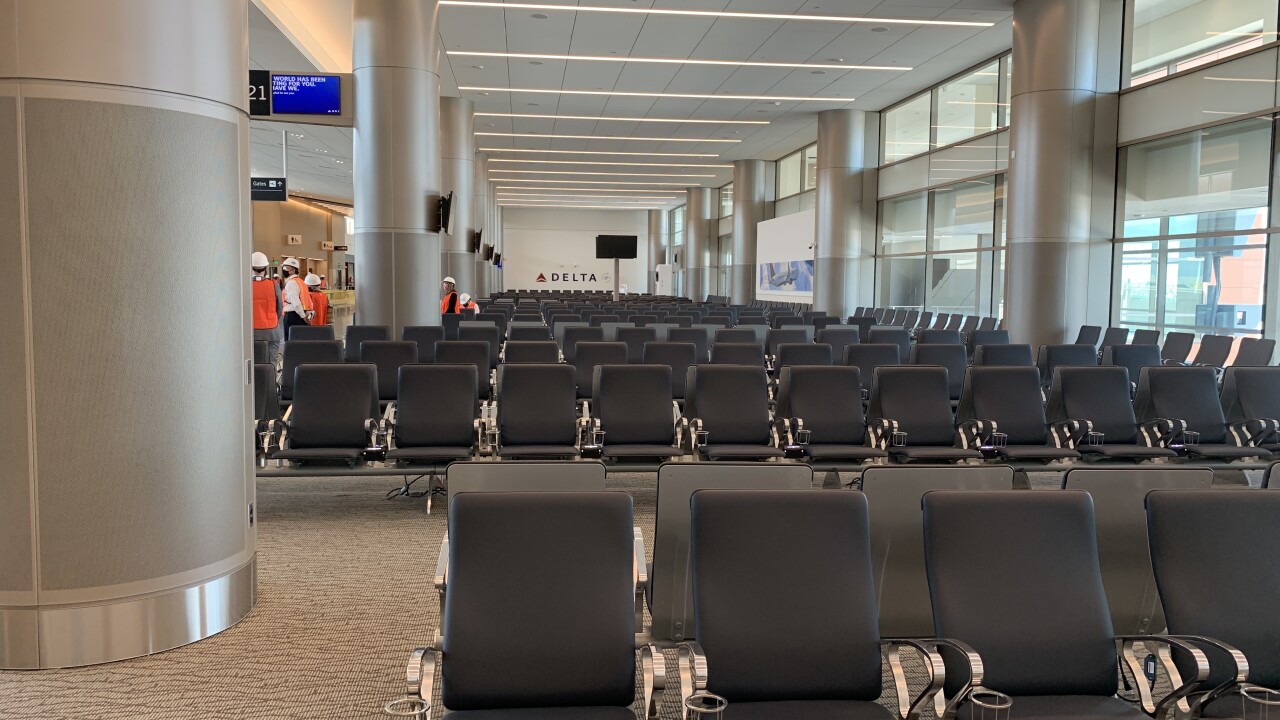 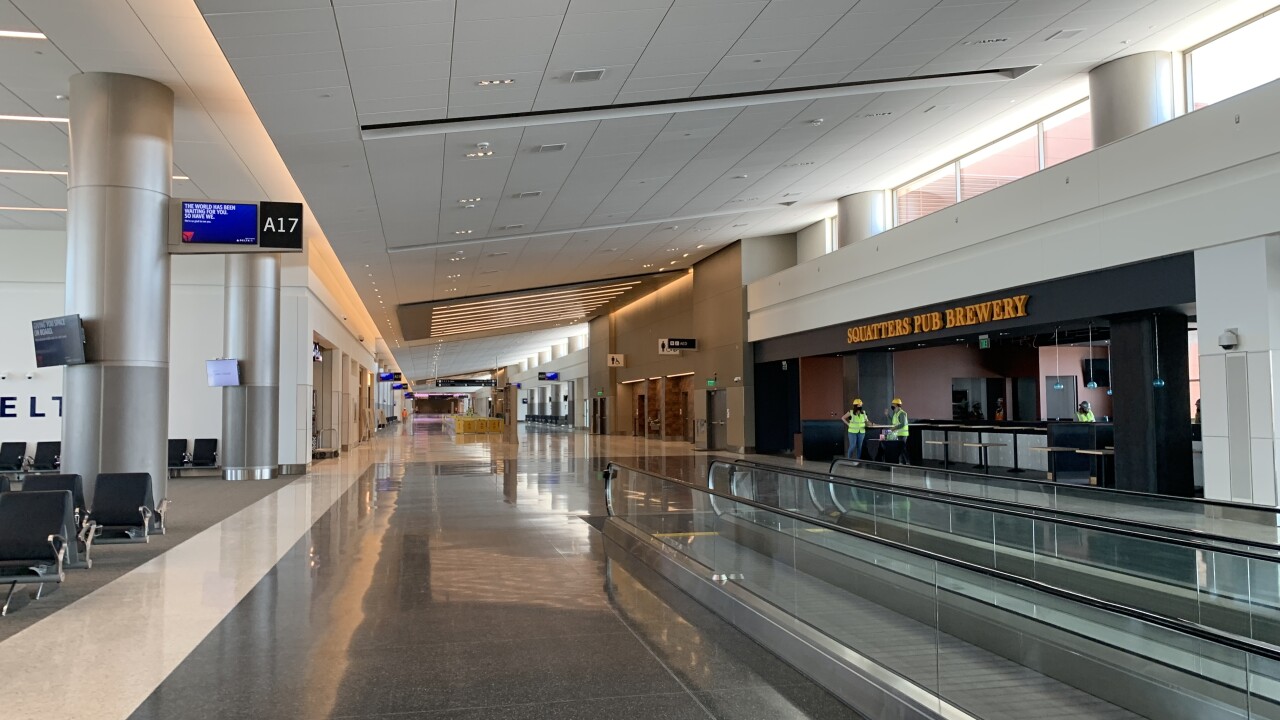 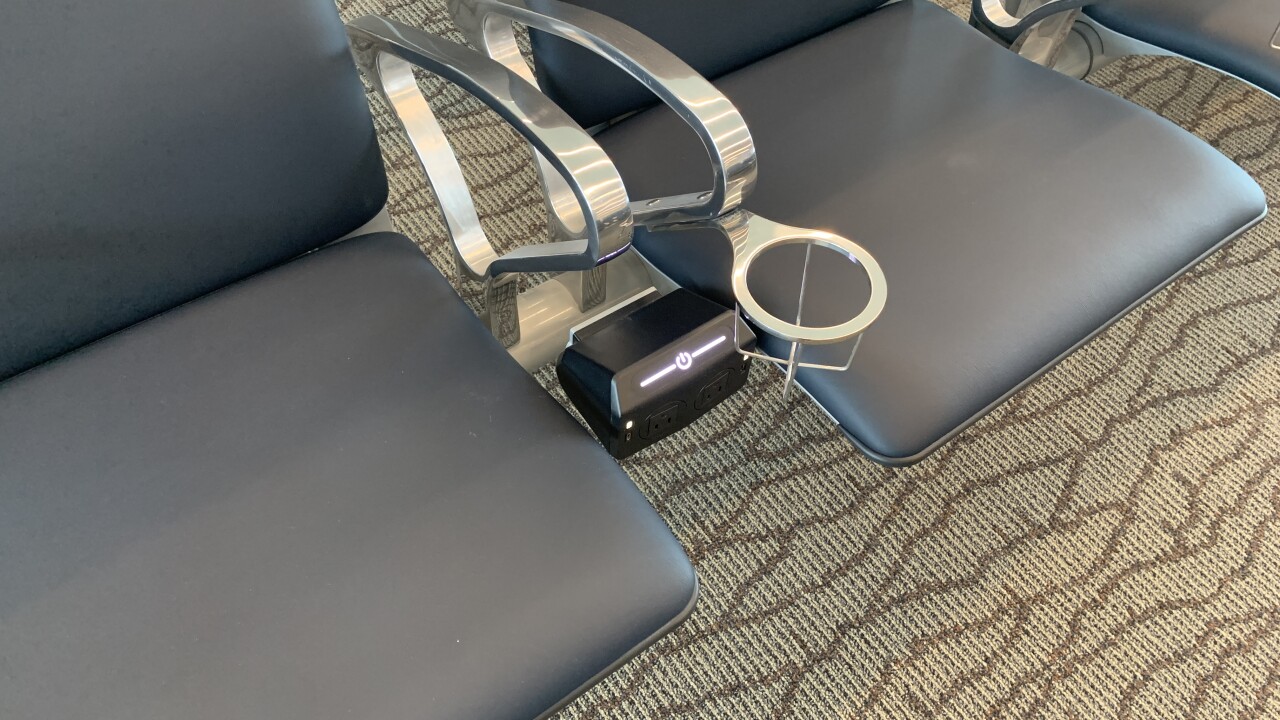 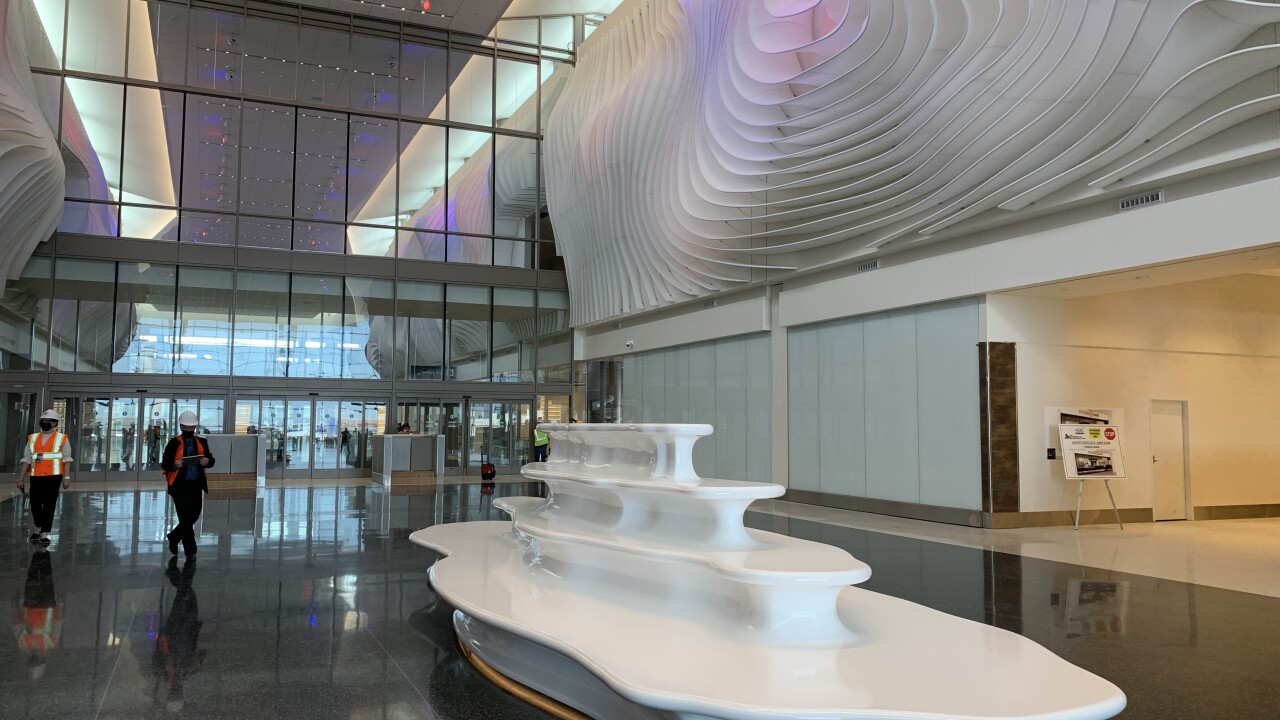 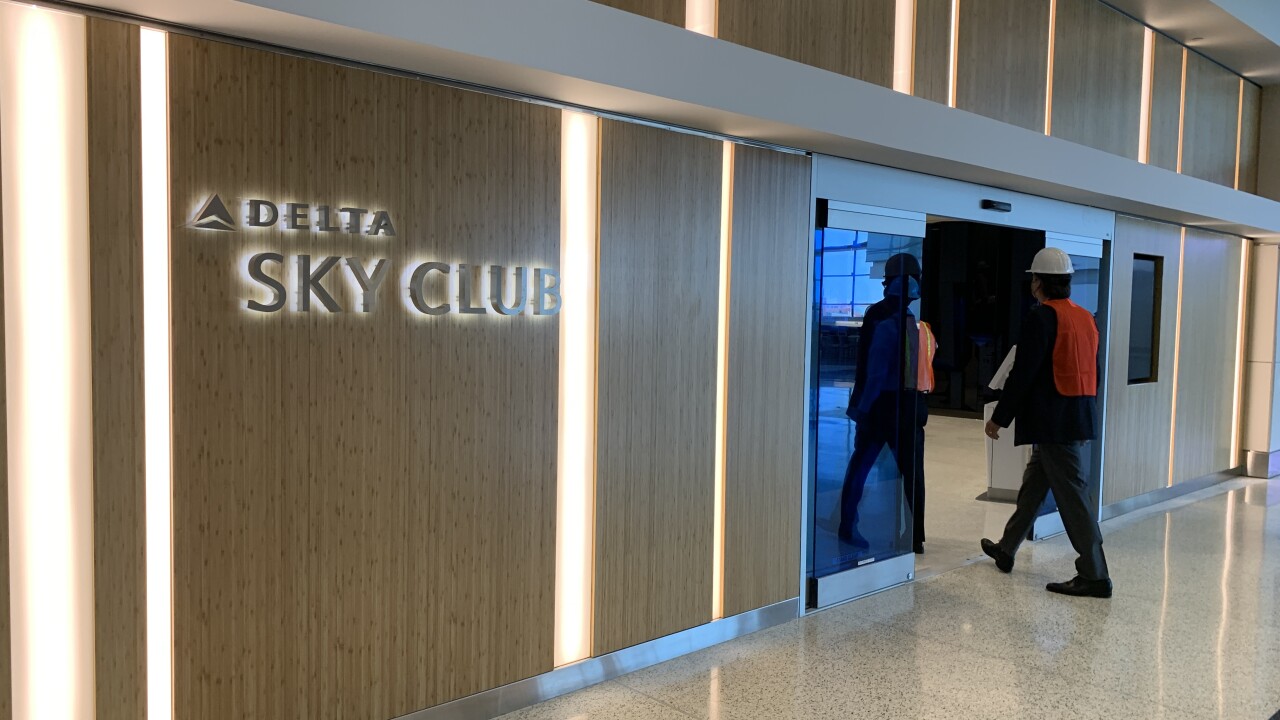 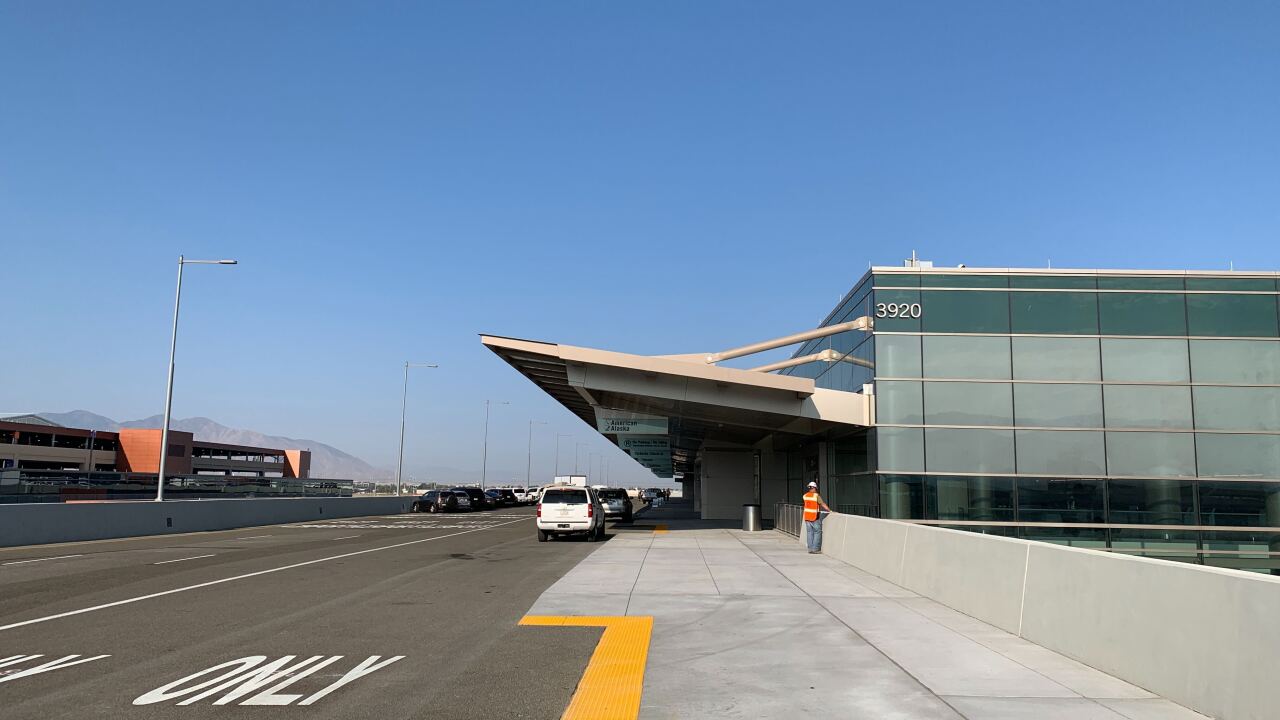 SALT LAKE CITY — The new Salt Lake City International Airport was unveiled, showcasing massive glass windows and artwork that blends seamlessly into a transportation hub that will serve over 25 million people a year.

"This is the biggest public works project in the history of our state," Salt Lake City Council Chair Chris Wharton said at a ceremony Thursday.

The new airport is being completed on-time and on-budget, said Mayor Erin Mendenhall. It cost over $4 billion and did not involve a penny of local tax dollars, the mayor told FOX 13.

"Not a single local dollar was spent on this. It was within the airport from the fees of the passengers and very good fiscal management over the past couple of decades," she said.

The new airport is estimated to bring a $5.5 billion economic impact to the state. Delta Air Lines has also signed a contract to keep it as a hub until 2034.

It's a marked improvement over the existing Salt Lake City International, which was built in the 1980s. That facility hasn't really been updated and exceeded passenger capacity years ago. The new airport is over four million square feet with two separate levels for departures and arrivals, as well as some other interesting features:

Greeting travelers is "The Canyon," a massive art installation that spans the length of the terminal. Art is built into the airport in many places. It was by design, said artist Gordon Huether.

"Travel is almost always stressful, and what we want to do with the art with the natural light, with the architecture and all of that, is we want to flip that whole dynamic of feeling stressed and feel inspired and a sense of calm," he told FOX 13.

Floor-to-ceiling windows throughout the airport highlight the mountains as people arrive in Salt Lake City. For some, they change planes and never step foot in the rest of Utah. But the design is meant to tease people into staying and exploring the rest of the state.

The building is also environmentally friendly. It's LEED Gold certified and ground vehicles owned by the airport are electric. There's expanded electric charging facilities and even a dedicated ride share lane at arrivals to avoid traffic congestion and idling.

"It's spectacular!" exclaimed Maureen Riley, who envisioned the concept of the new Salt Lake City International Airport when she served under Mayor Ralph Becker. Recently retired, she returned for a tour of the facility she helped create.

"While it was a lot of work, the reward you can just see! It’s just… this is when dreams come true when you see something like this happen," she said.

Mayor Mendenhall said it's something for Salt Lake City to be proud of.

"This is probably the happiest moment Salt Lake City’s been able to celebrate in the last couple of months. Being on time with a project that started seven years ago. It’s made it through the pandemic recently, earthquakes, and here we are opening on-budget," she said.