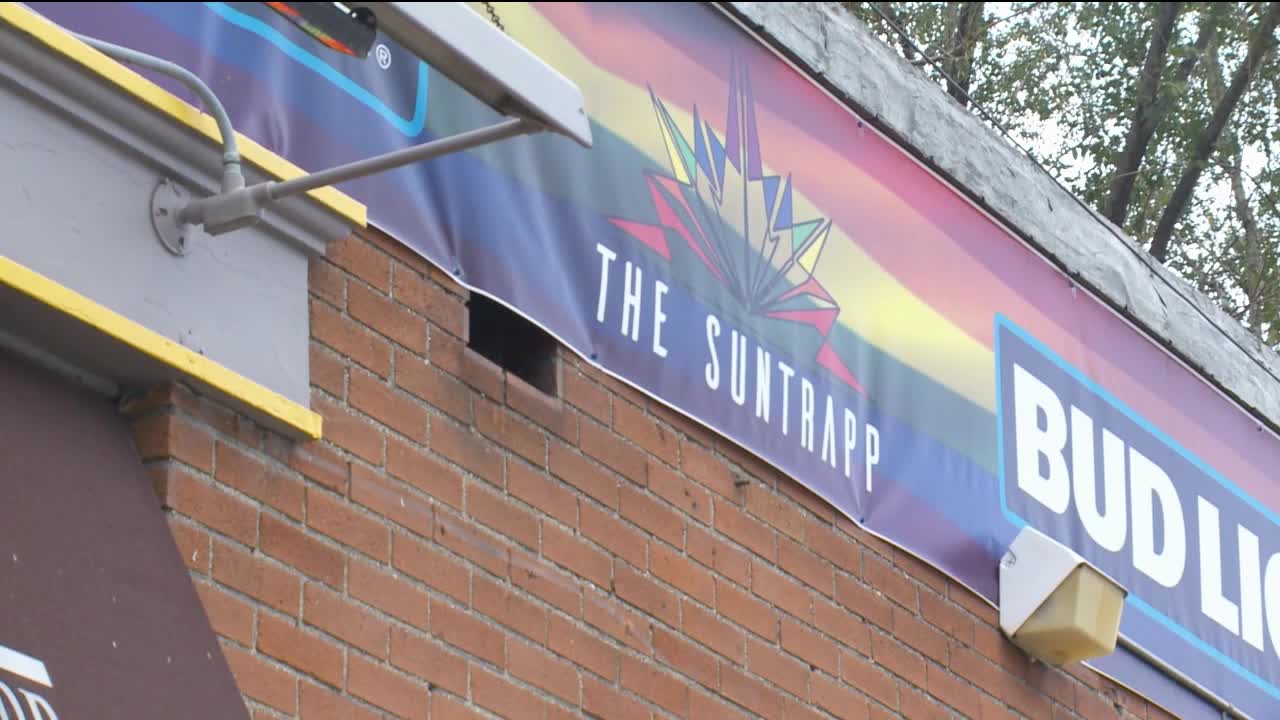 Two men were arrested Friday night after being kicked out of The Sun Trapp Bar in downtown Salt Lake City.

SALT LAKE CITY — Two men were arrested Friday night after being kicked out of The Sun Trapp Bar in downtown Salt Lake City.

Micheal Repp, patron liaison with The Sun Trapp, said it’s very concerning that this could have been a targeted attack.

“This could have been a targeted, planned out situation based on the fact they waited an hour to get into our business. They were in our business less than 20 minutes,” he said.

Two men and a woman waited over an hour to enter The Sun Trapp Bar Friday evening, and once they entered, things quickly escalated, Repp said.

“One of the males literally grabbed our door girl’s breasts,” he said.

The individual, identified by Salt Lake City Police as Danny Garcia, was immediately removed from the bar, Repp said. There was a physical altercation between Garcia and a staff member. One of the people who came with Garcia, identified as Anthony Lazano by police, then came outside and there was another altercation, Repp said. Garcia pulled out a gun and began to threaten the staff, Repp said.

“He literally had the gun an inch away from their face,” Repp said of Garcia allegedly pointing the gun at his staff member.

Other staff members immediately had everyone at the bar go inside and shelter in place to ensure they were safe.

Garcia and Lazano began to walk away towards North Temple, according to police, and Garcia fired his gun multiple times into the air. A regular at the bar, who has previous law enforcement experience, followed the two suspects from a distance while on the phone with dispatch, Repp said. When police arrested Garcia and Lazano, the gun was found in a bush and was identified as a stolen weapon, according to police. The two suspects are facing multiple charges.

Salt Lake City Police responded to the situation immediately and Repp said he wanted to thank them for their work.

“Amidst everything going on, they protected our community 100 percent last night,” he said.

Through all of this, Repp said he hopes this helps people realize we all need to come together.

“It is important that at this very moment, that each and every facet of our community come together and understand that tearing one and other apart is only going to continue to get worse,” he said.

Now, the bar will have additional security including new metal detectors, and people will be searched in addition to the bar’s dozens of cameras and security measures already in place, Repp said.