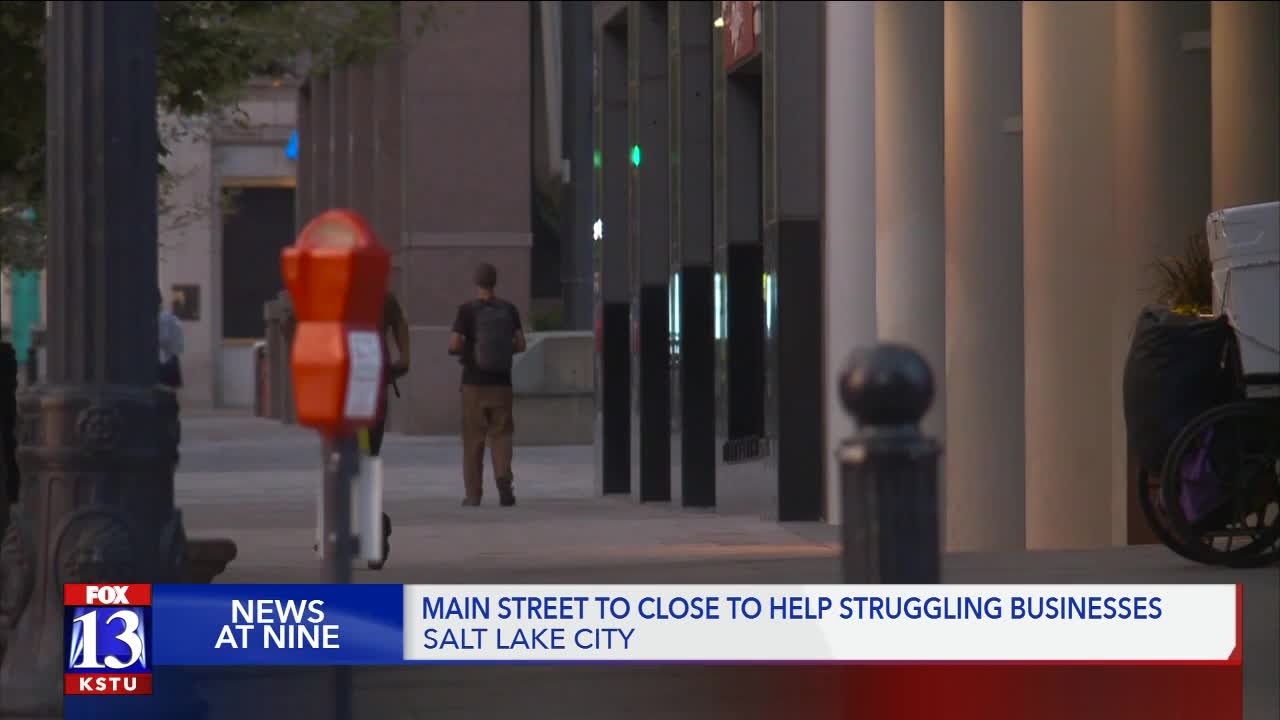 Every Thursday-Saturday from 6-10 p.m. through Oct. 10, sections of Main Street between Exchange Place and City Creek Center will close to vehicles to allow restaurants to follow social distancing guidelines with expanded open-air eating.

SALT LAKE CITY — Even if the kitchen stayed busy Tuesday evening as chefs transformed food orders into meals, White Horse Spirits and Kitchen still served it all up with social distance.

With tables six feet apart, the restaurant isn't catering to as many people as usual.

"We're at 50 percent capacity, is what we're allowed to do," said executive chef Matt Crandall.

Crandall, who is the food and beverage director for the Bourbon Group — which owns White Horse, Whiskey Street and Bourbon House — explained how that impacts their bottom line.

"We're at the point where the restaurant margins are really hard to meet anyway, and being down 50 percent in our revenue is... we're just trying to break even right now, to be honest with you," he said.

Later this week, they'll be able to expand the square footage at both White Horse and neighboring Whiskey Street — allowing them to seat more people.

The sidewalks along Main Street will become restaurant space, and the street will transform into the sidewalk for the Downtown SLC Open Streets program.

People will be able to stroll, listen to live music, look at art and eat at a restaurant, explained the Downtown Alliance.

"There will be performers, musicians, artists all along Main Street for four blocks," said Downtown Alliance executive director Dee Brewer.

It might seem that an idea like this came out of getting creative during COVID-19, but Brewer explained that they wanted to create this event before the pandemic began.