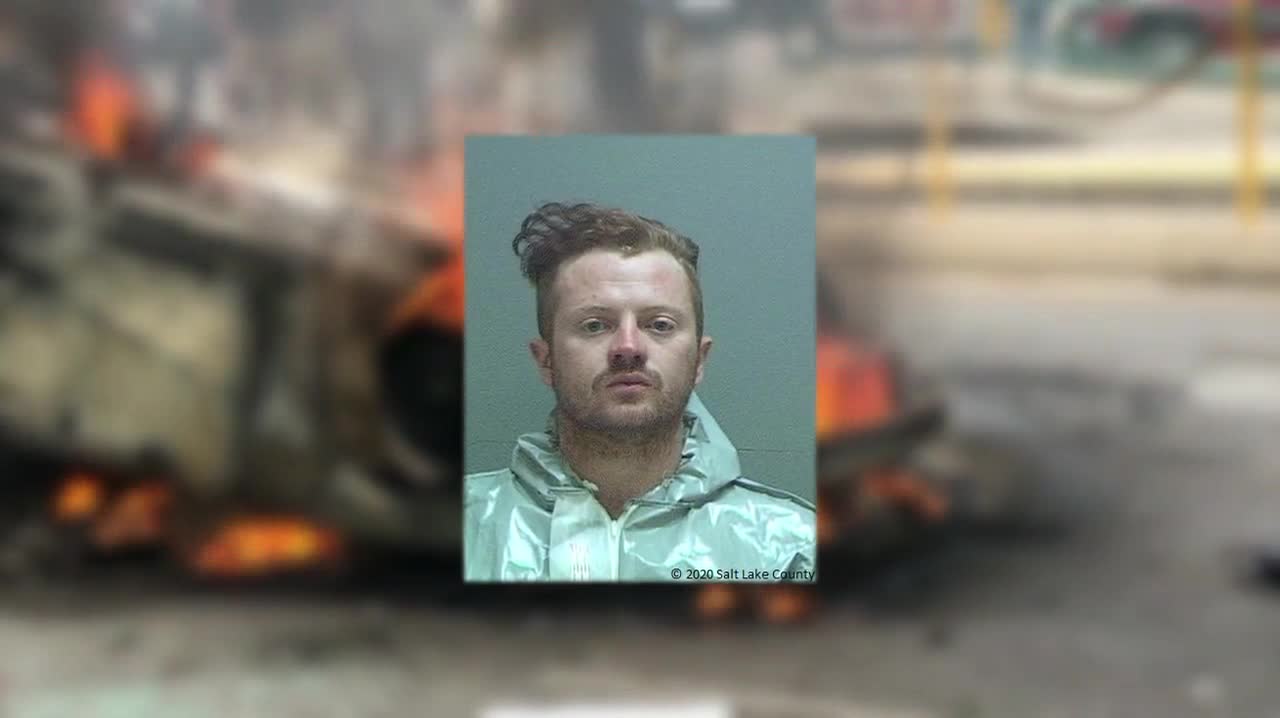 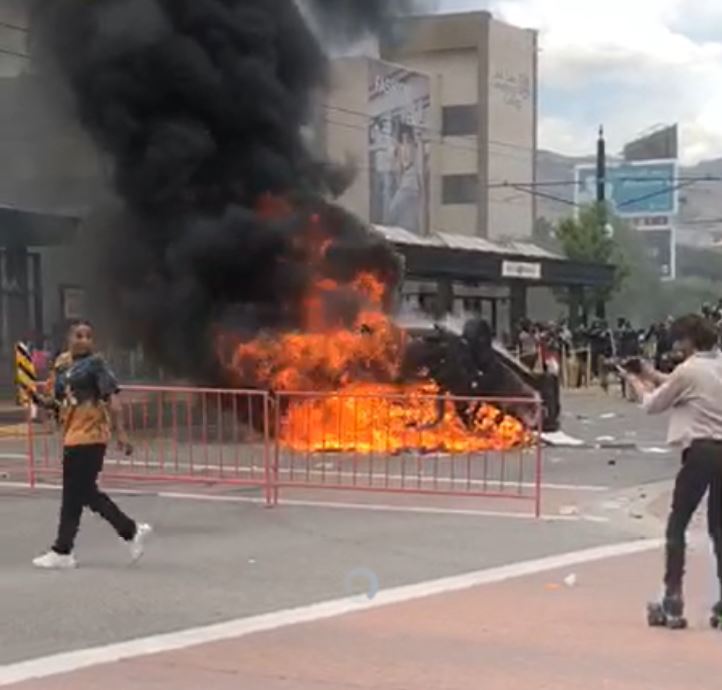 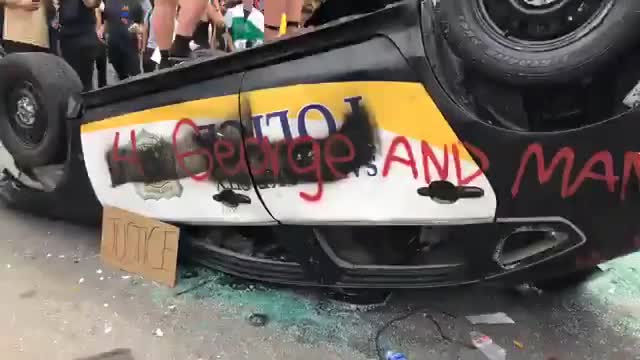 NOTE: A previous version of this story erroneously reported that a Salt Lake City Police Officer was inside the vehicle when it was set on fire. This was not the case.

SALT LAKE CITY - Two men face charges of felony arson in connection with the burning of a police car during a violent downtown riot on Saturday.

"This is a federal felony with a maximum penalty of up to 20 years and a minimum mandatory penalty of five years in a faraway federal prison," said US Attorney John Huber.

According to a complaint filed in federal court, video footage from the riot shows Patton tossing a combustible substance onto the flames causing the flames to increase.

Chief Mike Brown said one of his officers was still in the car moments before it went up in flames.

“One of our officers had to go in with that crowd, that was extremely angry, and pull that officer out,” said Brown.

The officer was saved, but the fire destroyed the patrol car.

Police said a crowd of protesters smashed the police car with items like skateboards and pipes, then overturned the vehicle.

"[Patton] ... was seen on video damaging the police vehicle by kicking the roof. [Patton] was also seen on video lighting the vehicle on fire using what appeared to be a substance," a statement of probable cause said.

Police said they identified Patton as a suspect by a physical description of him, the clothes he was wearing and his tattoos.

Patton was taken into custody Tuesday evening. Newbins turned himself in to police.