SLCPD to undergo 'zero-based budget' exercise in response to protests 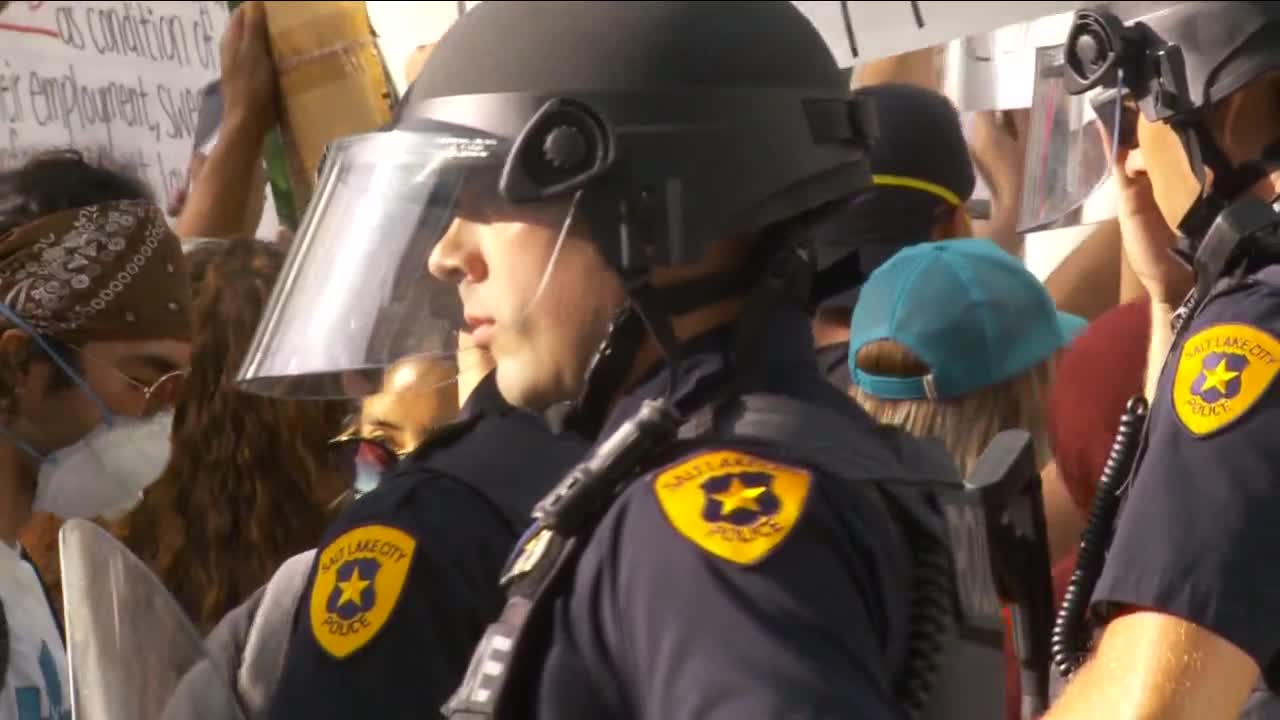 The Salt Lake City Council will conduct a budgeting exercise slashing the police department's funding to zero and building from there. SALT LAKE CITY — The Salt Lake City Council will conduct a budgeting exercise slashing the police department's funding to zero and building from there.

It is in response to ongoing protests against racism and police brutality with calls to "defund the police," Council Chairman Chris Wharton acknowledged.

"It’s in response to all the calls for reform and increased transparency that we’ve seen in Salt Lake City and across the country," he told FOX 13.

The exercise will not actually "defund the police," but will use an auditor to run budget scenarios where the police department's funding is taken to zero dollars and costs are added on for officer salaries, patrol cars, equipment, etc. Plans for the activity were announced in July, but have accelerated in recent days.

In a typical city budgeting process, the Salt Lake City Police Department comes to the council with requests for increases or decreases in funding based on the previous year's numbers. For the most recent budget year, the police department's budget was nearly $80 million.

"The idea is with that we’ll have a much greater understanding of how the police expenditures align with what our goals are for Salt Lake City and with the expectation of residents for more transparency and accountability," Wharton said.

"In the spirit of being open and transparent, we look forward to working with the Commission on our budget and believe going through the exercise of doing a zero-based budget will be both informative and constructive," he told FOX 13 in a statement.

Advocates for slashing police funding were thrilled at the idea. For months now, council members have been inundated with demands that police funding be reduced and reforms be instituted.

"I love this so much," said Lex Scott, the founder of Black Lives Matter Utah. "The fact that the city council is hearing our voices."

She praised Wharton for instituting the budget exercise and said she hoped it would have real-world implications come next budget year. She said the council can now look at why exactly Salt Lake City Police have purchased military-grade gear.

"The police have been using the city council as their personal piggy bank since they’ve existed. We need to track the funding and make sure that it’s allocated to the right places. They shouldn’t have an MRAP (mine-resistant ambush protected vehicle). They shouldn’t have a tank. They shouldn’t update their riot gear every year," she said in an interview Monday with FOX 13.

Instead, Scott said she would like to see taxpayer dollars go to fund more body cameras for officers, less-than-lethal weaponry and social services.

Acknowledging the zero-based budgeting exercise could lead to changes with the police department, Wharton said they will look at where taxpayer money goes and whether it's a wise investment.

"We’re not going to take money from the police and just spend it on parks or something like that. We’re going to take that money that’s already earmarked for public safety, but it may go to like a crisis intervention team or co-responders, like social services, social workers and things like that," he said. "Or it may go towards programs that prevent crime from happening rather than dealing with crime after the fact."

The city council is soliciting public comment on the zero-based budgeting exercise until Oct. 9. Residents can submit comments here. Municipal budgeting typically begins in March. Under Utah law, cities must pass a balanced budget by the end of June.