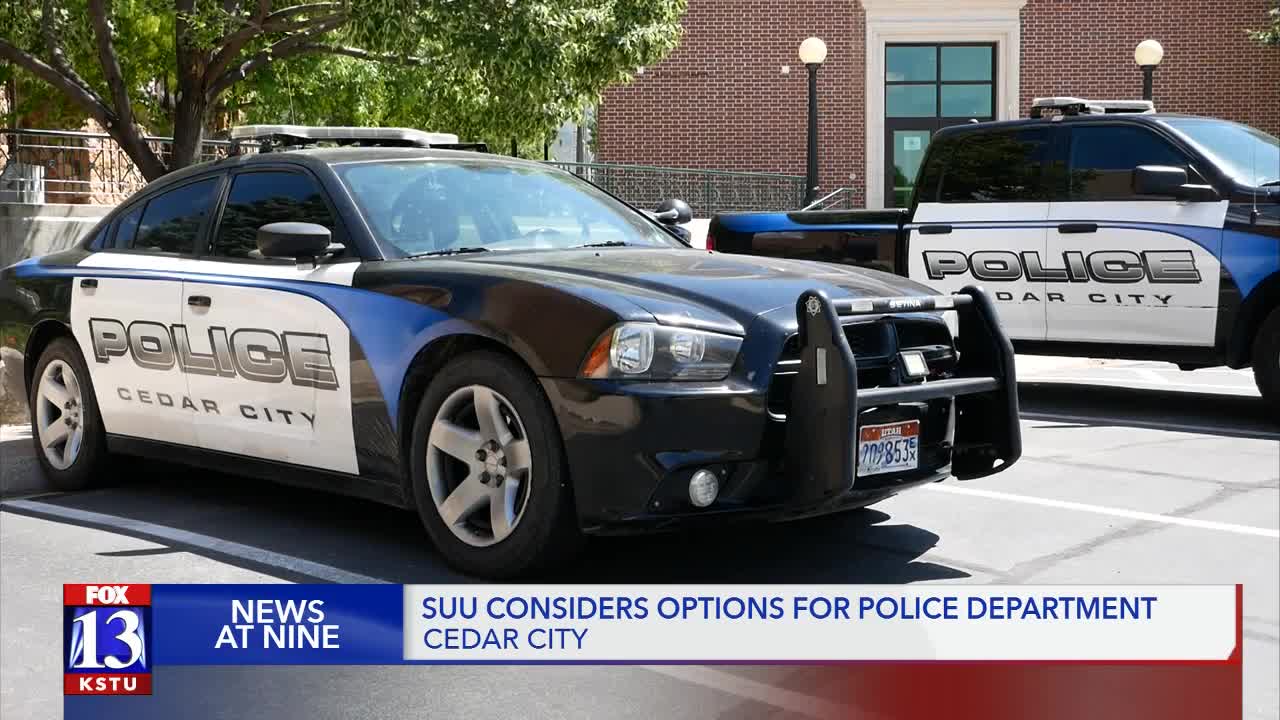 In early May, Southern Utah University President Scott Wyatt spoke with Cedar City officials about the possibility of combining police resources with the city.

“There’s no decisions, all we’re doing is having conversations,” Wyatt said to FOX 13 on Monday. “What we want is good, immediate response to anything that might happen on campus, a department that's very familiar with us, willing to engage with us and our students.”

“It’s kind of unknown. It just depends on the amount of calls for service with the amount of officers that we’re allowed to obtain through this proposal,” Cedar City Police Sgt. Clint Pollock said to FOX 13 about the current state of the discussions. “It would definitely take more personnel to be able to fulfill, I think, a lot of what they have going on over there.”

Some former students and community members have voiced their concern with the discussed change. Their concerns range from the relationship that Cedar City Police can have with students and faculty to the future of the six officers currently employed by the University.

“I don’t know how many or what would occur. We have a very small department, not all of them would lose jobs for sure,” said Wyatt, having not seen a proposal from Cedar City Police as of Monday. Wyatt told FOX 13 that he spoke with SUU officers before speaking with Cedar City officials in early May.

“If we were able to absorb their positions, all of their positions I think it would be a lot easier for everybody,” echoed Sgt. Pollock. “We’ve got a very close relationship with each one of those officers over there, we work well together.”

Wyatt almost mentioned having conversations with others in law enforcement during the legislative session earlier this year.

“We’ll either find a way to have the same quality for less money, or better quality for the same money,” said Wyatt, citing overall discussions regarding ways to save tax dollars within the Utah System of Higher Education with the Board of Regents. “Why would two government agencies in such a small space have duplicate of services when we could actually team up together and make it stronger?”

Since the proposal hasn’t been completed, there’s no timetable for completion. Wyatt speculated it could take months, while Cedar City Police believe it could happen "very shortly within this year.”

As part of frequent community forums, SUU President Scott Wyatt and Provost Jon Anderson will discuss the university’s plans for fall semester 2020 and will be open to questions.