Alta High School was shut down due to COVID-19 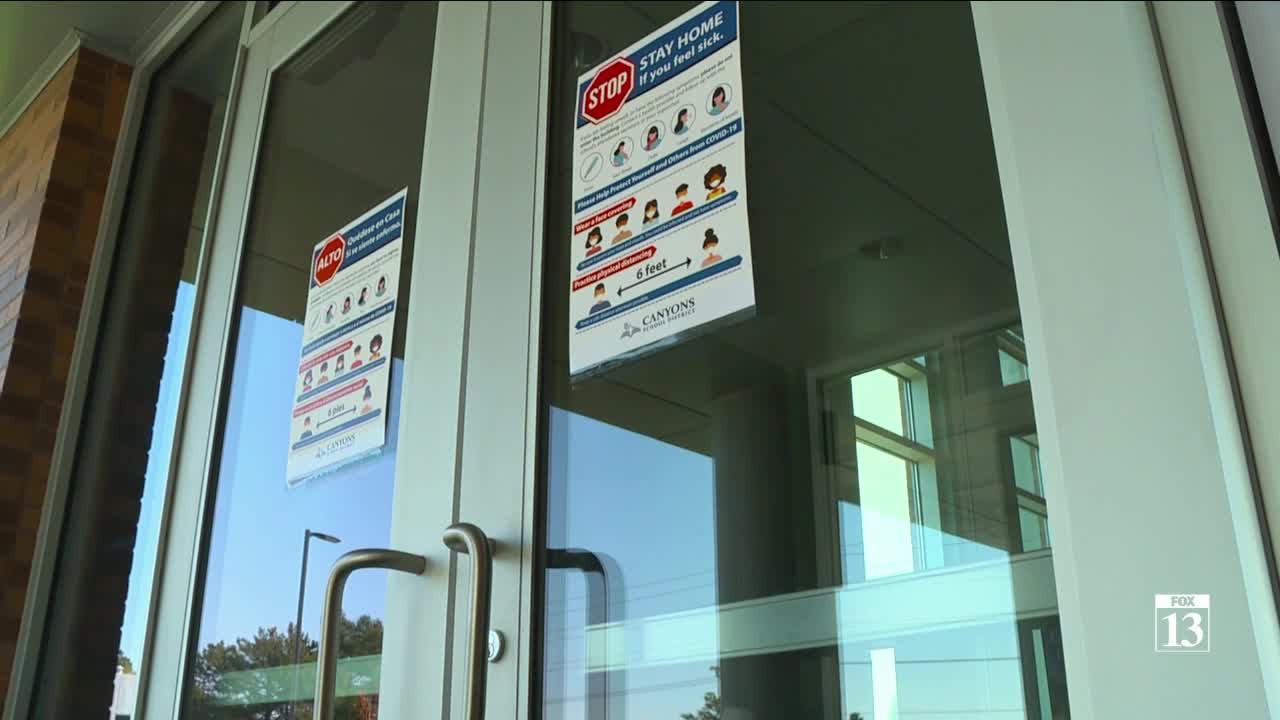 ALTA, Utah — A video circulating on social media shows a high school cheer team getting together on school grounds for a planned dinner.

Alta High School had officially closed their doors due to a spike in COVID19 cases.

What appears to be a fun night, posted to social media — for Samantha Shirley, Merin Maughan and Emma Raymer felt more like a message.

“We’re not a priority at our school and I think that has to change,” said Maughan, a Junior at Alta High School.

Softball practice and so many other activities were cancelled when Alta closed their doors following a surge of COVID19 cases across the State.

“I’m on debate and choir and I’m not allowed to meet with them either,” said Shirley, a Junior on the Alta High School Softball team. “To see this school group meeting together made me mad that they get to meet and we don’t.”

While cases go up, Shirley said she worries her grades will go down — something she saw months ago when school shut down until August.

“I failed four classes and to think that we may be shut down again is confusing and frustrating,” said Shirley.

Though Raymer said she enjoys online class, she knows others thrive with face to face lessons in the classroom.

The video circulating, to Raymer, said more about where her fellow student’s priorities are.

”It doesn’t matter how much you want your football game or your cheer meet,” said Raymer. “The academics of the students are more important than that.”

Many students and parents emailed the principal attaching the video or pictures shared on social media.

The principal’s response to Maughan mentioned he would meet with the head coach to discuss what happened.

“There will be repercussions as a result,” his email to Maughan stated.

A Canyons District spokesman said in a statement to Fox 13 News that the dinner was planned before the district shut down school.

The spokesman also stated the event was approved “with the understanding that mask-wearing (when not eating) and physical distancing would occur.”

What happened “concerns us,” wrote the spokesman. “We will take some swift and appropriate action in response.”

For Shirley, Maughan and Raymer, they hope this will not jeopardize their ability to return back to school in two weeks.

Alta High School has cancelled all other homecoming events and the class of 2020 senior dinner that was planned for Friday.