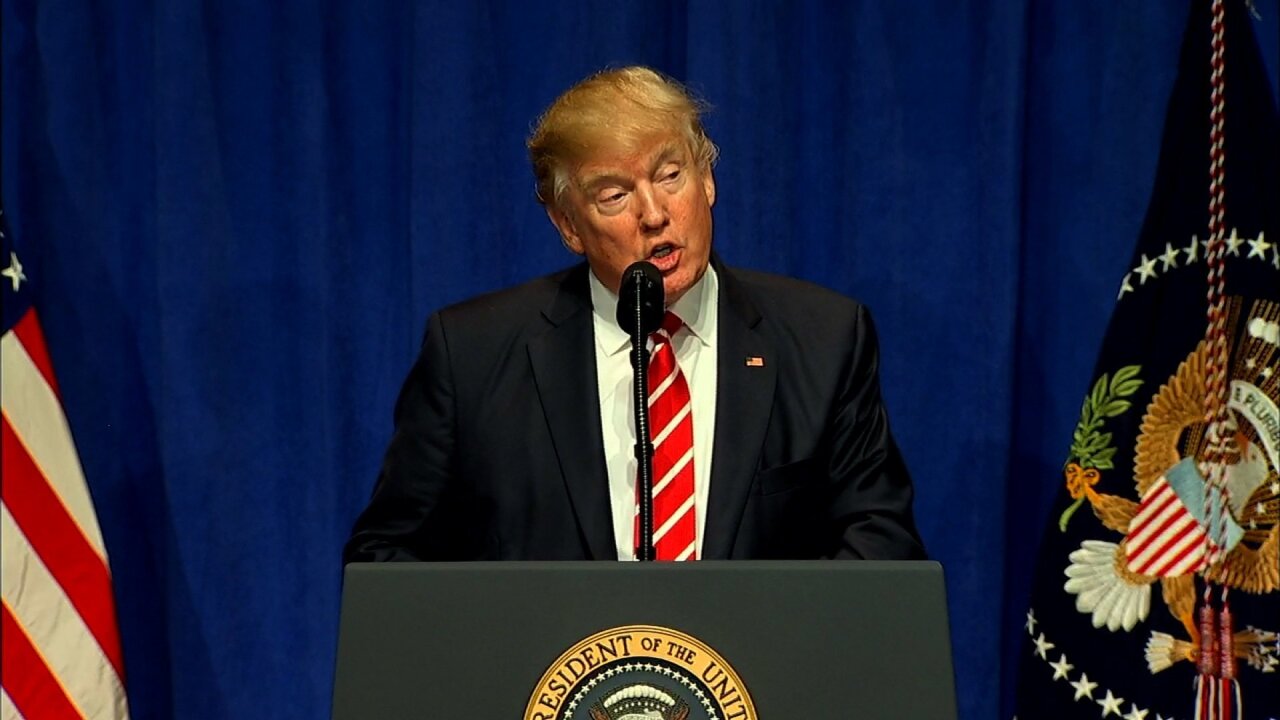 SALT LAKE CITY — The Senate President and House Speaker quietly issued a citation thanking President Trump for his work on behalf of the people of Utah.

There was no presentation on the floor of the House or Senate. The citation was sent to the White House.

It's in response to the controversy surrounding Utah Sen. Mitt Romney's vote to convict President Trump in his impeachment trial. That sparked a resolution to censure Sen. Romney in the Utah State Legislature. There was also a bill that would recall a U.S. Senator. The House Speaker told FOX 13 neither bill ultimately would go forward in the legislature.

Some on Utah's Capitol Hill worried that President Trump might seek retribution on the state for Sen. Romney's vote, which prompted discussion of a resolution to thank the president for his work. However, after negotiations between Senate President J. Stuart Adams, R-Layton, and House Speaker Brad Wilson, R-Kaysville, it was scaled back to a citation.

"I think he's a great president, I hope we can move forward," Sen. Adams told reporters on Thursday.

A citation is similar to a resolution. However, it avoids a debate in the chambers where Democrats could take to amending it or being vocally critical of the president in the Republican-dominated legislature.

The House Minority Caucus was critical of what GOP leadership did. In a statement, Democratic leaders on Capitol Hill said it was not discussed nor voted on.

"The citation fails to mention the Administration’s many problematic issues, policies, and attitudes that have hurt Utahns, particularly around issues dealing with air quality, refugees, immigrants, education, disregarding the protection of our public lands, and growing our national deficit," the statement said.

"The House and Senate require that citations from our legislature are reserved for Utah citizens only. Ignoring processes, established policies, and the rule of law may be the norm for Donald Trump," House Democrats said. "But we cannot afford to have us adopt those standards in the state legislature. That is not in alignment with Utah values. "