This is the proposed new Salt Lake City flag 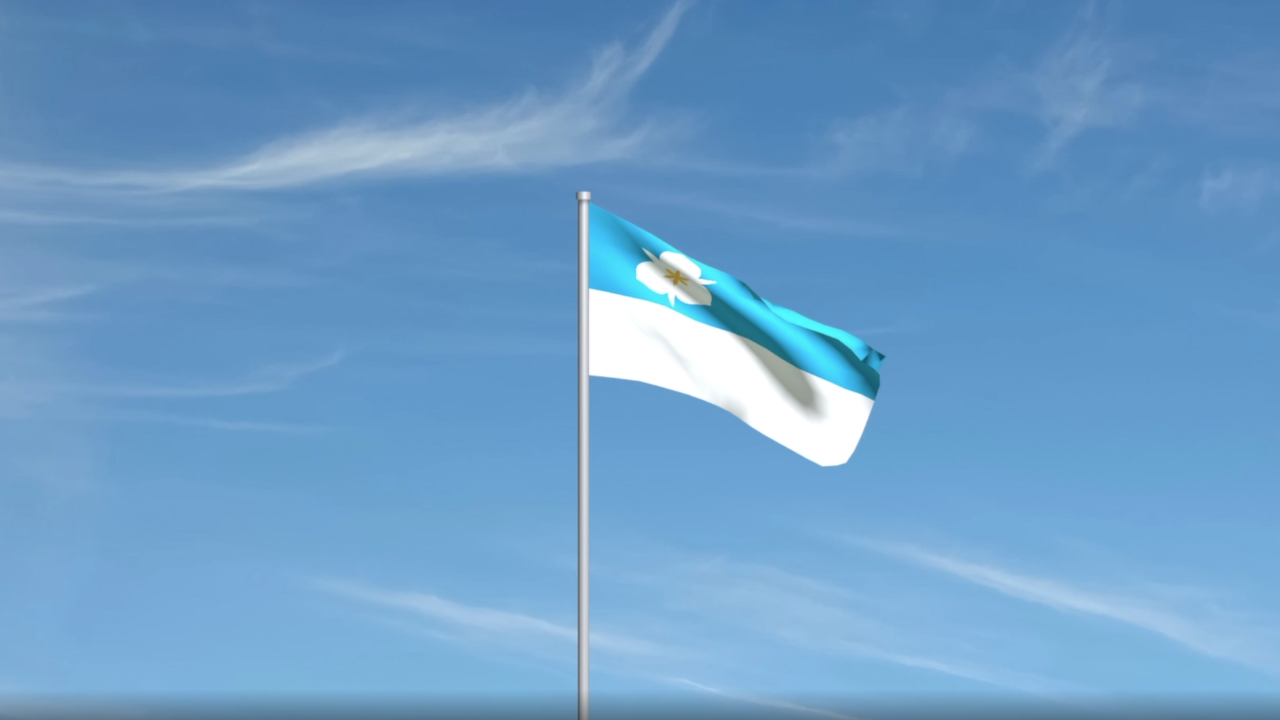 The flag, a combination of a number of elements submitted in a design contest, features a Sego Lily, Utah's official state flower, over a blue and white backdrop. It was designed by two students at West High School -- Arianna Meinking, 18, and Ella Kennedy-Yoon, 17.

"We’re in a once-in-a-generation moment of change and there’s no more perfect time for our City to unite under a new symbol that personifies and unites us all. I believe this is the design that can take us forward, together," Mayor Mendenhall said in a statement announcing she'd forwarded the design to the Salt Lake City Council for consideration.

The city received more than 600 entries in a flag competition, and a committee narrowed it down. The flag had to meet principles of good design including: Keep It Simple, Use Meaningful Symbolism, Use 2-3 Basic Colors, No Lettering or Seals, and Be Distinctive or Be Related.

The top contenders were a stylized black honeybee overlaying a golden honeycomb centered on horizontal bands of sky blue and white; and the other, a white and golden-yellow sego lily centered on an isosceles triangle of deep blue, under sky blue triangles.

The mayor's office said the blue and white backdrop can symbolize snow, the Great Salt Lake or the sky and salt. The Sego Lily symbolizes resilience.

Meinking has lived in Salt Lake City her whole life, recently graduating from West High School. She’s preparing to attend Harvey Mudd College in California, but expects to return to the City, which is also where her family lives. Meinking said the thing she loves most about the City is that it offers a lifelong community of people who value each other and where they live.

“I am honored to have my design chosen to be part of what represents Salt Lake City. This opportunity is encouraging me to make a difference. I hope this flag will grow to become a symbol of the kindness and community that Salt Lake City embodies,” said Kennedy-Yoon in a statement released by the city.

The Salt Lake City Council will hear from the Mayor on the process and selection Sept. 29. The Council will vote on adopting the design as the City’s new flag on Oct. 6.