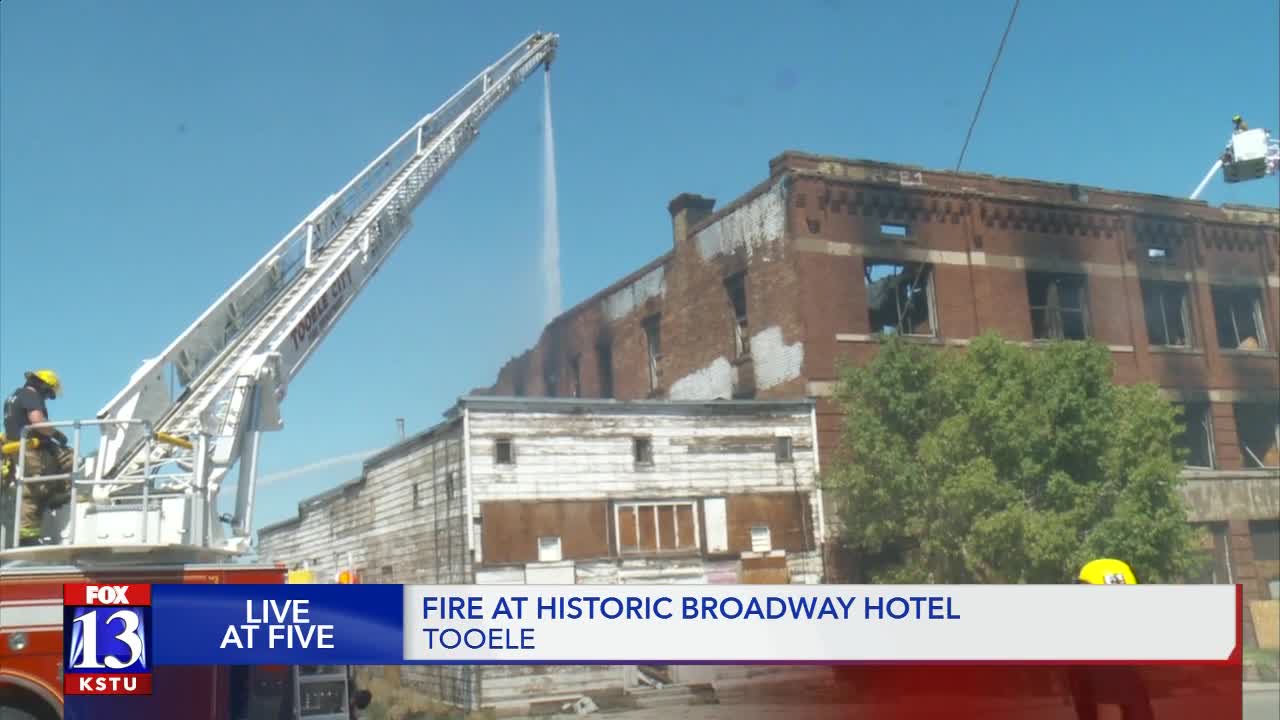 Chief Chris Shubert with the Tooele City Fire Department said the cause of the fire is “undetermined but suspicious.”

The building, which has been vacant for years, is a familiar location for firefighters.

The fire was considered too dangerous to fight from the inside. Apartments next door to the Broadway Hotel also sustained smoke damage.

“Vacant buildings are difficult. It’s strictly defensive,” Shubert said. “We don’t want to send our guys into harm’s way for anything unneeded.”

“That’s been boarded up since I was a kid!” said Frank Gallo, who has lived in Tooele for 30 years. “You talk to anybody in Tooele? They think down on Broadway (Avenue).”

Neighbors tell FOX 13 there always seems to be a story in the news about how the property is supposed to be restored, but all they see is an occasional construction worker putting plywood back on the windows.

“It’s an eyesore to me. It’s an eyesore,” said Tommy Martinez, who has lived in Tooele for 52 years. “About a month ago right across the street there was another building that was on fire. Same thing. Been sitting there for years and years.”

“This town has not done anything with Broadway for years,” Gallo said. “They say they’re going to do something. They say it, but just nothing really gets done.”

According to an article in the Transcript Bulletin written on July 4, 2019 – almost exactly one year ago – crews were supposed to begin restoration work by April.

Even on July 5, 2020, neighbors said they doubt the fire was ignited by fireworks because the fires they’ve seen in the past are typically caused by someone who was not supposed to be living inside.

Now some want the building gone for good.

“Well I don’t think it can be restored anymore!” said Manny Manusakis, who has lived in Tooele for 43 years. “I hate to knock down buildings because just to get permits anymore to build a new one costs an arm and a leg… It would be easier if they remodeled it.”

“I would say just knock it down,” Martinez said. “Start all over.”