UDAF: More than 100 Utahns have received mystery seeds in the mail 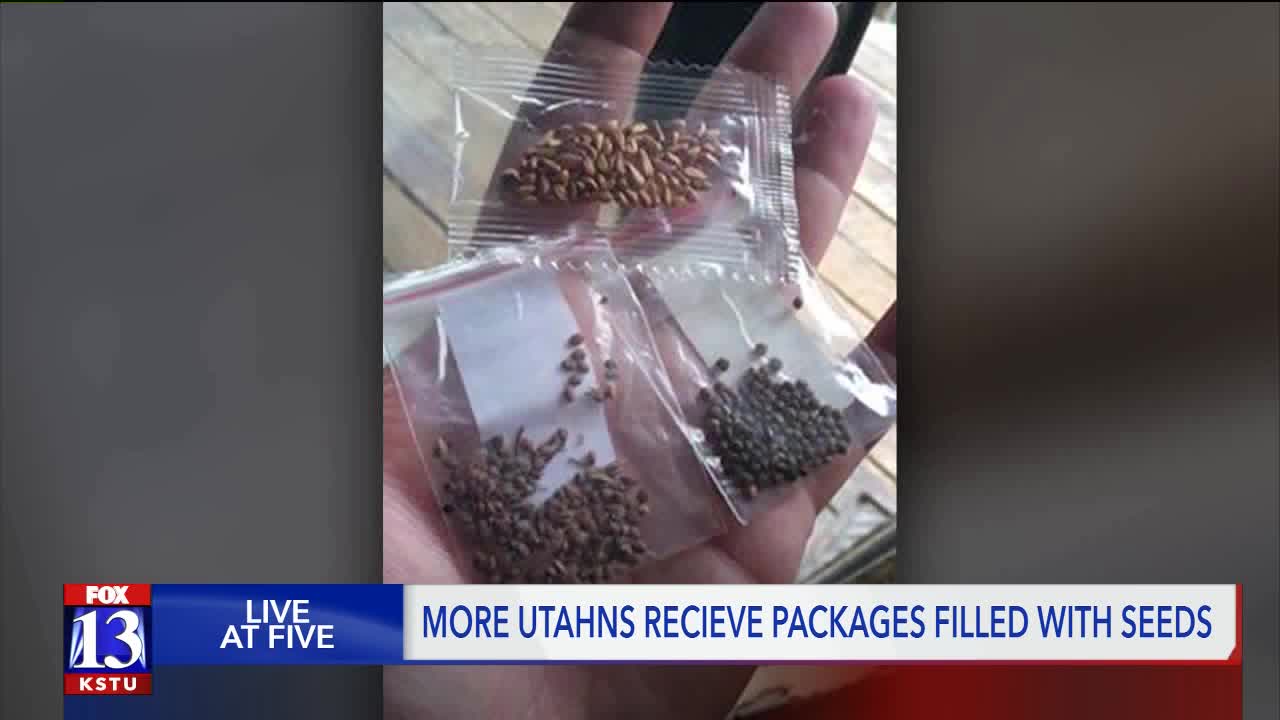 People in more than a dozen states across the United States have reported receiving mystery seeds in the mail, even though they never ordered them. Here in Utah, the Dept. of Food and Agriculture (UDAF) said they know of at least 125 cases of people receiving the seeds and the number is climbing.

SALT LAKE CITY — People in more than a dozen states across the United States have reported receiving mystery seeds in the mail, even though they never ordered them.

Here in Utah, the Department of Agriculture and Food (UDAF) said they know of at least 125 cases of people receiving the seeds, and the number is climbing.

“We have received packages from Malaysia, Kazakhstan, Uzbekistan, but a majority of those have been from China,” said Robert Hougaard, the director of plant industry for UDAF.

Some of the seeds have been tested and there has been a wide variety of seeds from plants we have in Utah like roses to ones we don’t, like a Chinese Bush Clover which would be an invasive species, Hougaard said.

“There just seems to be a variety that makes not a lot of sense of why we are getting these seeds,” UDAF Commissioner Logan Wilde said.

There are about 600 invasive plant species in Utah, according to Dr. Mitchell Power, a professor of geography and curator of botany at the Utah Natural History Museum.

Some of those species have had a negative impact.

“Saltcedar is in all of our major water systems now, cheatgrass is all throughout the Great Basin and has changed the fire regime,” he said.

The unknown type of impact an invasive plant species can have is the biggest concern, Power said.

“Say out of 1,000 introduced species, about 100 of those will manage to escape in the wild and then maybe 10 would be established and then likely one would become a real pest,” he said.

The USDA is aware of the seed scam happening in many states and released a statement:

"At this time, we don’t have any evidence indicating this is something other than a “brushing scam” where people receive unsolicited items from a seller who then posts false customer reviews to boost sales."

Taylorsville resident Laurie Fox is one of many people in the Beehive State to receive seeds in the mail from China.

“I thought it was strange, especially coming from China, and it said 'stud earrings,'” she said.

Once she saw the package contained seeds, she was confused — and even more so when she received the second package of seeds.

“With everything going on, what the heck? What’s next?” she joked.

After her daughter shared an article about the seeds scam, Fox decided to drop her seeds off at the UDAF.

Utahns who receive the seeds in the mail are asked to drop them off or mail them to the UDAF or bake them in the oven at 200 degrees Fahrenheit for 20 minutes before throwing the seeds away. People who have planted the seeds are asked to pull the plants up, bag them and throw the plants away.

The seeds can also be dropped off at the UDAF, located at 350 N. Redwood Road in Salt Lake City.

UDAF is working with state and federal partners on the seed scam.